After many years with RCA, Hawkins' contract was not renewed in mid 1950 and he quickly signed with Decca subsidiary Coral Records.

Here is half of his output from his first recording session with the relatively new label. 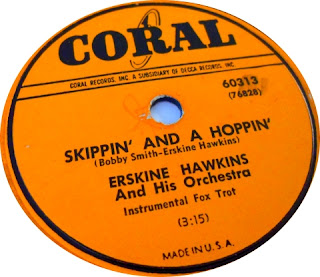