Just scored my first Sunrise label. Or rather, I should say, Mom got it at an estate sale that I had tipped her off about located on the outskirts of Wilmington, NC.

Not much information on the label judging from the briefly mentioned blurb in an excerpt from Bluebird Record's wikipedia entry...

In July, 1932, appeared the first, short-lived Bluebird record, along with an identically numbered Electradisk record sold at Woolworth's. These 8" discs, probably an early form of test marketing, may have sold for as little as 10c. Bluebirds bore a black-on-medium blue label; Electradisks a blue-on-orange label. Credit for establishing the label is given to Victor's executive Eli Oberstein, who had previously set up the distribution deal to press the independent Crown label.

Electradisks in the 2500 block were dance band sides recorded on two days in June, 1932. These very rare issues were given Victor matrix numbers but the 4 digit matrix numbers on the 78 look more like Crown Records (this independent label had its own studios, but its product was pressed by Victor). The few records in that block that have been seen, resemble Crowns; leading to speculation that all were recorded at Crown.

In May, 1933, RCA Victor restarted Bluebird as a 35c (3 for $1) general-interest budget record, numbered B-5000 and up, with a new blue-on-beige label (often referred as the "Buff" Bluebird, used until 1937 in the US and 1939 in Canada). Most 1800-series material was immediately reissued on the Buff label; afterwards it ran concurrently with the Electradisk series (made for Woolworth's).

Another short-lived concurrent label was Sunrise, which may have been made for a store chain (very few discs, and essentially no information, survive). Sunrise and Electradisk were discontinued early in 1934, leaving Bluebird as RCA's only budget priced label. (RCA Victor also produced a separate Montgomery Ward label for the Wards stores.)]

[The Vagabonds were an early star act on WSM's Grand Ole Opry in the 1930s. The act was a bit different in that they had a "Traveling Unit". They wrote that it was organized so that radio audience could see in person the outstanding acts of the Opry.

They said their show was a "theatrical production" and not just an amateur routine of radio talent. Much time and money was said to have been spent so that the audience could see the "true personality" of each of the performers.

Each performer in this show was said to be a true native of the hills of Tennessee and not a synthetic product which you so often saw in theatres in the larger cities in this country.

The Vagabonds' Traveling Show appeared in some of the best theatres in the country and was said to always have attracted large crowds.

Back in the mid-1930s, the show was produced and booked under the management of the Old Cabin Company, Inc., Hitchcock Building, out of Nashville, Tennessee.] 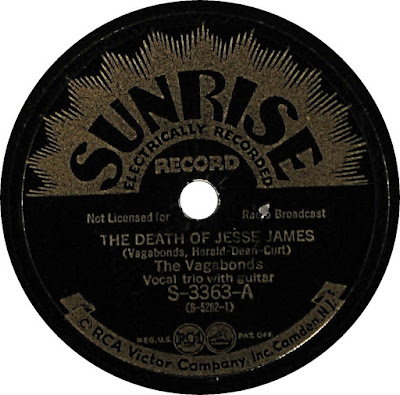 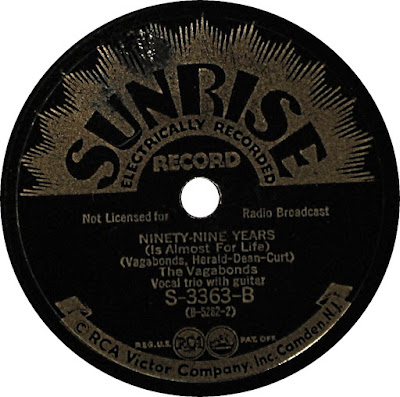 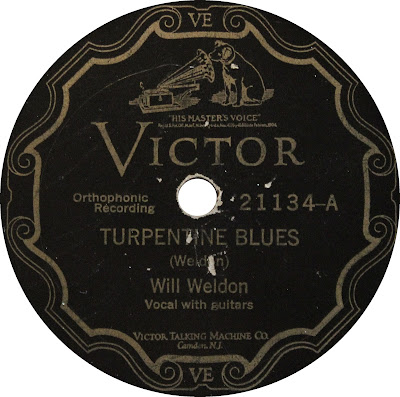 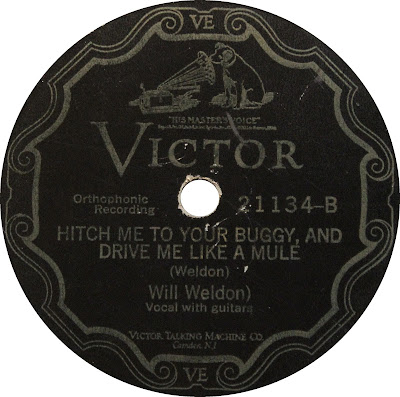 Email ThisBlogThis!Share to TwitterShare to FacebookShare to Pinterest
Labels: Atlanta, Hitch Me To Your Buggy And Drive Me Like A Mule, Turpentine Blues, Victor 21134, Vol Stevens, Will Weldon

Today has been the first record hunting opportunity in months now that soccer, tennis and gymnastic practice has come to an end. It felt good to get out and smell the musty, dusty flea markets and antique shops.

Came away with this one, which appears to be The Carter Family's last recordings on the Victor 23000 series. 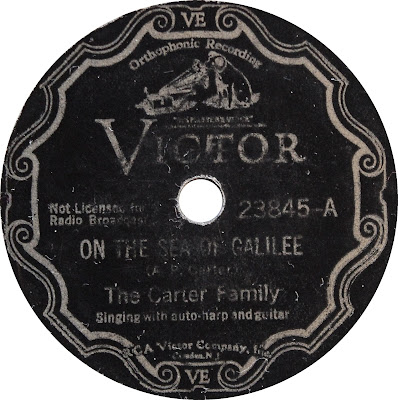 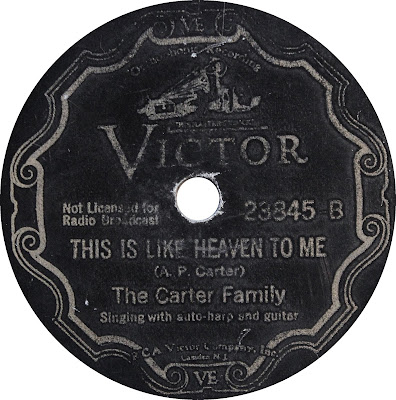 Email ThisBlogThis!Share to TwitterShare to FacebookShare to Pinterest
Labels: A.P. Carter, Carter Family, Maybelle Carter, Mother Maybelle, On The Sea Of Galilee, Sara Carter, This Is Like Heaven To Me, Victor 23845
Newer Posts Older Posts Home
Subscribe to: Posts (Atom)