Elmer Snowden (October 9, 1900 – May 14, 1973) was a banjo player of the jazz age. He also played guitar and, in the early stages of his career, all the reed instruments. He contributed greatly to jazz in its early days as both a player and a bandleader, and is responsible for launching the careers of many top musicians. However, Snowden himself has been largely overlooked in jazz history.

Born in , Snowden is remembered today mainly as the original leader of the Washingtonians, a group he brought to from the capital in 1923. Unable to get a booking, Snowden sent for Duke Ellington, who was with the group when it recorded three test sides for Victor that remain unissued and are, presumably, lost.

Ellington eventually took over leadership of the band, which contained the nucleus of what later became his famous orchestra. Snowden was a renowned band leader – Count Basie, Jimmie Lunceford, Bubber Miley, "Tricky Sam" Nanton, Frankie Newton, Benny Carter, Rex Stewart, Roy Eldridge and Chick Webb are among the musicians who worked in his various bands.

Very active in the 1920s as an agent and musician, Snowden at one time had five bands playing under his name in , one of which was led by pianist Cliff Jackson. Unfortunately, most of his bands were not recorded, but a Snowden band that included Eldridge, Al Sears, Dicky Wells and Sid Catlett appeared in a 1932 film, Smash Your Baggage. Snowden also made numerous appearances as a sideman on almost every label from 1923 on. Unfortunately, he rarely received credit, except for two sides with Bessie Smith in 1925, and six sides with the Sepia Serenaders in 1934.

Though Snowden continued to be musically active throughout his life, after the mid 1930s he lived in relative obscurity in . He continued to play throughout the 30s, 40s and 50s, but was far from the limelight. After a dispute with the musicians union in , he moved to where he taught music, counting among his pupils pianist Ray Bryant, his brother, bassist Tommy Bryant, and saxophonist Sahib Shihab (Edmond Gregory).

Snowden was working as a parking lot attendant in 1959 when Chris Albertson, then a disc jockey, came across him. In 1960, Albertson brought Snowden and singer-guitarist Lonnie Johnson together for two Prestige albums, assembled a quartet that included Cliff Jackson for a Riverside session, Harlem Banjo, and, in 1961, a sextet session with Roy Eldridge, Bud Freeman, Jo Jones, and Ray and Tommy Bryant—it was released on the Fontana and Black Lion labels.

In 1963, his career boosted, Snowden appeared at the Newport Jazz Festival. He toured in 1967 with the Newport Guitar Workshop. He moved to to teach at the , , and played with Turk Murphy. 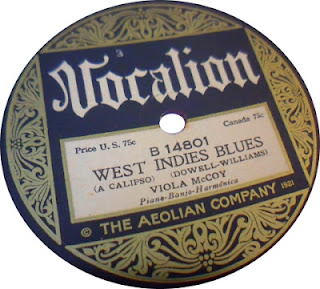 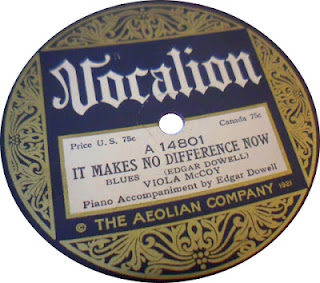 The Great Depression brought hardship to Oliver. He lost his life savings to a collapsed bank in , and he struggled to keep his band together through a series of hand-to-mouth gigs until the group broke up and Oliver was stranded in , where he worked as a janitor at Wimberly's Recreation Hall (). Oliver died in poverty at a rooming house (), on . He was buried in in the , NY, where he would be joined by other jazz giants such as Coleman Hawkins, Lionel Hampton, W. C. Handy, Milt Jackson, Max Roach, and Miles Davis, among others, all of whom owe a great debt to "Papa Joe." 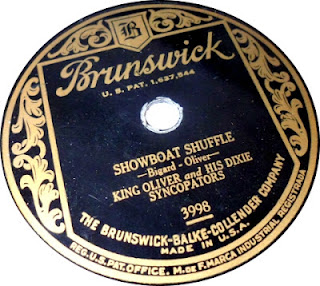 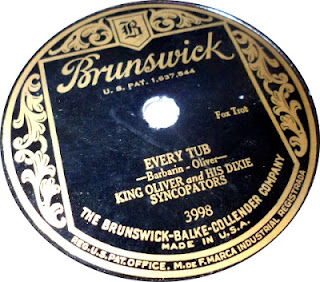 He was born in Sumner, Illinois, the younger brother of Walter and Lester Melrose who set up the Melrose Brothers Music Company in Chicago in 1918, and went on to become leading figures in the Chicago blues and jazz scene of the 1920s and 1930s.

Frank’s first instrument was the violin, but he later took up the piano. He was strongly influenced by his brothers’ business partner, Jelly Roll Morton, and in 1924 he left home and began drifting around, playing and settling for short periods in City and . He also played occasionally in clubs with Morton.

In 1929 his brother Lester recorded him performing piano solos which were released under the pseudonym of "Broadway Rastus", and in 1930, following another trip to , he recorded "Jelly Roll Blues" and other tunes. These were issued in Brunswick Records’ “race” series under the pseudonym of "Kansas City Frank", and for some years were wrongly assumed to be the work of Morton.

In the 1930s, continued to play piano in small clubs and bars, either solo or as part of a band, while occasionally working in a factory to support his family. He also recorded sporadically with Johnny Dodds and others.

He played on his last recording session in 1941 with Bud Jacobson's Jungle Kings. He died on Labor Day, 1941, being found dead in the road after apparently being killed in a fracas in a club in . 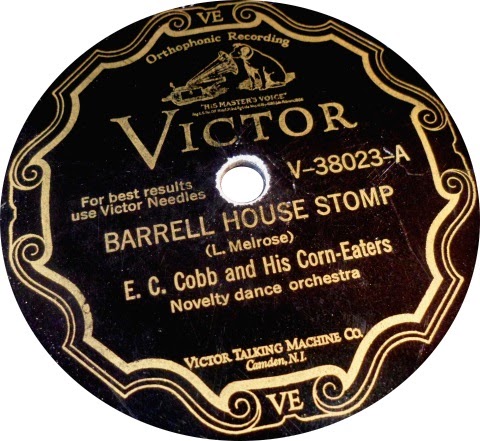 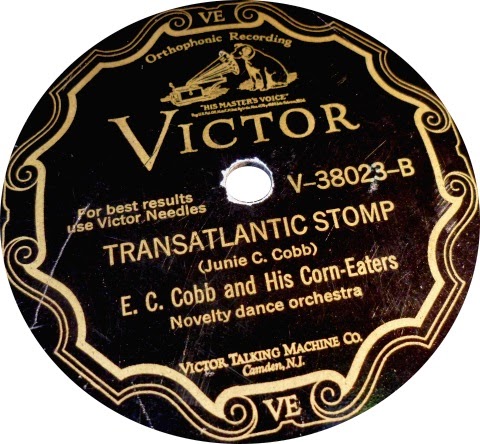 Chas. A Matson (name misspelled on the label) was an in demand piano accompanist during the twenties. Here is he with an unknown band. (Also, here he is on one of his two Edison recordings.) 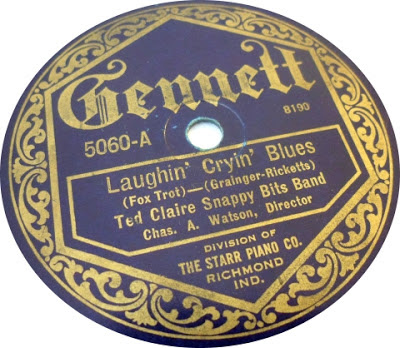 Here we have an unidentified Mandy Lee (Vaughn De Leath?) along with the Original Memphis Five, aka Ladd's Black Aces. 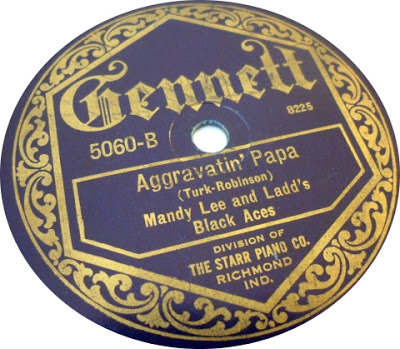 Just got another Clarence Williams disc to go along with the earlier ones posted last week. 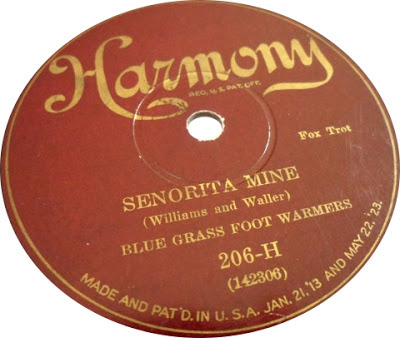 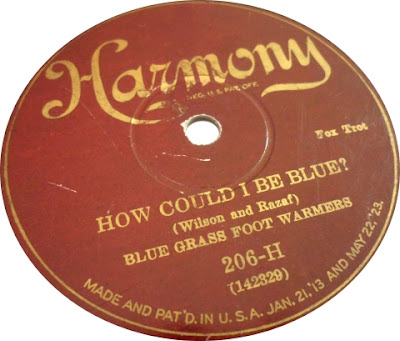