A while back, I saw an ad for thousands of 78's. I quickly called and asked what genres, artists & labels were included. Over the phone, I got, "yep...uh-huh...yep...got that one...etc." I quickly took the seats out of the van, called dad to ask if he was up for a roadtrip, threw a bunch of milk crates in the back, got a good night's sleep and headed out bright & early for the full day's drive deep into the American heartland.

We drove up to the house, exchanged greetings and were then led to stacks and stacks of shellac. We started loading the milk crates and immediately realized that these records were all predominately late 40's & 50's pop vocals. I stopped loading the van and started thumbing through each stack only to find out that these were the most common, not to mention blandest, 78's ever produced. I never found a single jazz, blues, old-time or even a Goodman on red Columbia. I had enough Doris Days, Dinah Shores & Mitch Millers back home to shingle a Sam's Club and was definitely not in need of more.

After sifting through the pile, the deal was called off and we loaded the empty crates back into the van and dejectedly drove away. Being that far from home, we stopped at a hotel for the night. I started searching on my phone for any 78's that may have been posted online for sale. I came across an ad for a little less than a thousand 78's about 30 minutes south of where we were. Made contact and set up a look-see for the next morning.

Still feeling the sting from the day before, the thought of maybe salvaging the trip brightened the mood a bit. Making our way through rural farmland, we reached our destination. A visit that should have taken 30 minutes tops, lasted for several hours. The conversation flowed very easily and many commonalities emerged.

It didn't take long to glance over the top records of each stack to realize that these were records that I would be more than happy to acquire. I easily worked out a price and proceeded to load up the van.

Getting home later that night, I couldn't sleep thinking about sorting through the rest of the records that I didn't get to see. Apart from a bunch of Blind Boy Fullers (someone must have been a fan) along with some other similar blues artists, the haul included a wonderful red Gennett with the Original Indiana Five on one side and Fess Williams & His Royal Flush Orchestra on the flip... 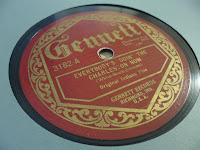 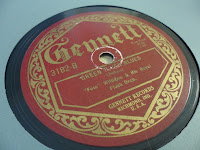 along with some great old-time country and cajun tunes. 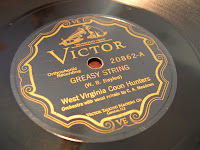 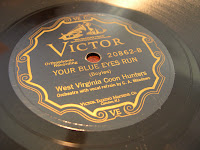 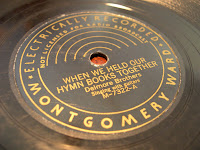 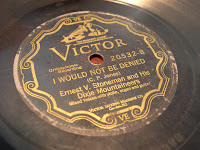 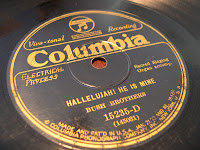 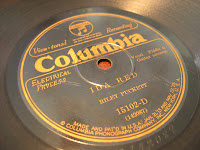 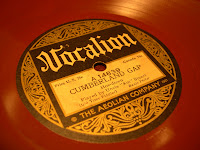 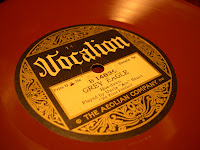 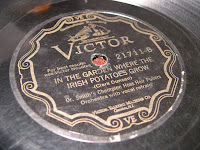 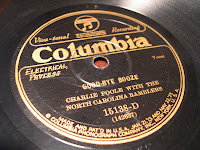 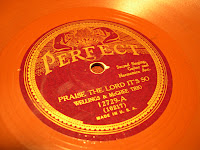 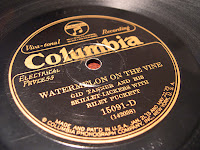 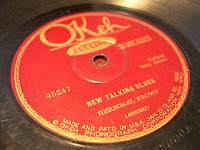 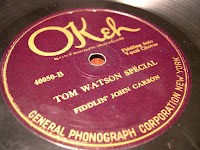 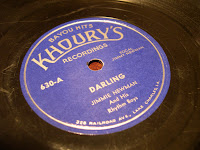 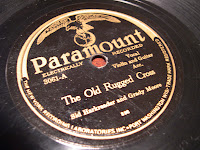 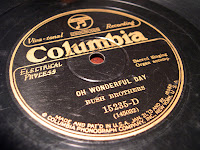 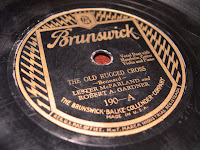 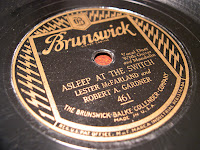