This is the first 7 inch Columbia Disc Record I have seen...the performance only lasts a minute and a half.

From what I can find, the minstrels in question are brothers Len & Harry Spencer and the side may have been recorded around 1901 or a little later.

Although the grooves are relatively clean and scratch free...there is quite a bit of surface noise. 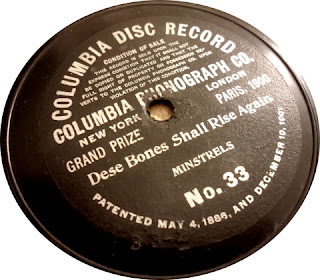 After listening to a friend's post of Johnny Fuller last night on the facebook companion page to this site, I got into a Johnny Ace mood. As a child, I grew up listening to my father's Johnny Ace Memorial Album and reading the liner notes detailing the tragic events surrounding his death:

["It was the night before Christmas” and … a sell-out audience was assembled in the City Auditorium in Houston, Texas, impatiently awaiting the appearance of one of the nation’s  greater vocalists – Johnny Ace, Duke Records Star. Suddenly, against this backdrop of Christmas festivities tinseled with excitement and glittering with expectancy, came a shot that, in a matter of minutes, was heard around the world. The star attraction, JOHNNY ACE, - The Beloved – had accidentally shot himself!


In a game called Russian Roulette, Johnny staked his “great big future of fame and fortune” and came out the loser. The lad who “opened his heart and let it sing” passed away quietly, Christmas Eve, 1954 …


And the world, that day, cried out, vociferously and in unison: “Johnny is Gone!"]

I have very few R&R / R&B 78s left after selling them off on ebay over the last year or so and with them went my Johnny Aces.

A few batch finds have netted a couple but their conditions leave much to be desired.

This side is the best of what I have.

Also note Johnny Otis on this session...he passed away about a month ago at age 90. 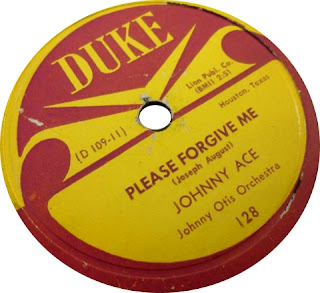 This seems to be the most common Moten out there and my collection can attest to that as I just found another one last week. You'll find no complainin' here.

Other Motens posted here and here. 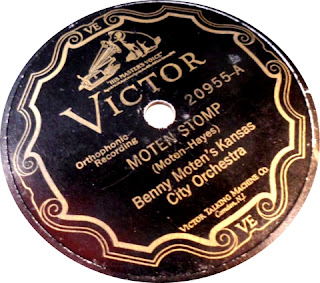 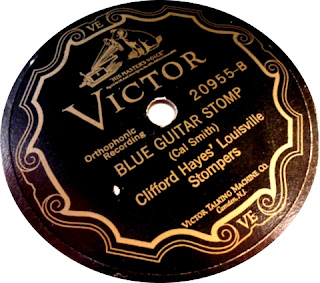 I used to pass over reissue sets...it always seemed that most of them would be incomplete or broken due to the nature of the albums and improper storage...and not to mention, they weren't 'original.' This was back in the day when I collected more to have (maybe for future investment) rather than playing and listening to the songs.

After my recent epiphany that there are music in them thar grooves, I don't pass up grabbing 78 reissues of tracks that I will perhaps never see in their original form.

I just found a Brunswick set containing all 8 sides by Benny Goodman's Boys originally recorded on Brunswick and Vocalion between January 1928 & August of 1929. And, like mentioned above, there is something marring this particular set of wax. While all records' playing surfaces are almost perfect without scratches or sleeve rubs...the first record in the series (sides 1 & 2) has one of those half moon edge issues...a tight crack that still plays smooth without clicks but looks like it could pop off at any moment.

Sides are posted in the order the album set has listed. They are not in chronological order. 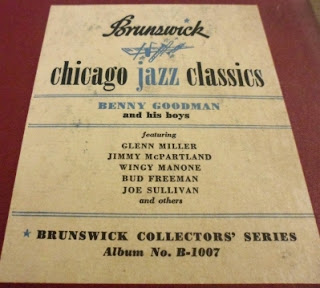 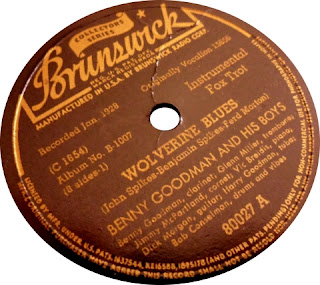 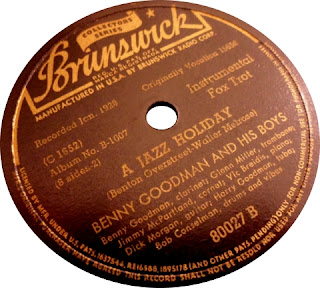 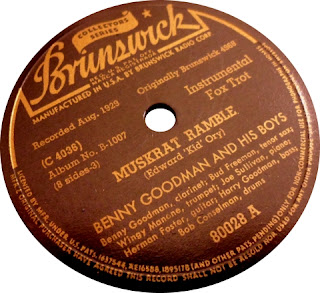 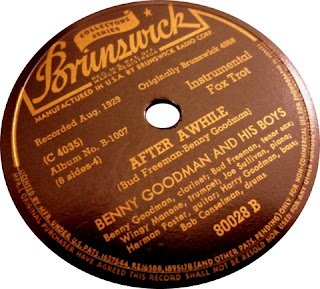 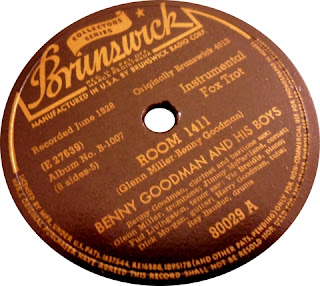 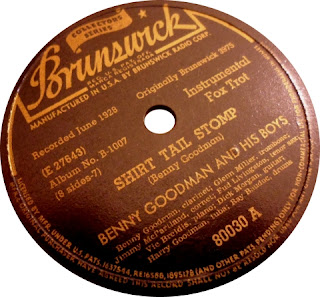 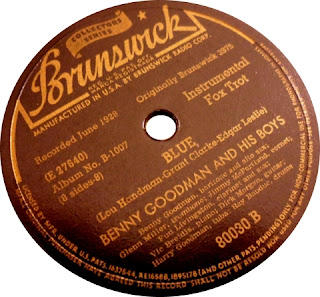 Thurston Harris recorded with The Lamplighters (Federal label?) and several years later in 1957, on his own, had his big hit Little Bitty Pretty One.

Just 8 years later, after the gigs had dried up, he became a bus driver for the city of Los Angeles for 20 years. For one year, in 1985, he was a Universal Studios tour bus guide. 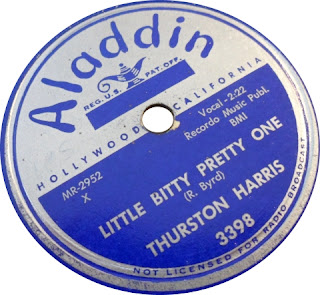 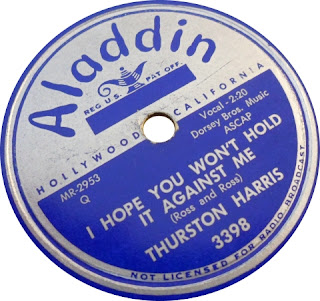 Email ThisBlogThis!Share to TwitterShare to FacebookShare to Pinterest
Labels: Aladdin 3398, I Hope You Won't Hold It Against Me, Lamplighters, Little Bitty Pretty One, Thurston Harris

Here we have the first release by the independent Chicago label, Rhumboogie. This copy seems to be from the label's first pressing. Mercury released these sides 3 years later with a different matrix number and on vinyl instead of shellac. 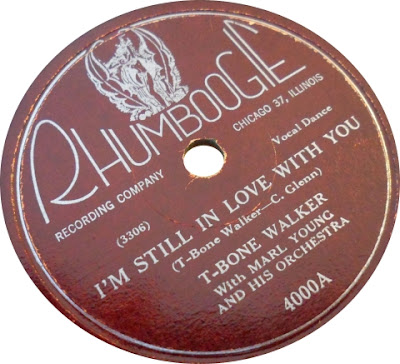 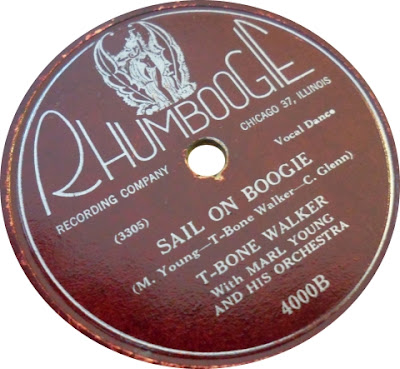 Email ThisBlogThis!Share to TwitterShare to FacebookShare to Pinterest
Labels: I'm Still In Love With You, Marl Young And His Orchestra, Rhumboogie 4000, Sail On Boogie, T-Bone Walker

Looks like Ray Harris was a little too raw sounding for Sam Phillips and Sun. He recorded 2 discs and apparently sold well locally but didn't reach far beyond that.

Harris was strictly country until observing Elvis during one of his first Sun sessions and that was all it took.

He and Phillips split due to disagreements on Harris' material and he eventually became a producer for the Hi label overseeing some of the top artists of the day. 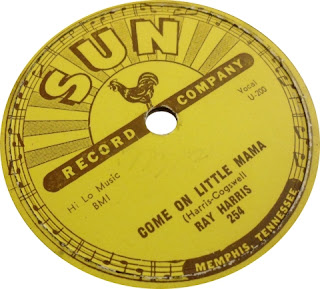 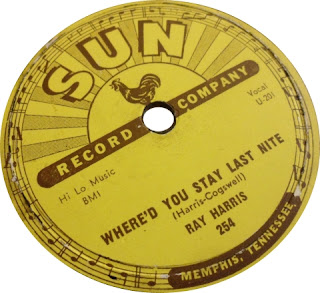 Here's Lonnie Johnson recording with a pair of Williams' from 1930...Clarence on one side and Spencer on the other. 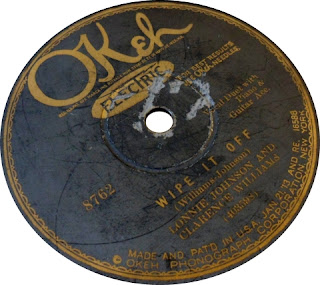 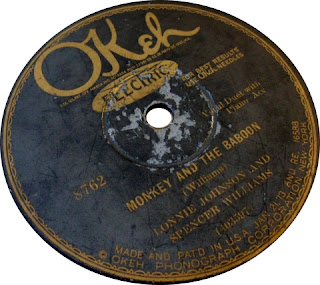