Here we have a territory band out of Charleston, South Carolina. It started as a touring group culling members from the Jenkins' Orphanage band.

They seem to have recorded 14 sides over two days in March of 1937 but only five were issued. There is also a Vocalion field recording from a year earlier that is believed to be William 'Cat' Anderson's debut cut. (It can be found on Jazz Oracle's A Gift From The President - a cd included with any other cd purchase direct from the company.) 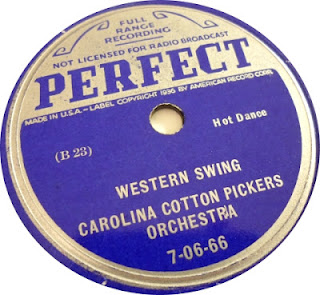 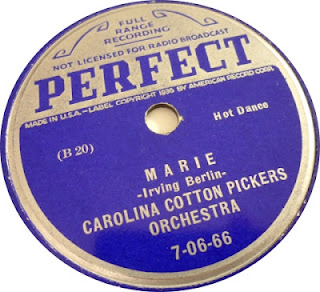 Recorded in New York in December 1919. 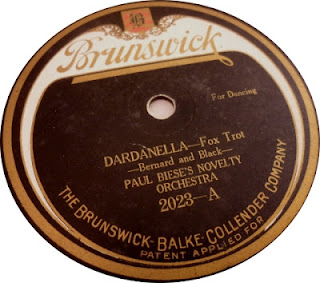 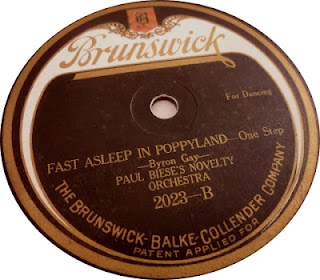 Trumpeters Zeke Zarchy (right) and Louis Armstrong visit during a rehearsal for a Los Angeles TV show in the late 1960s.

He joined the Joe Haymes orchestra in 1934, then played with Benny Goodman in 1936 and Artie Shaw in 1937. From 1937 to 1942, he worked and recorded with the bands of Red Norvo, Bob Crosby, Glenn Miller, Mildred Bailey, Frank Sinatra, Helen Ward, Judy Garland, Tommy Dorsey, and Ella Fitzgerald.

When World War II broke out, Zarchy was the first musician chosen by Glenn Miller for what became Miller's Army Air Force Band (officially, the 418th Army Band) where Zarchy played lead trumpet and was Master (First) Sergeant from 1942 to 1945.

After the war, singer Frank Sinatra invited Zarchy to move to , where he became a first-call studio musician. He played on the recordings of hundreds of vocalists, including Louis Armstrong, Tony Bennett, , and The Mills Brothers. His trumpet is heard in the soundtracks of many classic movies, including West Side Story (1961), Dr. Zhivago (1965) and the The Glenn Miller Story (1954).

During the 1960s and '70s, he played in the house bands of several CBS TV variety shows, including The Smothers Brothers Comedy Hour, The Danny Kaye Show and The Jonathan Winters Show, and was a member of the NBC Staff Orchestras in and .

In his later years, Zarchy made many music tours of , , and , as well as 32 concert trips to . He tutored several young trumpet players who became successful performers and studio musicians. He died on at the age of 93. 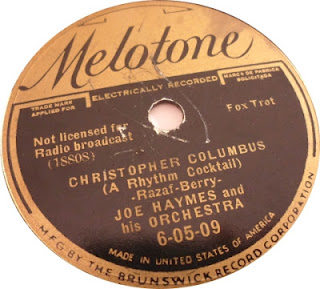 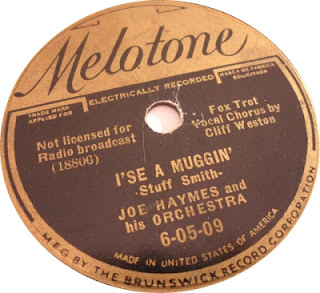 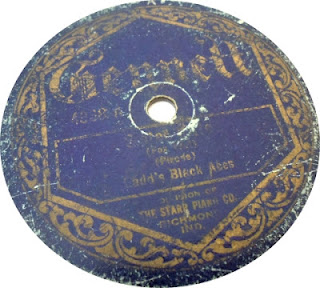 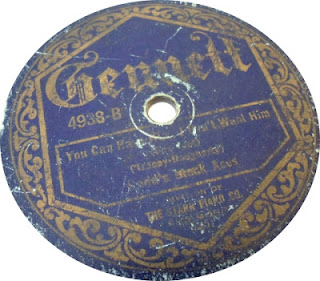 Email ThisBlogThis!Share to TwitterShare to FacebookShare to Pinterest
Labels: Gennett 4938, Ladd's Black Aces, Miff Mole, Original Memphis Five, Phil Napoleon, Sister Kate, You Can Have Him I Don't Want Him

With this acquisition today, I am just one record shy from completing Jimmie Gunn's run.

It's all about the hunt, isn't it?

Here are the conflicting lineups for Gunn's band:

Recorded at the Southern Radio Corporation's 2nd floor warehouse in on . 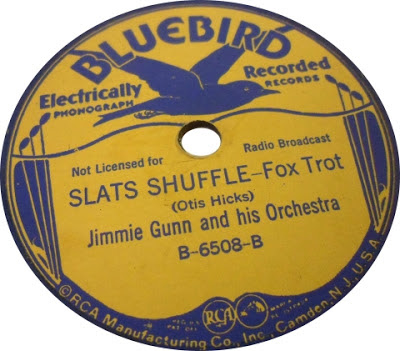 The flipside is from former Coon-Sanders' trumpeter, Bob Pope. 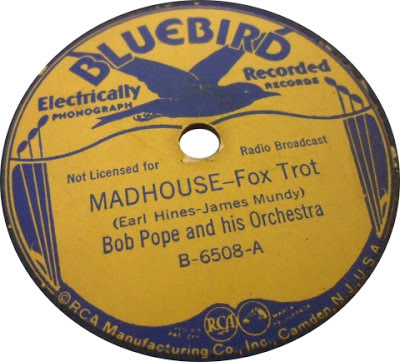 After having played in some of the leading jazz groups from the 1920s on, Cheatham enjoyed renewed acclaim in later decades of his career. He himself agreed with the critical assessment that he was probably the only jazz musician to create his best work after the age of 70.

Cheatham was born in . He noted there was no jazz music there in his youth; like many in the he was introduced to the style by early recordings and touring groups at the end of the 1910s. He abandoned his family's plans for him to be a pharmacist (although retaining the medically inspired nickname "Doc") to play music, initially playing soprano and tenor saxophone in addition to trumpet in 's African American Vaudeville theater. Cheatham later toured in band accompanying blues singers on the Theater Owners Booking Association circuit. His early jazz influences included Henry Busse and Johnny Dunn, but when he moved to in 1924 he heard King Oliver. Oliver's playing was a revelation to Cheatham. Cheatham followed the jazz King around. Oliver gave young Cheatham a mute which Cheatham treasured and performed with for the rest of his career. A further revelation came the following year when Louis Armstrong returned to . Armstrong would be a lifelong influence on Cheatham.

Cheatham played in Albert Wynn's band (and occasionally substituted for Armstrong at the Vendome Theater), and recorded on sax with Ma Rainey before moving to Philadelphia, Pennsylvania in 1927, where he worked with the bands of Bobby Lee and Wilber de Paris before moving to New York City the following year. After a short stint with Chick Webb he left to tour with Sam Wooding's band.

Cheatham returned to the in 1930, and played with Marion Handy and 's Cotton Pickers before landing a job with Cab Calloway. Cheatham was Calloway's lead trumpeter from 1932 through 1939.

He performed with Benny Carter, Teddy Wilson, Fletcher Henderson, and Claude Hopkins in the 1940s; after World War II he started working regularly with Latin bands in New York City, including the bands of Perez Prado, Marcelino Guerra, Ricardo Ray (on whose catchy, hook-laden album "Jala, Jala Boogaloo, Volume II", he played exquisitely (but uncredited), particularly on the track "Mr. Trumpet Man"), Machito, and others. The first time Cheatham joined Machito's band, he was fired because he couldn't cope with clave rhythm.[2] Cheatham eventually got the hang of it though. In addition to continuing Latin gigs, he played again with Wilbur de Paris and Sammy Price. He led his own band on Broadway for five years starting in 1960, after which he toured with Benny Goodman.

In the 1970s, Doc Cheatham made a vigorous self-assessment to improve his playing, including taping himself and critically listening to the recordings, then endeavoring to eliminate all clichés from his playing. The discipline paid off, and Doc received ever-improving critical attention.

His singing career began almost by accident in a recording studio on . As a level and microphone check at the start of a recording session with Sammy Price's band, Cheatham sang and scatted his way through a couple of choruses of "What Can I Say Dear After I Say I'm Sorry". The miking happened to be good from the start and the tape machine was already rolling, and the track was issued on the LP Doc Cheatham: Good for What Ails You. His singing was well received and Cheatham continued to sing in addition to play music for the rest of his career.

Cheatham toured widely in addition to his regular Sunday gig leading the band at Sweet Basil in 's in his final decade. During one of his frequent trips to , he met and befriended young trumpet virtuoso Nicholas Payton. In 1996 the two trumpeters and pianist Butch Thompson recorded a CD for Verve Records, Doc Cheatham and Nicholas Payton, which won them a Grammy Award. 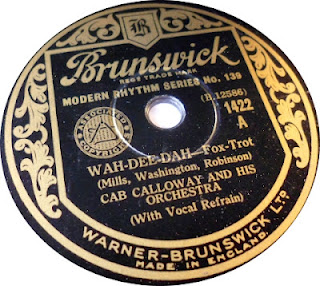 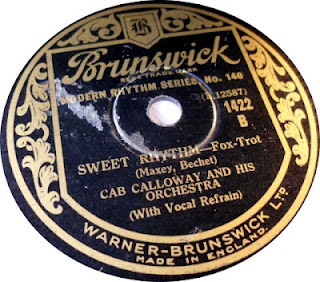