Too Pooped To Pop

A while back, I got a call from my mom who was visiting her sister and brother-in-law. Their water heater had busted and the resulting flood almost got to my uncle's collection of rock & roll / rhythm & blues 78 rpm records. My uncle being an avid jukebox collector, had amassed quite a stack of wax throughout the years and this 'near disaster' had apparently spurred him on to consider selling his collection.

Mom was calling to ask what it would take to sell these records. I, being a collector of 78's, shuddered at the thought of parting with a single platter, even if they weren't mine. After calming down, I said that since I had been buying them for years on eBay, that I should be able to figure out how to reverse the transaction.

That summer, we visited "back home," where the records were located. Visiting my uncle almost nightly for a week, we sorted, indexed, estimated, cleaned and boxed multiple stacks of Atlantic, Federal, King, DeLuxe, Chess, Checker, Keen, Josie, Coral, Cadence and many other labels, getting them ready for my return trip home.
(In addition to promising me a percentage of the take, my uncle also gave me the record of Lucille Hegamin on a 1920 Arto 9045 that he had sitting on his Columbia Grafanola for as far back as I could remember.)

After the return trip home, I started listing 78's by labels. My second or third batch of listings proved very memorable. I started getting emails and offers from all over the world to end a certain record. I politely emailed back declining to end the auction...even though the offers were very tempting. Besides all this, I had absolutely no reason as to why this particular 78 was garnering so much attention...I had already sold several 78's by the same artist on the same label with not much fanfare. My mom, after searching the web, alerted me to the reason...this record is believed to be the last, major labeled 78 rpm produced...and it was in great condition to boot.

EDIT: Since this was first posted, an Orioles Jubilee 45 rpm has surpassed this record as being my biggest seller. 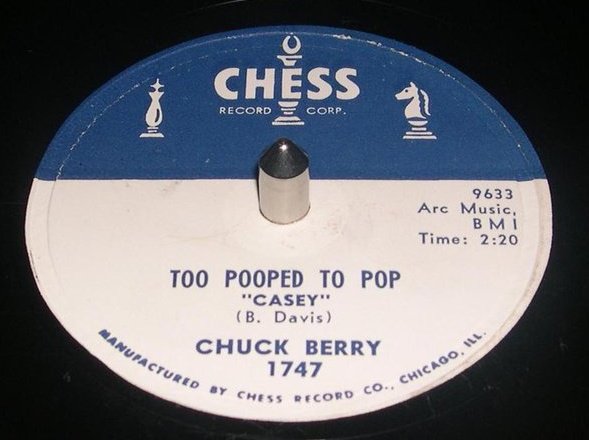