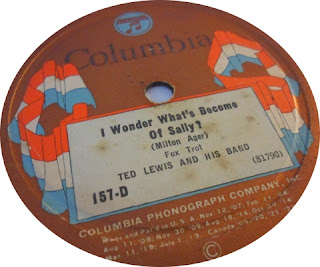 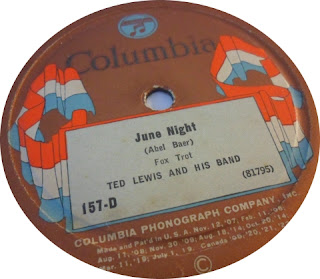 Not sure about the "Plastic Not To Be Sold" printed on the label...doesn't look to be a DJ copy...an experimental thing? 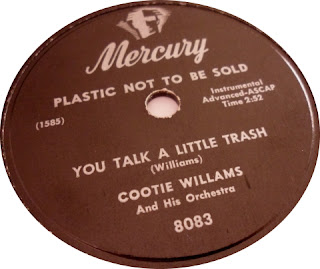 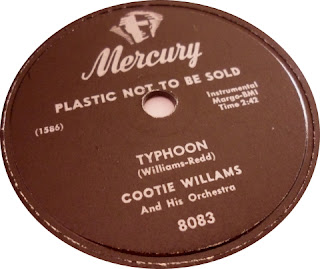 Email ThisBlogThis!Share to TwitterShare to FacebookShare to Pinterest
Labels: Cootie Williams And His Orchestra, Mercury 8083, Typhoon, You Talk A Little Trash 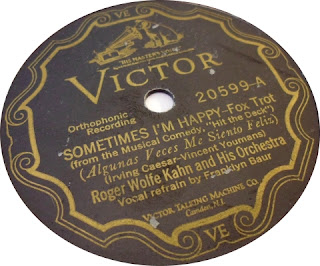 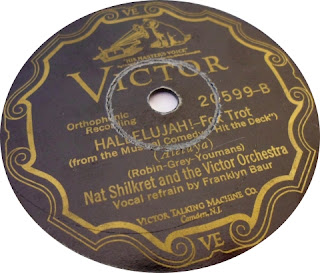 Both sides are by Grey Gull studio bands. 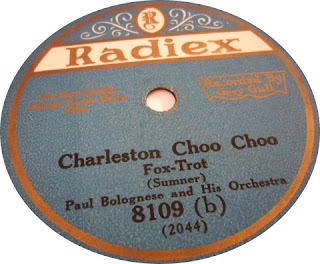 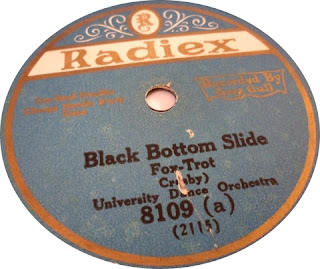 In 1936, Ziggy Elman joined the Benny Goodman orchestra as a trumpet player. His 1939 composition And the Angels Sing, with lyrics by Johnny Mercer, (originally recorded in December 1938 by his own band as an instrumental, Frailach In Swing) became the number one song in the nation.

In 1956, he was asked to recreate his famous frailach solo along with the original vocalist Martha Tilton for the movie, The Benny Goodman Story, but was unable to, his technique having since withered away. Elman appeared performing it in the film, but another trumpeter, Manny Klein, played the solo on the soundtrack. This song is arguably his longest-lasting musical legacy, since it has appeared in films up to 1997 and was inducted into the Grammy Hall of Fame in 1987. 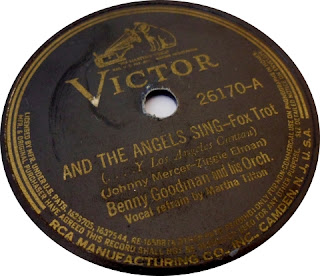 Email ThisBlogThis!Share to TwitterShare to FacebookShare to Pinterest
Labels: And The Angels Sing, Benny Goodman And His Orchestra, Frailach In Swing, Martha Tilton, Victor 26170, Ziggy Elman

Rust has both sides listed as by the "Hot Seven" but the label here is printed as "Hot Five" on Weary Blues. Chronological Classics' and Columbia/Legacy's liner notes both reinforce Rust's publication.

Was this a simple misprint by Okeh? 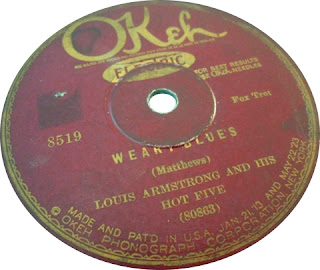 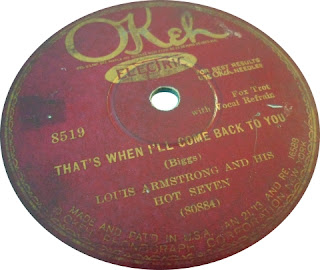 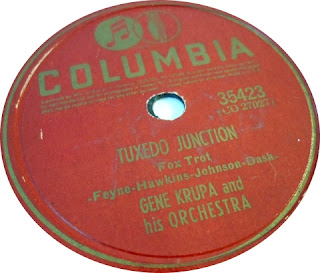 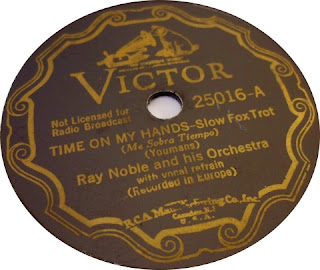 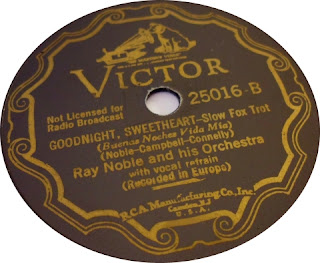 Here we have what looks to have been a Columbia recording originally from 1906 and pressed later on Sears Roebuck? Silvertone label.


George Alexander was the nom du disque of baritone Clifford Alexander Wiley (1867–1913), a recitalist who began recording for Zonophone Records in 1902. He recorded copiously for the and Zonophone record companies in addition to recording a handful of titles for the Victor Talking Machine Company. His robust sonority and precise diction made him a natural for the acoustical recording process.

The Battle Hymn of the Republic is a hymn by American writer Julia Ward Howe using the music from the song "John Brown's Body". Howe's more famous lyrics were written in November 1861 and first published in The Atlantic Monthly in February 1862. The song links the judgment of the wicked at the end of time (New Testament) with the American Civil War. Since that time it has become an extremely popular and well-known American patriotic song. 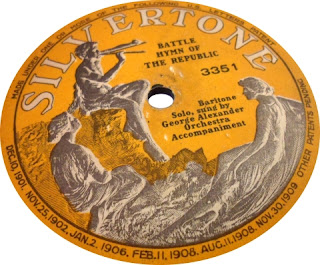