Made my usual Saturday morning rounds looking for 78s today and came away some great records. Have a lotta cleaning to do to get the dirt outta the grooves but I feel up to the challenge.

Kinda late tonight but I'm going to start with this one. 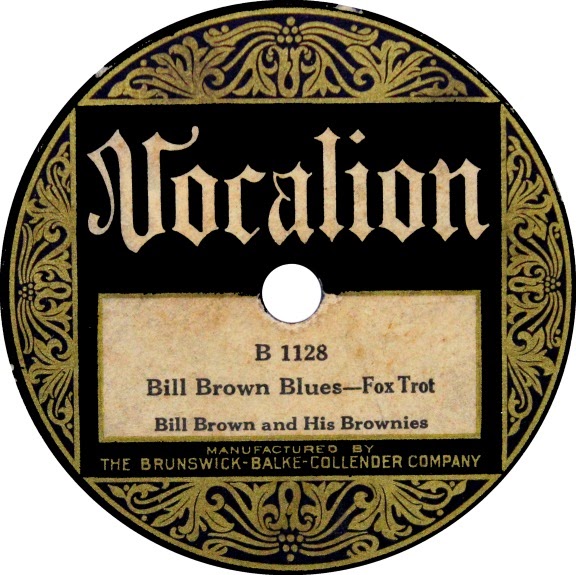 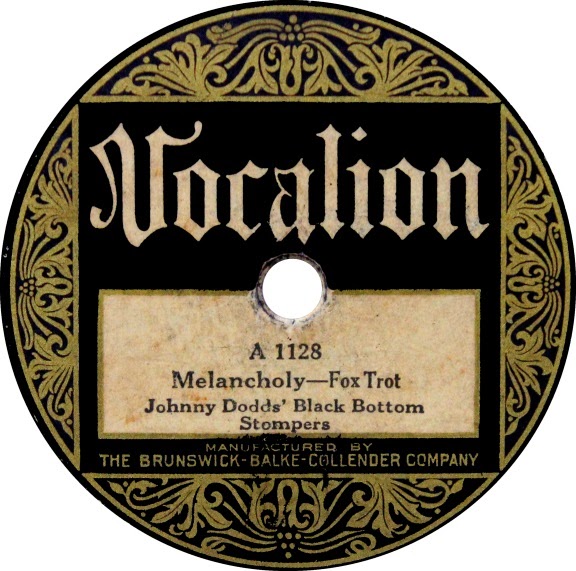 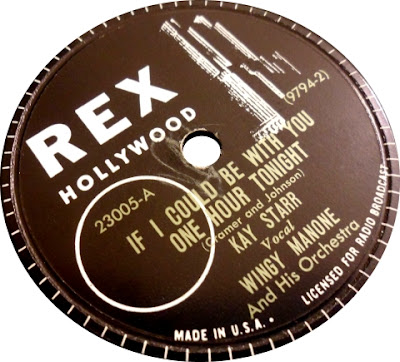 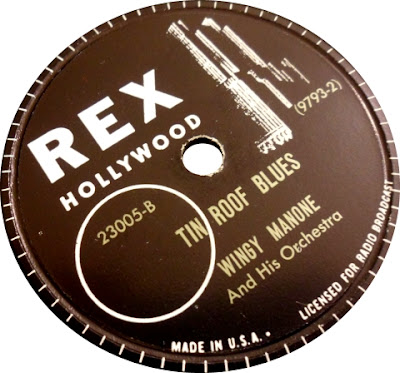 Email ThisBlogThis!Share to TwitterShare to FacebookShare to Pinterest
Labels: If I Could Be With You One Hour Tonight, Kay Starr, Rex Hollywood 23005, Tin Roof Blues, Wingy Manone

New Orleans is now known as THE Mardi Gras town and no more specific place than Bourbon Street. So in honor...here is the Crescent City's very own Sharkey Bonano with Bourbon Street Bounce...and the flip side...well, anytime is THE time to honor pizza!

Could really go for a Pat O'Briens' Hurricane right about now. 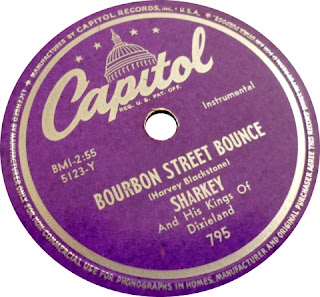 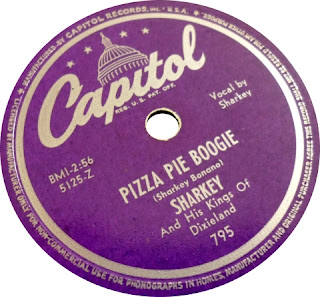 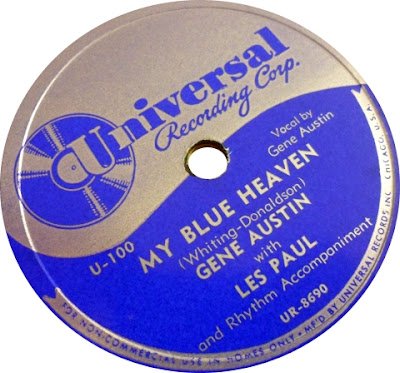 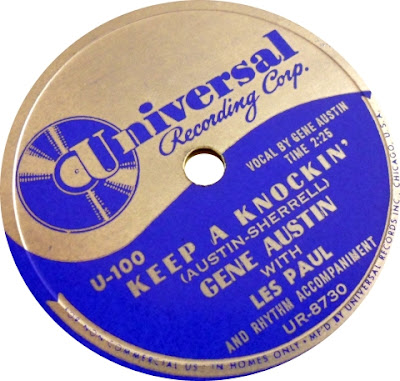 Every once in a while, I like to go through the packed-away boxes and crates just to see if there are any gems I had passed over or to just search for something that might look interesting.

Found this Decca with a funny song title and gave it a shot. Turns out...to me...to be a catchy swing tune.

Turns out that Riley's biggest claim to fame was composing the 1935 hit The Music Goes Round And Round. 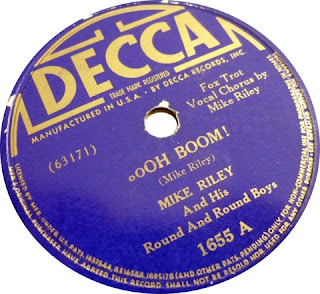 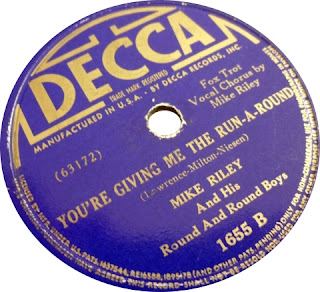 Email ThisBlogThis!Share to TwitterShare to FacebookShare to Pinterest
Labels: Decca 1655, Mike Riley, OOOH Boom, You're Giving Me The Run-A-Round

Here we have Rudy Vallee & His Connecticut Yankees on Diva from October 10, 1928. 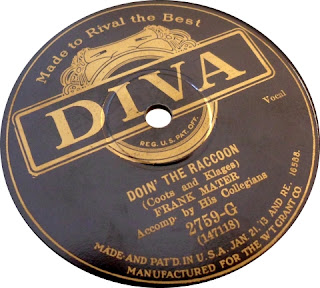 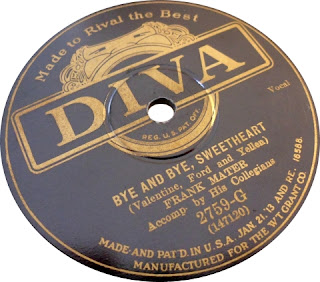 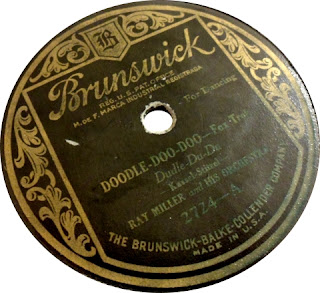 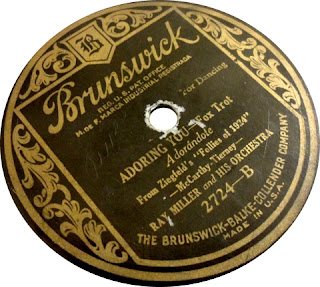 Not much information on either of these sides.

Al Turk c, dir and Earl Hayden v are the only identified personnel. 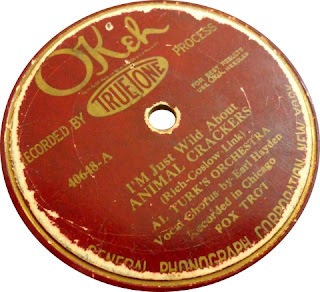 Here we have what looks to be one of three releases by this orchestra. (An additional recording appears to be be unreleased)

Lloyd Turner on tb is the only identified personnel. 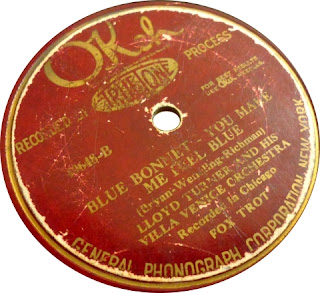 Here we have 6 sides from the bootleg Biltmore Record Company. According to Wikipedia, Biltmore Records lasted 2 years (1949-1951) until RCA Victor sued for reissuing songs from their catalog.

Here we have the 4 tracks by a group that was put together for Ray Noble. These were the first Miller recorded as a leader. 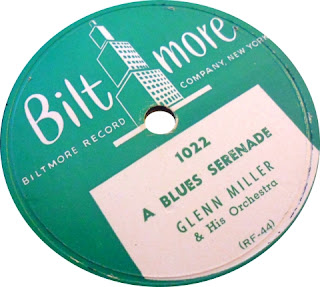 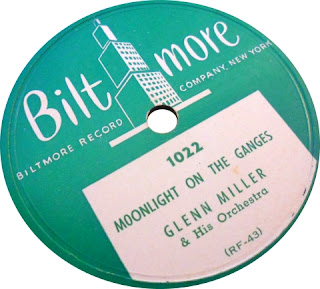 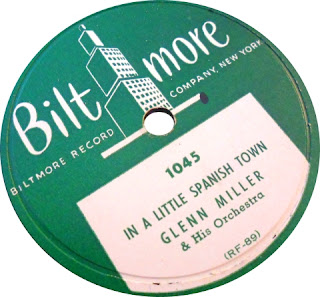 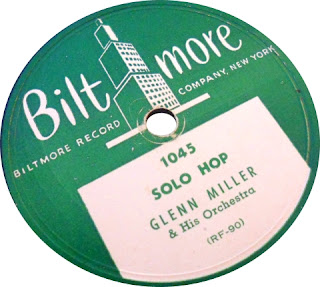 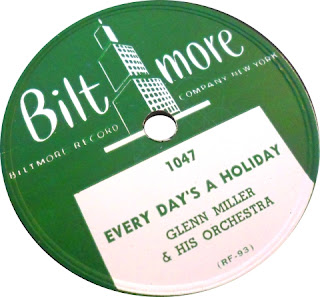 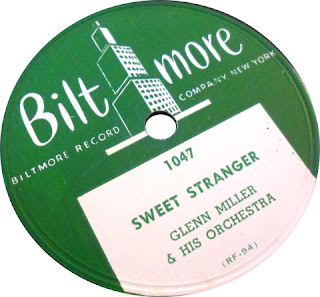 Coming across a Glenn Miller on Bluebird or Victor has always been a bright spot in my collecting. Yeah, I know that there are a ton out there but his band, his movies, his sound...well...it gets to me.

Now...even more special than finding a Bluebird is getting one from his earlier bands on Columbia, Decca or Brunswick. 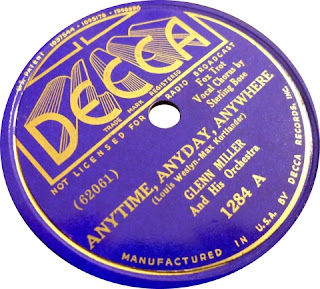 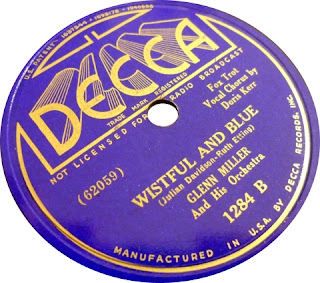 What looks to be a Japanese pressing, here is a recording made 3 months after the ones above with the same personnel. (The flip side is a Claude Thornhill recording of Harbor Lights) 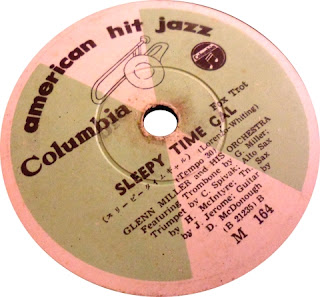 Up next is a Cameo featuring one of a handful of bands pseudonymed as"The Caroliners" that Rust has listed as unidentified (Maybe Hal Kemp?). Their side was recorded in New York in September of 1928.

The flip side, if I am reading the discography correctly, has Sam Lanin's lineup as: Leo McConville (and another) t / Tommy Dorsey tb / Jimmy Dorsey (and another) cl, as / cl-ts / Rube Bloom p / bj / Hank Stern bb / d / Scrappy Lambert v. 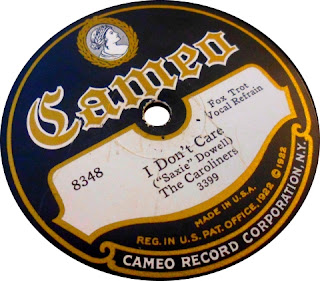 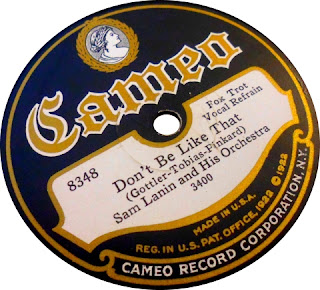 Email ThisBlogThis!Share to TwitterShare to FacebookShare to Pinterest
Labels: Cameo 8348, Don't Be Like That, I Don't Care, Sam Lanin, Saxie Dowell, The Caroliners

Recently stopped at a huge multi-vendored antique store that was going out of business and immediately spied an Edison upright in a corner of one of the cubicles. Not too terribly interested in the player, I opened the cabinets looking for some Diamond Discs but instead found a nice handful of almost unplayed looking Diva and Cameo dance sides.

Does anyone happen to know the personnel lineup from this session? 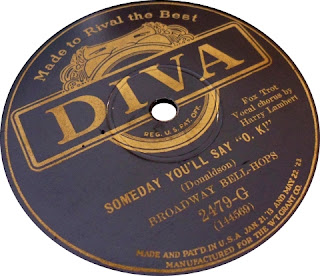 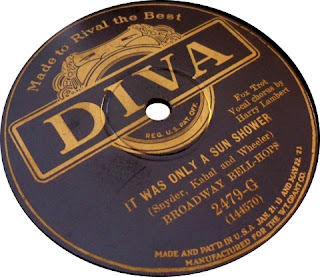