Here we have an Adrian Schubert outfit under Irving Kaufman's name waxed on the Sears, Roebuck & Co. Conqueror label.

(There are a couple of rough patches on this side) 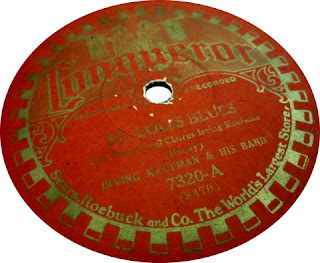 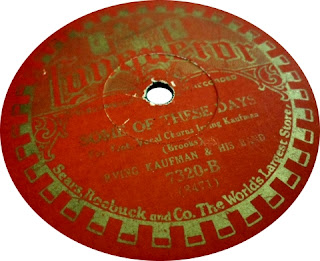 Earl Burtnett joined Art Hickman's touring band in 1918. He took over the orchestra upon Hickman's retirement in 1929. His orchestra appeared in two films, The Flying Fool (1929) and The Party Girl (1930).

Burtnett underwent an appendectomy on Christmas Eve 1935, developed complications and died on January 2, 1936. 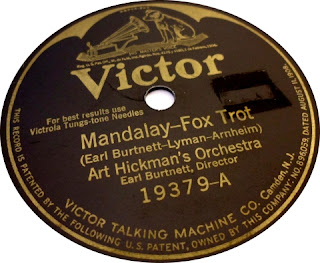 Vincent Rose was born in Palermo, Sicily in 1880. He became popular with his Montmartre Orchestra in the 20s and also from being a prolific songwriter. Among his most notable tunes are Linger Awhile, Whispering, Avalon and Blueberry Hill. 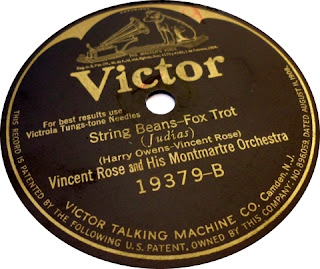 This looks to be from Roger Wolfe Kahn's second recording session.

(Here's another Kahn side posted earlier this year.) 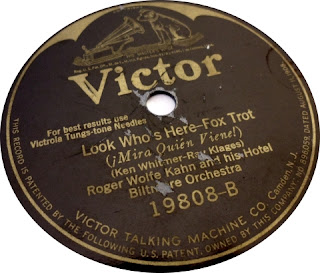 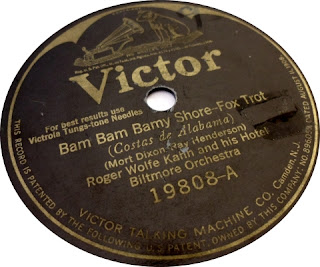 Here's another Alabama Red Peppers to go with one I had posted earlier. 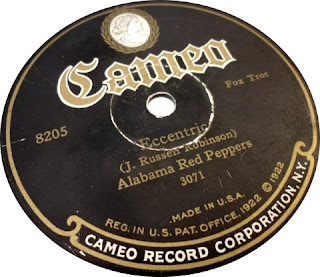 Miami Royal Palm Orchestra: A Willard Robinson outfit but, unfortunately, not one of the few that featured  Jack Teagarden. Vocal by Frank Bessinger. 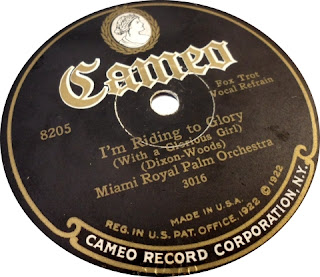 Got this set off of eBay over ten years ago. The person's starting price was ridiculously low and I ended up being the only bidder. When the set arrived, there was a rather rude note attached basically saying that I stole it and should be ashamed. (??)

(I got it because I am in awe of anything Hodges) 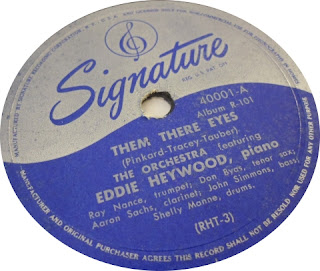 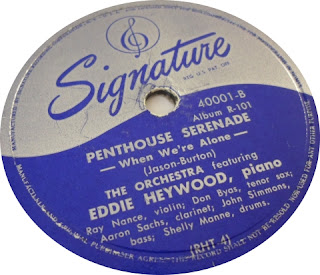 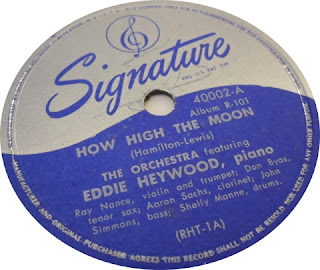 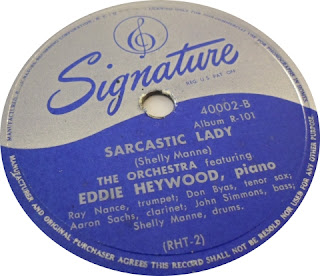 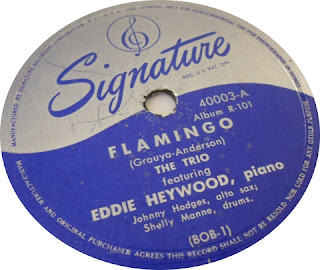 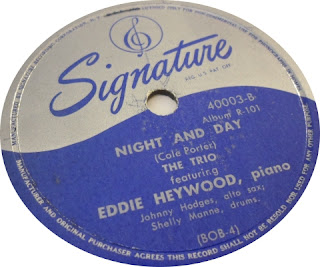 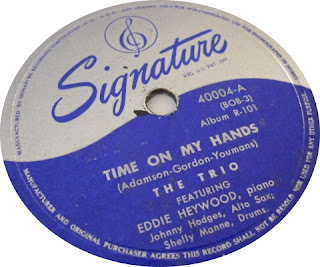 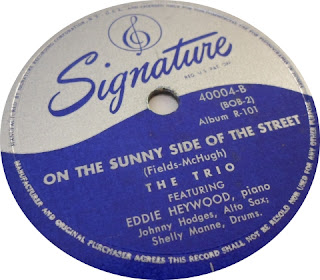 Email ThisBlogThis!Share to TwitterShare to FacebookShare to Pinterest
Labels: Eddie Heywood, Flamingo, How High The Moon, Johnny Hodges, Night And Day, On The Sunny Side Of The Street, Ray Nance, Sarcastic Lady, Signature R-101, Them There Eyes
Newer Posts Older Posts Home
Subscribe to: Posts (Atom)