Unfortunately, I only found this (UK pressing) record from the six song Blackbirds set.

So many great names jammed into 6 minutes. 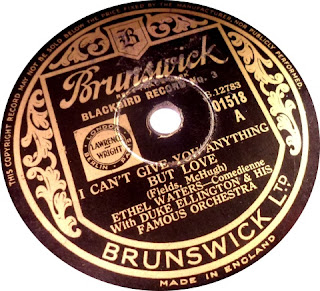 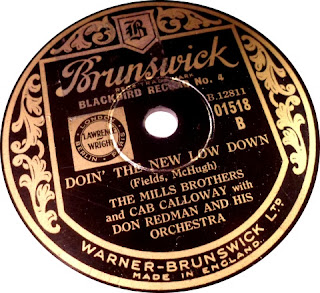 Email ThisBlogThis!Share to TwitterShare to FacebookShare to Pinterest
Labels: 6517, Brunswick 01518, Cab Calloway, Doin' The New Low Down, Don Redman And His Orchestra, Duke Ellington And His Famous Orchestra, Ethel Waters, I Can't Give You Anything But Love, Mills Brothers

Happy Halloween all you shellacaholics! 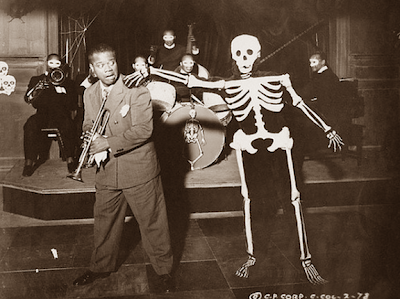 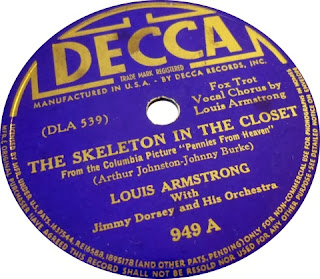 Recently came into a large batch of R&B 78s and sorely outta place was this one. I didn't pay much attention to it until later that evening, when flipping it over, I saw Al Bowlly's name in parentheses.

While more of a fan of instrumentals from the shellac era, an appreciation for Bowlly's vocals has recently set in.

Checking the online Bowlly discography, this does appear to be his only side with bandleader Bram Martin. 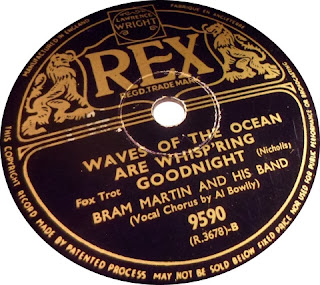 Email ThisBlogThis!Share to TwitterShare to FacebookShare to Pinterest
Labels: Al Bowlly, Bram Martin And His Band, London, Rex 9590, Waves Of The Ocean Are Whispering Goodnight

I do believe that this is the first full run of a group...or a pseudonym of a group...I've acquired other than one-off's. (I almost had The Savannah Six run...aka The Original Memphis Five...but after I had won the auction for the missing disc, the seller informed me that it was broken while being packed)


Here we have all six sides recorded by the Mills Blue Rhythm Band under the name King Carter & His Royal Orchestra. 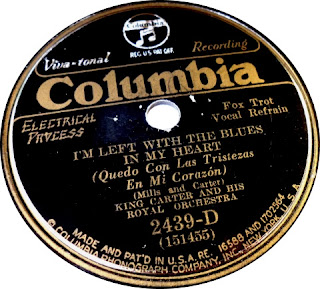 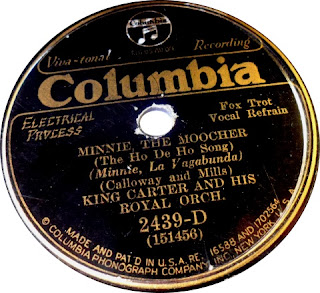 (Posted in order of recording during the session) 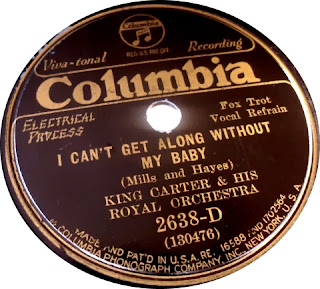 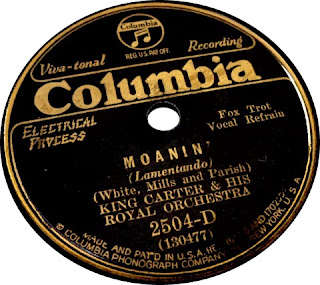 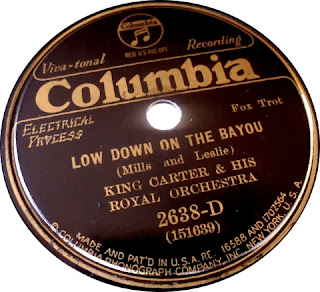 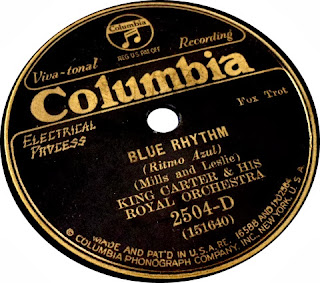 Bonus Disc: Here we have the first two sides by the Mills Blue Rhythm Band. 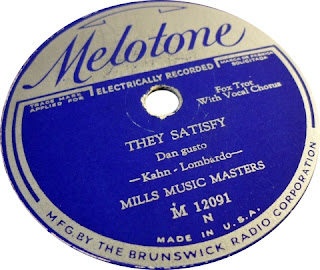 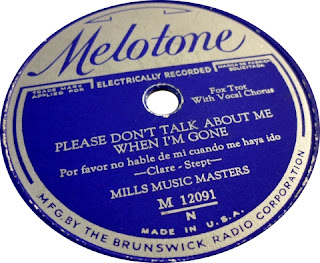 Email ThisBlogThis!Share to TwitterShare to FacebookShare to Pinterest
Labels: 2504, 2638, Blues In My Heart, Columbia 2439, I Can't Get Along Without My Baby, King Carter And His Royal Orchestra, Low Down On The Bayou, Mills Blue Rhythm Band, Minnie The Moocher, Moanin'

Looks like Tommy Brown is still going strong at 82 years old around the Atlanta area.

Tommy Brown (born May 27, 1931, Atlanta, Georgia, United States) is an American R&B singer, who achieved most success in the early 1950s, particularly on records with The Griffin Brothers.

Brown formed a small band with himself as the drummer in the 1940s, and worked in clubs around Atlanta. In 1949 he recorded "Atlanta Boogie" on the Regent label, a subsidiary of Savoy Records. The track contained early references to rock and roll :

In 1951 he moved on to Dot where he was teamed with the Griffin Brothers, an R&B orchestra led by brothers Jimmy Griffin (trombone) and Ernest "Buddy" Griffin (piano) from Norfolk, Virginia. They had toured widely with Amos Milburn, Paul Williams and others, and recorded as the backing band for Margie Day on two R&B Top 10 hits, "Street Walkin' Daddy" and "Little Red Rooster."

The Griffin Brothers disbanded in 1954. Buddy Griffin later recorded with Gloria Swann, as the duo Buddy and Gloria who had an R&B hit with "I Wanna Hug Ya, Kiss Ya, Squeeze Ya", while Jimmy Griffin joined Atlantic Records. They both did not achieve the same hits as previous, and were dropped from their respective record labels.

In the early 1950s, Brown was called up for military service, and when he returned he moved to United Records in Chicago. He played for a while in Bill Doggett's band, and claimed to help write Doggett's hit "Honky Tonk". He also recorded with Walter Horton during this period. Over the next decade he recorded R&B for a number of smaller labels, before starting to perform and record as a comedian in the 1960s and 1970s.

After a later career as a social care worker, he returned to performance in 2001, subsequently appearing in clubs and at blues festivals around the world. 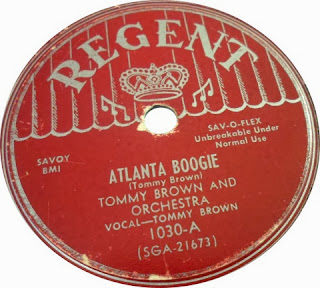 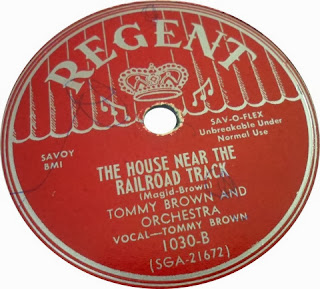