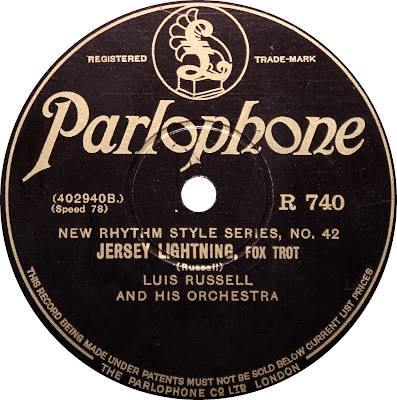 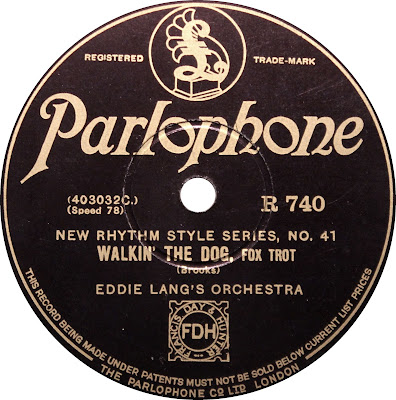 This is the type of 78 I always hope to find when the family travels to Puerto Rico for the holidays. I have come up woefully short in my searches. Where are these discs?

Hernández (birth name: Rafael Hernández Marín) was born in the town of Aguadilla, Puerto Rico, into a poor family, on October 24, 1892. As a child, he learned the craft of cigar making, from which he made a modest living. He also grew to love music and asked his parents to permit him to become a full-time music student. When he was 12 years old, Hernández studied music in San Juan, under the guidance of music professors Jose Ruellan Lequenica and Jesús Figueroa. He learned to play many musical instruments, among them the clarinet, tuba, violin, piano and guitar. At the age of 14, he played for the Cocolia Orquestra. Hernández moved to San Juan where he played for the municipal orchestra under the director Manuel Tizol. (Juan Tizol's uncle!)

In 1917, Hernández was working as a musician in North Carolina, when the United States entered World War I. The jazz bandleader James Reese Europe recruited brothers Rafael and Jesús Hernández, and 16 more Puerto Ricans to join the United States Army's Harlem Hell fighters musical band, the Orchestra Europe. He enlisted and was assigned to the U.S. 369th Infantry Regiment (formerly known as the 15th Infantry Regiment, New York National Guard, created in New York City June 2, 1913). The regiment, nicknamed "The Harlem Hell Fighters" by the Germans, served in France. Hernández toured Europe with the Orchestra Europe. The 369th was awarded the French Croix de guerre for battlefield gallantry by the President of France.

After the war, Hernández moved to New York City. In the 1920s, he started writing songs and organized a trio called "Trio Borincano." In 1926, fellow Puerto Rican Pedro Flores joined the Trio. Even though Hernández and Flores became and always remained good friends, they soon went their separate ways and artistically competed against each other. After the trio broke up, he formed a quartet called "Cuarteto Victoria" which included singer Myrta Silva, also known as La Guarachera and La Gorda de Oro. With both groups, Hernández traveled and played his music all over the United States and Latin America. On September 2, 1927, Hernández' sister Victoria opens a music store, which also acts as a booking agency and base of operations for her brother. In 1929, Trío Borinquen recorded Linda Quisqueya (originally titled Linda Borinquen) and that same year he founded the "Cuarteto Victoria" (also known as "El Cuarteto Rico") named after his sister.

In 1932, Hernández moved to Mexico. There, he directed an orchestra and enrolled in Mexico's National Music Conservatory to further enrich his musical knowledge. Hernández also became an actor and organized musical scores in Mexico's "golden age" of movies. His wife (and eventual widow) is Mexican.

In 1937, Hernández wrote "Lamento Borincano." That same year, he also wrote "Preciosa." In 1947, Hernández returned to Puerto Rico and became the director of the orchestra at the government-owned WIPR Radio.

Hernández's works' include "Ahora seremos felices" (Now We Will Be Happy), "Campanitas de cristal" (Crystal Bells), "Capullito de Alhelí", "Culpable" (Guilty),"El Cumbanchero"[6] (also known as "Rockfort Rock" or "Comanchero" (sic) to reggae aficionados), "Ese soy yo" (That's Me), "Perfume de Gardenias" (Gardenia's Perfume), "Silencio" (Silence), and "Tú no comprendes" (You Don't Understand), among 3,000 others. Many of his compositions were strongly based on Cuban musical idioms, such as the guaracha "Cachita" and the pachanga "Buchipluma na' ma'", which were often mistaken as songs by Cuban authors. His music became an important part of Puerto Rican culture.

Hernández was Honorary President of the Authors and Composers Association. He was also the founder of little league baseball in Puerto Rico. President John F. Kennedy christened him "Mr. Cumbanchero."

Hernández died in San Juan on December 11, 1965, shortly after Banco Popular de Puerto Rico produced a TV special in his honor in which he addressed the people for the last time. The special was simulcast on all TV and most island radio stations. The TV special was rebroadcast on May 13, 2007. Rafael Hernández's remains are buried in the Santa María Magdalena de Pazzis Cemetery of Old San Juan.

Puerto Rico has honored his memory by naming public buildings, avenues and schools after him. The airport in Aguadilla is named Rafael Hernández Airport. There are schools in The Bronx, Boston, and in Newark, New Jersey named after Rafael Hernández. Renowned Puerto Rican sculptor Tomás Batista created a statue of Hernández which is in the municipality of Bayamón, Puerto Rico. The Interamerican University of Puerto Rico, the repository of his works, operates a small museum in his honor at its Metropolitan Campus in San Juan which is directed by his son, Alejandro (Chalí) Hernández.

I have not been able to find a personnel listing but it appears to be made up of Puerto Ricans and Cubans.

(If anyone has a listing, please message me.) 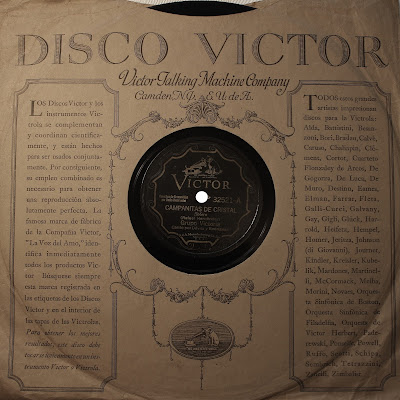 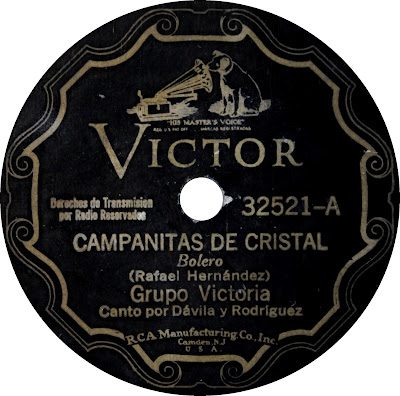 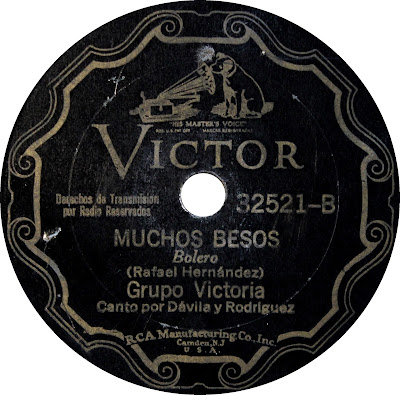 Was thrilled get a copy of this several months ago and stated in that post that due to its condition, was still on the lookout for a cleaner copy...today it happened.

Here we have Tony Parenti's lone recording for the Brunswick label.

Recorded in New Orleans in November, 1928. 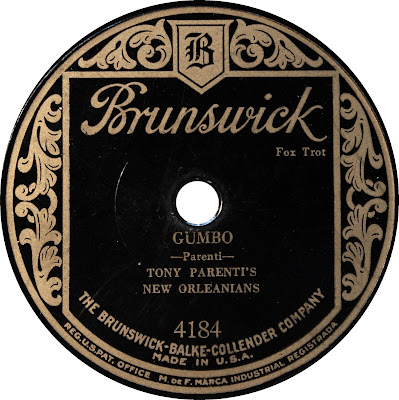 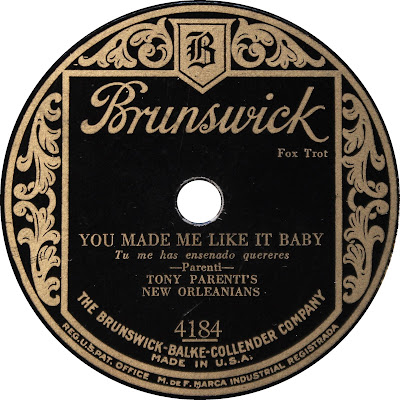 Can't believe this album set had been misplaced. Just found it behind a batch that didn't seem necessary to move for several years. 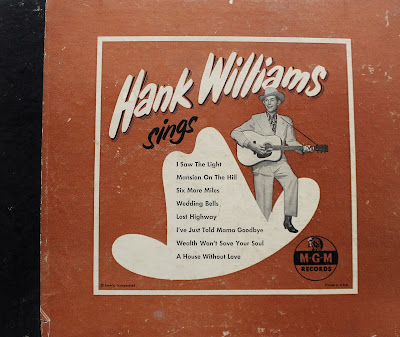 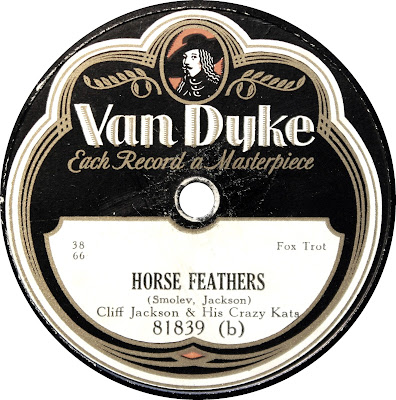 The following is a Grey Gull band possibly including Andy Sannella and Mike Mosiello. 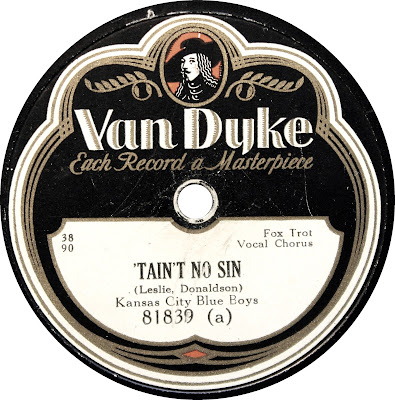