While Armstrong's side (Colorado's new state song?) was originally issued in the states (Okeh 8703), this looks to be the first release of Lang's tune. 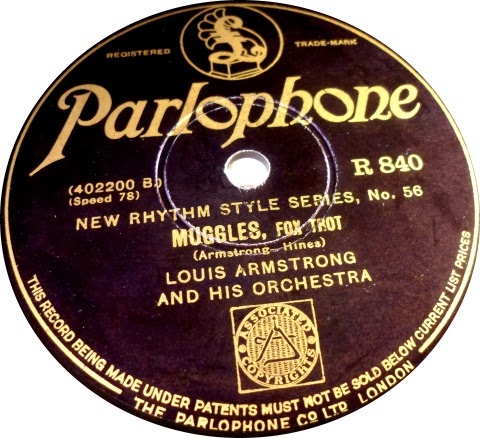 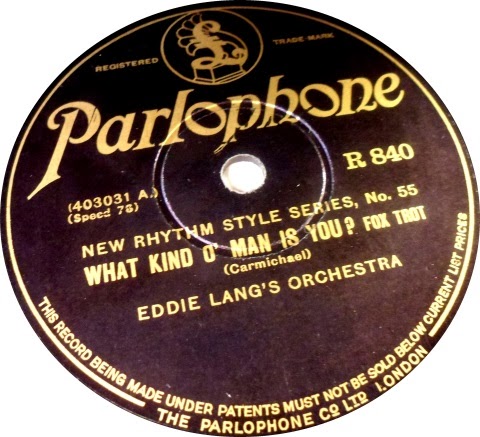 Just came into a batch of European issues of early jazz. By request, here is the first offering.

Click the name tags below for other posts by these artists. 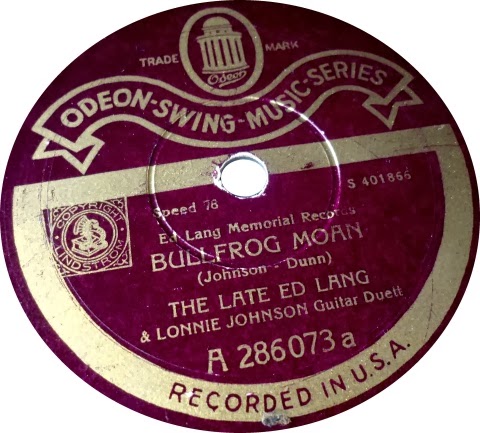 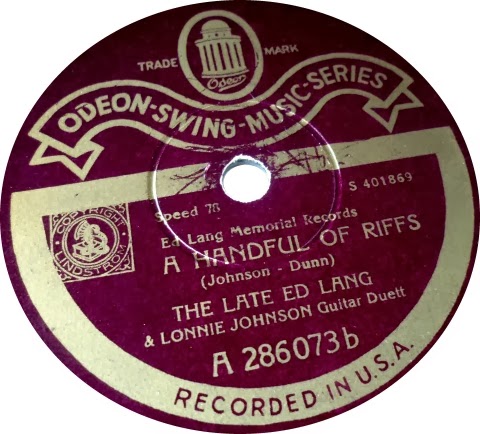 Here we have piano prodigy, Hersal Thomas, brother of George W. Thomas and Sippie Wallace, accompanying his older niece, Hociel Thomas on her first recording date for the Okeh label.

Hersal would unfortunately succumb to food poisoning in Detroit around the age of 17. 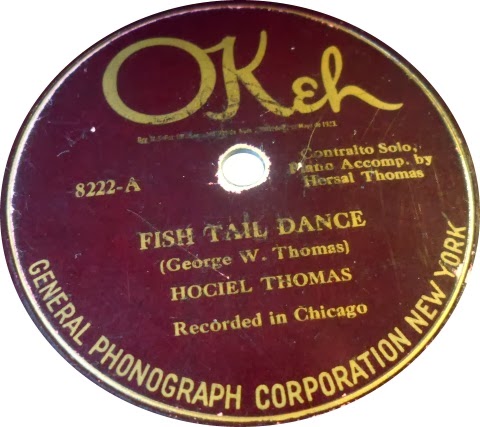 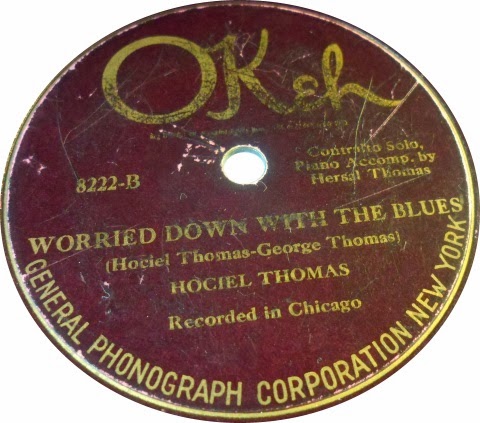 Johnny Marvin was an early recording artist, starting in 1924 and covering a twenty year period for many record labels.

Born in the Oklahoma Territory in 1897, Marvin ran away from home at age 16. He served in the US Navy during World War 1. After returning home, he went on the road as a vaudeville performer.

His first solo ukulele recording was in 1924, the song called "You know me Alabam" was recorded on the Radiex label using Johnny Marvin as his recording name. Marvin was an early adapter of the Martin Tiple style ukulele. It is probable that he was introduced to the new instrument due to a factory visit to the Martin factory in 1922. He was unsuccessful in obtaining an endorsement deal with Martin, who limited their support to a 20% discount for all performers.

Marvin recorded 49 records for Victor Records from 1926 to 1930. His contract with Victor was not an exclusive one; he did performances and recordings under a large number of names with a variety of labels:

Harmony Musical Instruments Company of Chicago produced the Johnny Marvin Professional Tenor Ukulele as well as the "The Prince of Wales" made of traditional koa wood. He even presented a copy to the Prince of Wales on one of his trips to England. His endorsement of the Harmony company was a result of being unable to work out a deal with C. F. Martin & Company.

Marvin's younger brother, Frankie, was also in the industry. It was Marvin who introduced Frankie to Gene Autry, another musician and the two roomed together in New York City. In 1930, Marvin introduced Autry to his friend Art Satherly of the American Record Label, a move which launched Autry's career.

Autry returned the favor when his career took off, bringing Frankie and Johnny into motion pictures and television to help with the music. The two brothers, though uncredited, were often seen on various Western television shows and in the Movies. Johnny Marvin was inducted into the Ukulele Hall of Fame in 2003. His citation reads in part "In the decade when the ukulele was enjoying its greatest popularity, Marvin was one of the premiere ukulele performers."

Johnny worked with Gene Autry in Hollywood. He is credited with providing songs for soundtracks on over 50 movies and television shows. As World War II geared up, Marvin joined the USO and was off to entertain the troops. He contracted Dengue fever, his Christian Scientist beliefs prevented him from receiving treatment and he returned home where he died on December 10, 1944. 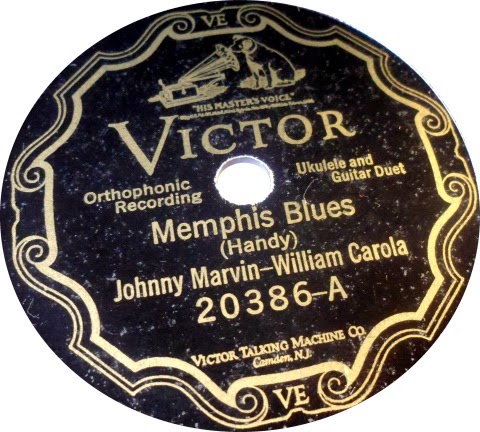 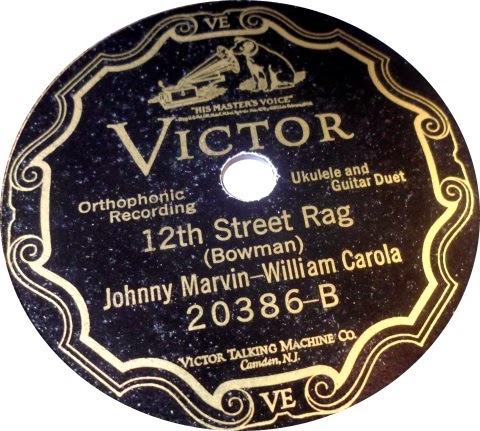 A quartet consisting of a steel guitar, two Hawaiian guitars and a ukulele on Honolulu Stomp side.

A tiple is added for Mele Of Hawaii. 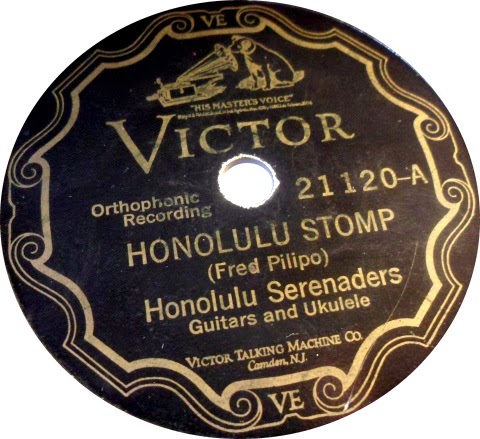 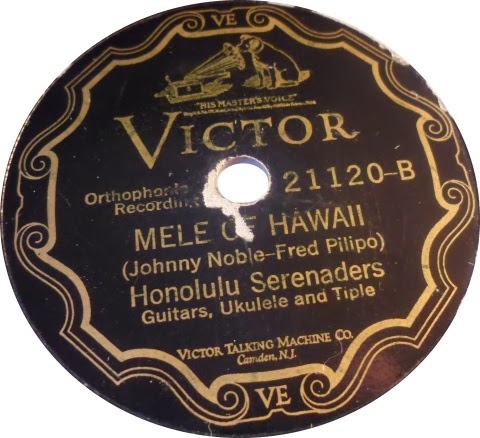 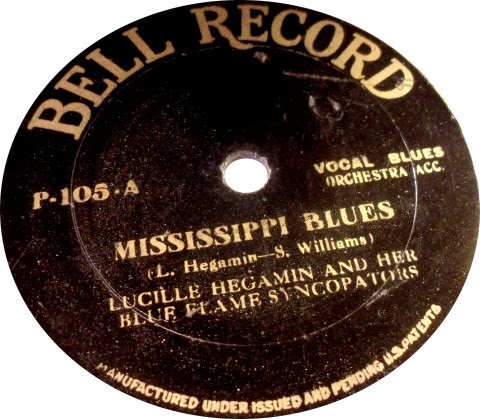 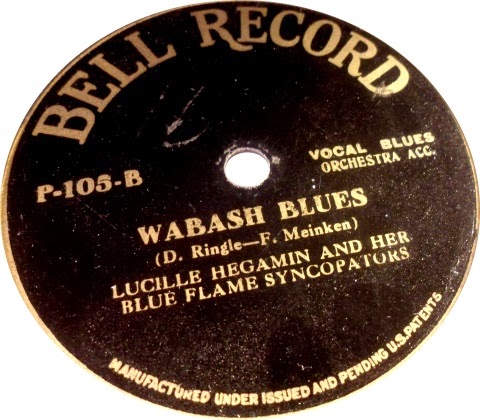