Thought I'd post a bit about the lesser known names from these sessions.

Maggie Jones (c.1900—unknown) was an American blues singer and pianist, who recorded thirty-eight songs between 1923 and 1926. She was billed as "The Texas Nightingale." Jones is best remembered for her songs, "Single Woman's Blues," "Undertaker's Blues," and "Northbound Blues."

She was born Fae Barnes in . Her year of birth is most regularly cited as 1900, although this has not been proven. She relocated to in 1922, where she performed in local nightclubs. She appeared at the Princess Theater in in 1922, and toured the TOBA theater circuit until ca. 1926.

Her debut recording session was on , for Black Swan Records, where she became the first singer from to record a side. Her recording career saw Jones appear on several record labels including Black Swan, Victor, Pathé and , although the bulk of her work was released by . On Black Swan and she was billed as Fae (or Faye) Barnes; on Pathé and she recorded as Maggie Jones. It is unknown whether marriage played any part in her name change.

Over a three year period, her accompaniment was variously supplied by notables such as Louis Armstrong, Fletcher Henderson, Charlie Green, and Elmer Snowden. Jones is especially noted for her six sides on which she was backed by Fletcher Henderson and Louis Armstrong; author Derrick Stewart-Baxter singled out "Good Time Flat Blues" as "her masterpiece". With Fletcher Henderson and Charlie Green she recorded "North Bound Blues", which contained trenchant references to the South's Jim Crow laws that are unusual for a classic female blues singer. By October 3, 1926, Jones had cut her final disc. In 1927 she performed with the Clarence Muse Vaudeville Company and sang in Hall Johnson's choir at the Roxy Theater in .

In 1928–1929 Jones appeared with Bill Robinson in the Broadway production of Lew Leslie's revue, Blackbirds of 1928, which toured the and . She often worked outside the music industry, including co-owning a clothes store in New York. By the early 1930s Jones moved on to , and ran her own revue troupe which performed in . In 1934 she appeared in the All American Cabaret in . She subsequently disappeared from the public eye.

Charlie Green was an American jazz musician, who was born in in circa 1900, and died in 1936 in . He was one of the early jazz trombonists, and the soloist in the Fletcher Henderson orchestra (joining slightly before Louis Armstrong).

According to jazz historian John Chilton (in his book Who's Who of Jazz) Green's premature death was from passing out on his doorstep in Harlem on a cold February night after having been unable to get into his home, and thus freezing to death. This story was disputed by Frederick J. Spencer, M.D., in his book Jazz and Death, Medical Profiles of Jazz Greats. 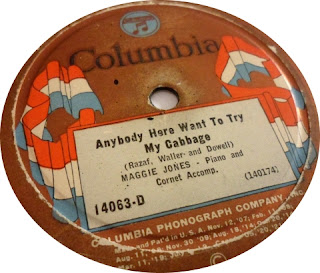 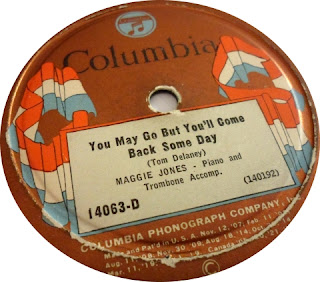 Email ThisBlogThis!Share to TwitterShare to FacebookShare to Pinterest
Labels: Anybody Here Want To Try My Cabbage, Charlie Green, Columbia 14063, Fae Barnes, Fletcher Henderson, Louis Armstrong, Maggie Jones, You May Go But You'll Come Back Some Day

Machito (born Francisco Raúl Gutiérrez Grillo, ?–) was an influential Latin jazz musician who helped refine Afro-Cuban jazz and create both Cubop and salsa music. He was raised in alongside the singer Graciela, his foster sister.

Machito was somewhat short in stature, at 5 feet 4 inches (1.63 m) in height. A lifelong Roman Catholic, he married Puerto Rican Hilda Torres on , at which time he changed his nickname from "Macho" to "Machito". The cross-cultural marriage served as a sign to New York Latinos that it was possible to attain a sense of pan-Latino brotherhood. Frank and Hilda Grillo produced five children: Martha (1941), Frank Jr (1943), Barbara (1948), Mario (1956) and Paula. The family lived in Spanish Harlem at and , where Machito enjoyed cooking for his children, writing the occasional song such as "Sopa de Pichon" while working in the kitchen.

In , Machito formed the band the Afro-Cubans in 1940, and with Mario Bauzá as musical director, brought together Cuban rhythms and big band arrangements in one group. He made numerous recordings from the 1940s to the 1980s, many with Graciela as singer. Machito changed to a smaller ensemble format in 1975, touring extensively. He brought his son and daughter into the band, and received a Grammy Award in 1983, one year before he died.

Machito's music had an effect on the lives of many musicians who played in the Afro-Cubans over the years, and on those who were attracted to Latin jazz after hearing him. George Shearing, Dizzy Gillespie, Charlie Parker and Stan Kenton credited Machito as an influence. An intersection in is named "" in his honor.

Machito suffered a stroke before a concert in in 1984, collapsing while waiting to go on stage at Ronnie Scott's club. He died four days later on , at in . His son Mario carried forward the legacy by leading The Machito Orchestra after his father's death. His daughter Paula, though dedicating her life to scholarly studies, has occasionally fronted the group as its singer. 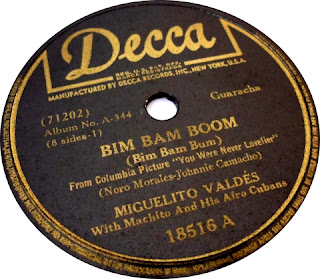 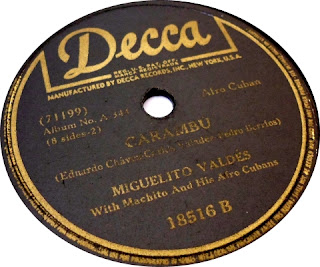 Nice lineup on these sides. 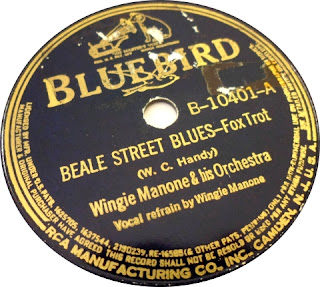 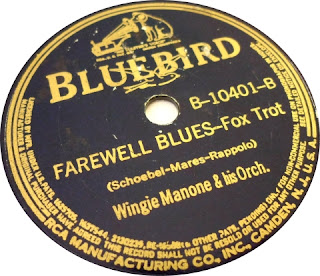 While not Ted Lewis' first recording (that can be found here), I am assuming that this is the first recording by the Ted Lewis Jazz Band judging from the fact that it is the earliest side listed in Rust's discographies.

The flipside is by the Louisiana Five Jazz Orchestra (here's another post of theirs on Edison). 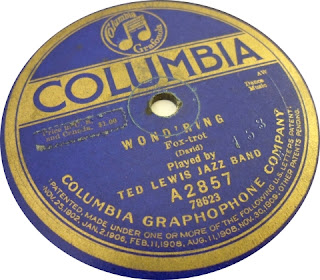 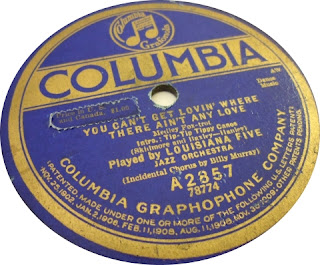 After posting Brother Bone's Sweet Georgia Brown, which became the version that the Harlem Globetrotters' used as their theme song, I remembered that I had a New Orleans jazz inspired theme on a 45 rpm of the most famous Globetrotter of all, Meadowlark Lemon and his new team at the time (1980), The Bucketeers. The flipside is a catchy disco tune with Meadowlark adding his vocals.

Meadowlark came back to his hometown to give motivational speeches and show off his half court hook shot at the local schools...which I attended during junior high.

Coincidentally, two of the most worldwide recognized names in basketball, Meadowlark Lemon and Michael Jordan are from the same town in North Carolina. 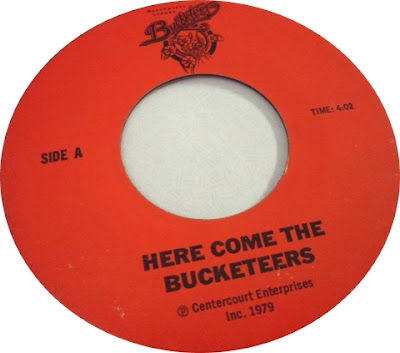 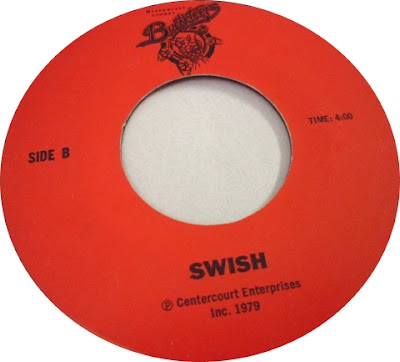 Also, the Harlem Globetrotters put out an album in the early 70s in which they provided backup vocals on the tracks. One of them caught on in the Carolinas and has become a staple of the Beach Music / Shag crowd.

A pleasant surprise to find this over the holiday weekend!

Brother Bones (October 4, 1902 – June 14, 1974) was an American whistling and bone playing recording artist from . Born Freeman Davis, his late 1940s recording of the 1925 standard "Sweet Georgia Brown," became internationally famous after being adopted as the theme song of the Harlem Globetrotters basketball team in 1952. Despite the success of this record, Brother Bones himself remained relatively unknown. 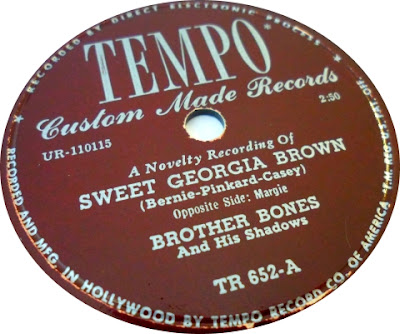 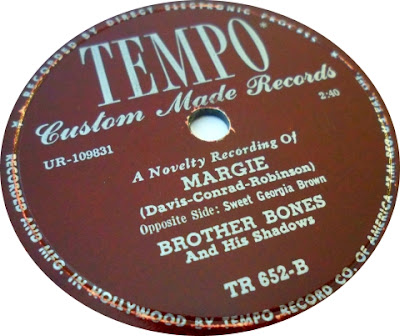 Just who are the Mills Music Masters?

My first step was looking them up in Rust's Jazz discography only to find "See Mills Blue Rhythm Band." So I flipped over a few pages to find that there was no listing at all for these sides under that band. I flipped a few more pages to Irving Mills and found the recordings listed...but only the instrumentation was noted...no names.

My next step was to hit the web. I found an excerpt from Google Books, The Dorsey Brothers: That's It! by Robert Stockdale, which listed this group as a Brunswick Studio Band.

I found no mention of these recordings under The Dorsey Brothers in Jazz & Ragtime or American Dance Band discographies.

Lastly, I pulled the first edition of Mills Blue Rhythm Band on Chronological Classics (#660) from the shelf to see that the first two numbers on the cd were the ones I was searching for.

Does anyone know for a fact which band this is? I definitely don't have the discerning ears that other record collectors have. 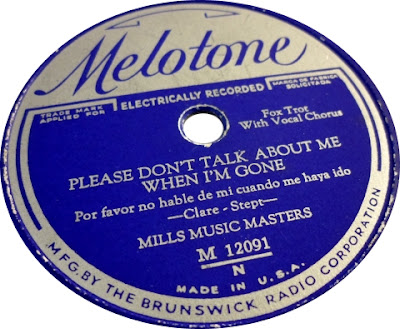 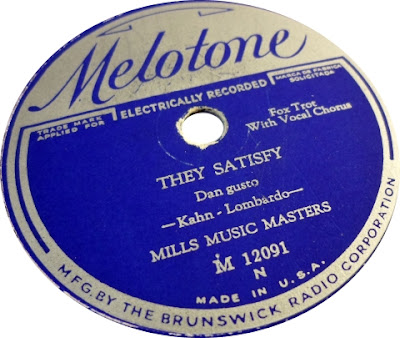 Just uncovered a Decca 3598 in the garage...don't know how I skipped over it in my previous searches.

Andrews Sisters with Vic Schoen & His Orchestra recorded in Hollywood on January 2, 1941. 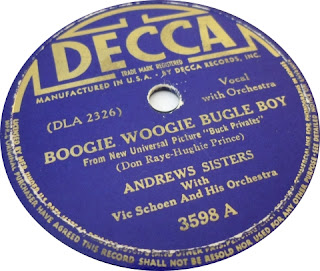 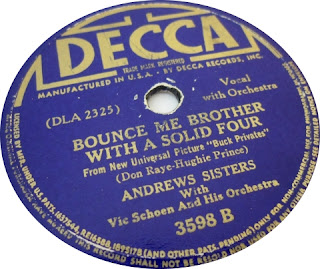