It was an uneventful day out looking for 78s...didn't come home with a single one.

The only find worth mentioning (and it's a personal mention) is this Tex Ritter 45. From what I've been told, it was one of my grandfather's favorite, if not his absolute favorite, songs. He passed away a few months before I was born so apart from pictures and a scant minute or so of silent Super-8 film footage, its things like this that gives me something tangible to relate to him by.

Recorded in 1961. (With the death of Andy Griffith this past year...the star dusted Big Tally Book no longer has any living names left.) 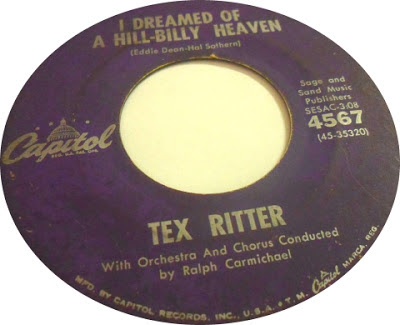 Úrsula Hilaria Celia de la Caridad Cruz Alfonso de la Santísima (October 21, 1925 – July 16, 2003) was a Cuban-American salsa performer. One of the most popular salsa artists of the 20th century, she earned twenty-three gold albums and was renowned internationally as the "Queen of Salsa" as well as "La Guarachera de Cuba."

She spent much of her career living in , and working in the and several Latin American countries. Leila Cobo of Billboard Magazine once said "Cruz is indisputably the best known and most influential female figure in the history of Cuban music."

With fidel castro assuming control of in 1959, Cruz and her husband, Pedro Knight, refused to return to their homeland and became citizens of the . In 1966, Cruz and Tito Puente began an association that would lead to eight albums for Tico Records. 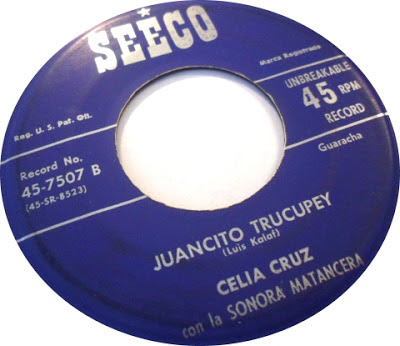 Found this in a charity thrift store for dogs...looked almost unplayed. Here is another side by Burtnett.

Other than Burtnett on piano, only vocalist Paul Gibbons seems to be known. 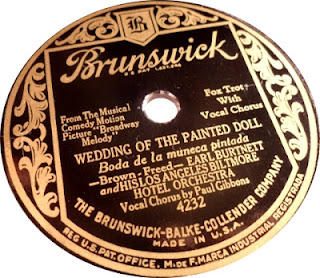 Here are a couple of Rockabilly offerings... 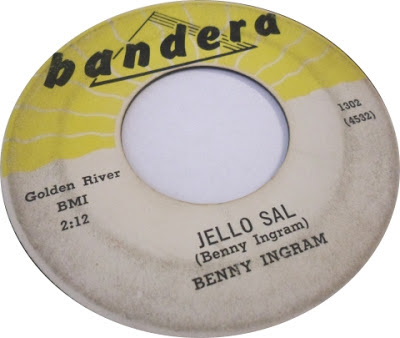 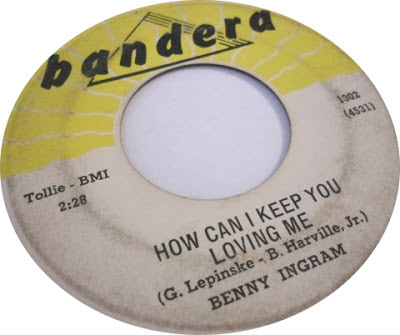 Email ThisBlogThis!Share to TwitterShare to FacebookShare to Pinterest
Labels: Bandera 1302, Benny Ingram, Carl Perkins, Glad All Over, How Can I Keep You Loving Me, Jello Sal, Lend Me Your Comb, Sun 287, The Rockin Guitar Man

Harold Burrage broke into R&B as a vocalist for Horace Henderson (Hi-Yo Silver) still as a teen.

Sadly, he passed away at 35 due to a heart attack.

Here are couple of his records waxed for the Cobra label. 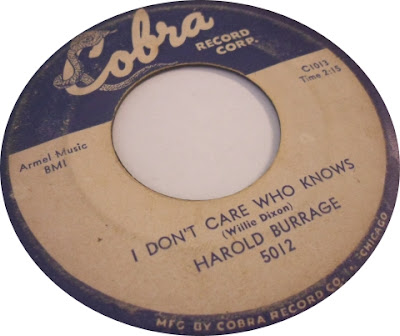 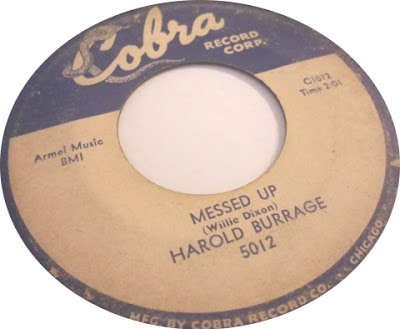 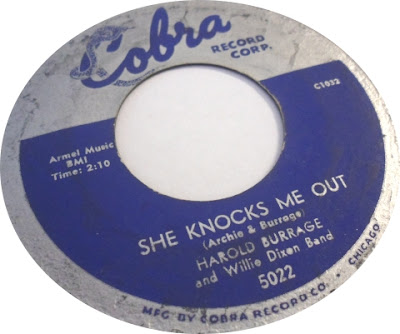 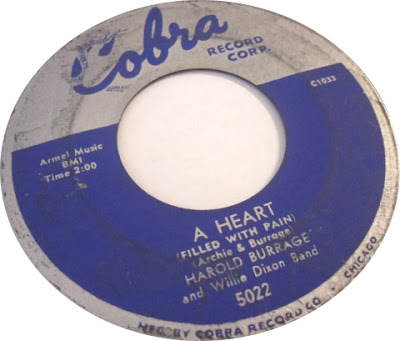 Email ThisBlogThis!Share to TwitterShare to FacebookShare to Pinterest
Labels: A Heart (Filled With Pain), Cobra 5012, Cobra 5022, Harold Burrage, I Don't Care Who Knows, Messed Up, She Knocks Me Out, Willie Dixon
Newer Posts Older Posts Home
Subscribe to: Posts (Atom)