Is This Hank Williams' Signature?

About a month ago (Summer of 2013), I visited a rather new record haunt…for me that is…and after clearing out the store’s inventory of 78s, the proprietor informed me about an acquaintance of his that had come into a stash of old records that were once owned by a local jazz musician. After leaving my number, I had almost forgotten about the conversation when I received a call this week asking if I was still interested. Arrangements were made and the family and I headed out after church the next day.

Pulling into the drive and disembarking from the van, I was greeted with the hospitality one would expect from a fellow southerner…(no knock against the other half of my family hailing from ).

I was shown several dilapidated, rat chewed boxes containing what I guessed held over two hundred 78s. I was also informed about stacks of lps and a smattering of 45s out in the garage.

With the heat index in triple digits and the whole family in the van, even though air conditioned, and the asking price for everything low enough that I wouldn’t be put out too bad if nothing good was in the lot, I handed over the money and started loading up…all basically sight unseen other than spying a Victor scroll on one end of a box.

Seeing that it was a relief for the owner to have several square feet of space again, we said our good-byes, backed out of the drive and headed home.

I started flipping through the lps and 45s before getting to the “good stuff.” Not expecting much in that bunch, I wasn't too disappointed when I had finished sifting.

The 78s were up next and about 80% turned out to be big band fare, Goodmans, James, Shaws & Millers with several Ellingtons, Basies and Armstrongs thrown in.

Then I got to the loose stacks and the older labels started to appear. (The best was a Charlie McCoy with Chatman’s Mississippi Hot Footers on Brunswick).

I had amassed a small stack of upper tier records that were brought into the house for cleaning and further inspection. Among these was a Hank Williams on . When I got to it, I saw it was one that I had a few copies of already but writing on the label caught my eye. It was a small cursive “Hank Williams” written next to the label printout of the same name, striking me as odd. I have seen many instances of record owners putting their own John Hancock on a label for identification purposes but never this. Starting to give way to the notion this may be an actual autograph, google image searches ensued. The ones that I had found do bear striking similarities.

Thinking back on the conversation with the person that I had bought the records from earlier that day and discovering that the original owner of the collection had passed away over a decade ago, I knew that any specific details about this particular record were long gone.

Now come the steps to discern its authenticity...and if authentic, this would be my biggest 78 find to date. 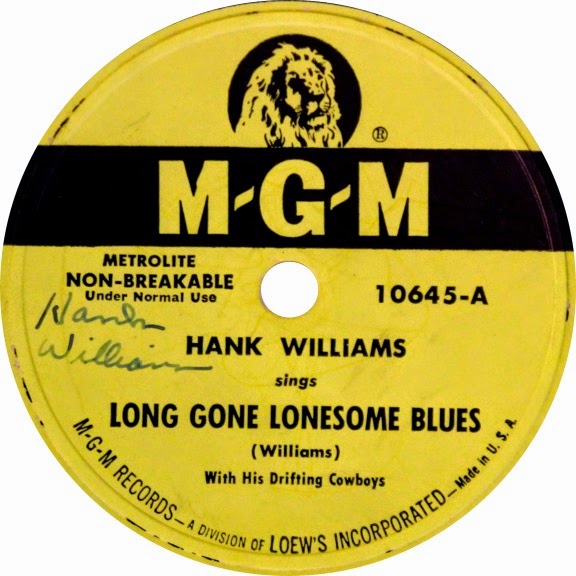 Here is a screencap of Hank Williams' signature from the official website.

Just received a picture from Hank Williams fan/collector, Ken Campanile, of Williams signing an MGM 78. Seems to lend credence to the record above. A stack of sleeved MGMs can clearly be seen in the back of the photo. 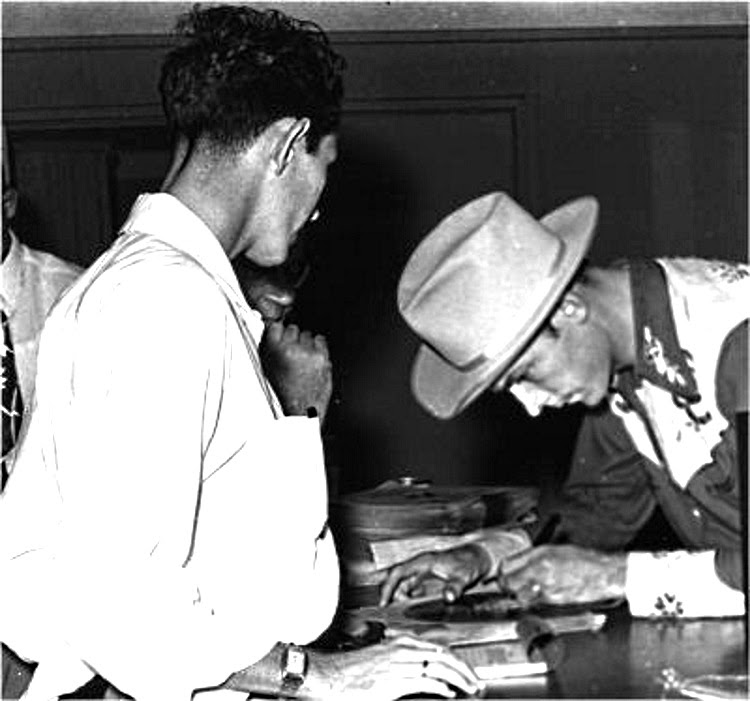