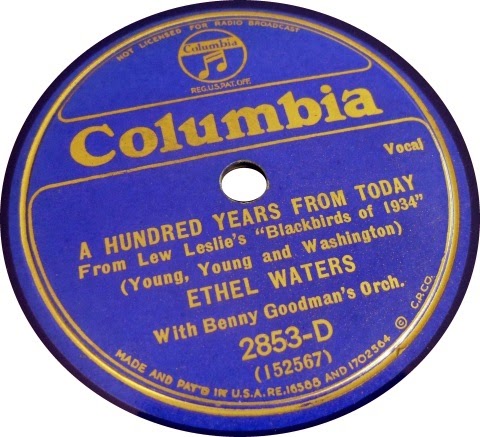 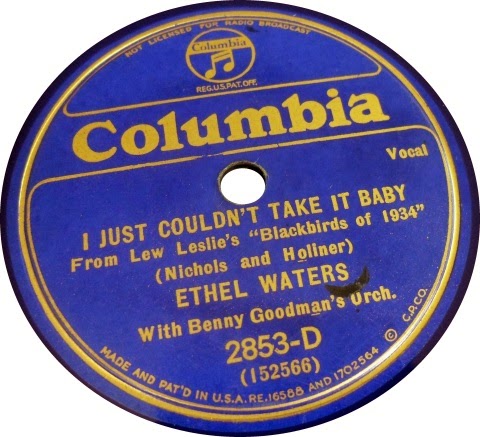 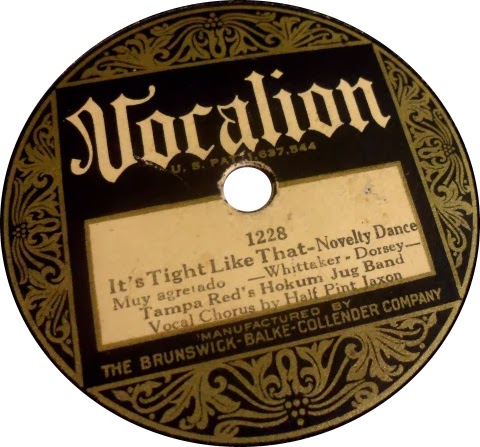 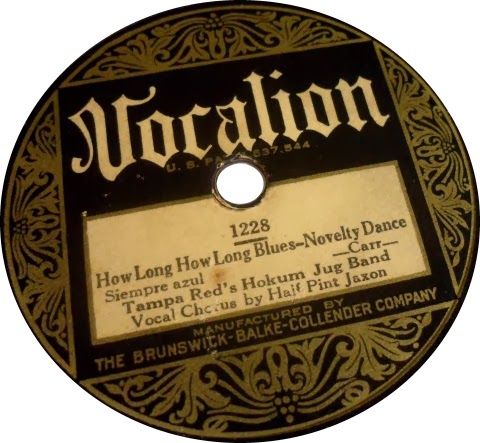 I never find these blues 78s in halfway decent shape...and this one is par for the course.

Peetie Wheatstraw (December 21, 1902 – December 21, 1941) was the name adopted by the singer William Bunch, an influential figure among 1930s blues singers. Although the only known photograph of Bunch shows him holding a National brand tricone resonator guitar, he played the piano on most of his recordings.

Born to parents James Bunch and Mary (Burns) Bunch, Wheatstraw is assumed to have been born in Ripley, Tennessee, but was widely believed to have come from Arkansas. His body was shipped to Cotton Plant, Arkansas for burial, and fellow musician Big Joe Williams stated that this was his home town.

The earliest biographical facts come from fellow musicians such as Henry Townsend and Teddy Darby who remember Wheatstraw moving to St Louis, Missouri in the late 1920s. He was already a proficient guitarist, but a limited pianist. He was commonly found entertaining audiences at a club called Lovejoy in the east St. Louis area or at a juke joint over a barbershop on West Biddle Street. By the time Sunnyland Slim moved to St Louis in the early 1930s, Wheatstraw was one of the most popular singers with an admired idiosyncratic piano style.

Wheatstraw began recording in 1930 and was so popular that he continued to record through the worst years of the Great Depression, when the numbers of blues records issued was drastically reduced. It was blues musician Charlie Jordan who broke Wheatstraw into the recording world, setting him up with both Vocalion and Decca Records in a duet entitled “Tennessee Peaches Blues” with an artist called Neckbones. The time following this first recording in August 1930 was especially prolific for him—he produced twenty-one songs in two years including solos like “Don’t Feel Welcome Blues,” Strange Man Blues,” “School Days,” and “So Soon.”, He made no records between March 1932 and March 1934, a period in which he perfected his mature style.

For the rest of his life, he was one of the most recorded blues singers and accompanists. His total output of 161 recorded songs was surpassed by only four pre-war blues artists: Tampa Red, Big Bill Broonzy, Lonnie Johnson and Bumble Bee Slim (Amos Easton). Among the clubs of St Louis and East St Louis his popularity was outstanding, rivalled only by Walter Davis. Despite rumours of his touring, there is little evidence that he worked outside these cities, except to make records. 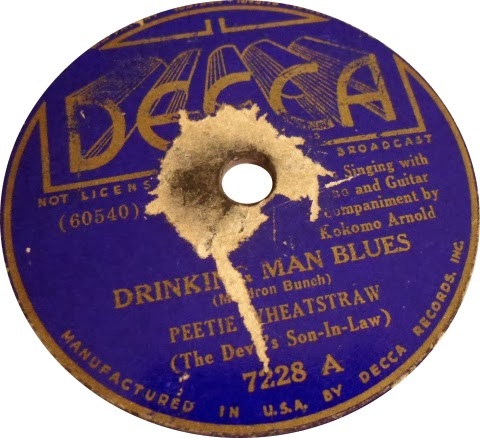 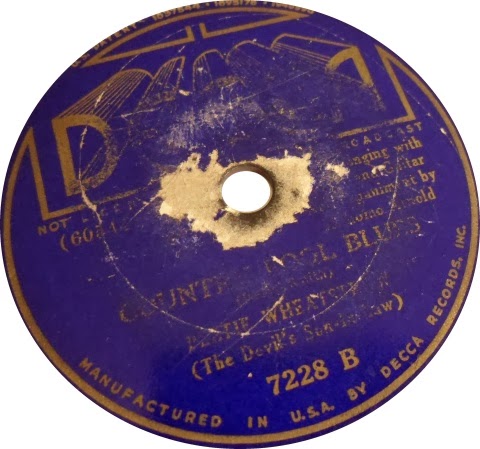 Jim Jackson (c.1884 - 1937) was an African American blues and hokum singer, songster and guitarist, whose recordings in the late 1920s were popular and influential on later artists.

Jackson was born in Hernando, Mississippi, United States, and was raised on a farm, where he learned to play guitar. Around 1905 he started working as a singer, dancer, and musician in medicine shows, playing dances and parties often with other local musicians such as Gus Cannon, Frank Stokes and Robert Wilkins. He soon began traveling with the Rabbit Foot Minstrels, featuring Ma Rainey and Bessie Smith, and other minstrel shows.

He also played clubs on Beale Street in Memphis, Tennessee. His popularity and proficiency secured him a residency at Memphis's prestigious Peabody Hotel in 1919. Like Lead Belly, Jackson knew hundreds of songs including blues, ballads, vaudeville numbers, and traditional tunes, and became a popular attraction.

Jackson's first record, "Jim Jackson's Kansas City Blues, Part 1 & 2" (recorded 10 October 1927 for Vocalion Records) was one of the first, and biggest race hits. The song's melody line was re-used and developed by Charlie Patton ("Going To Move To Alabama") and Hank Williams ("Move It On Over") before emerging in "Rock Around The Clock", and its lyrical content presaged Leiber and Stoller's "Kansas City." The song contains the line "It takes a rocking chair to rock, a rubber ball to roll..." and is mentioned as one of the candidates to the First rock and roll record. 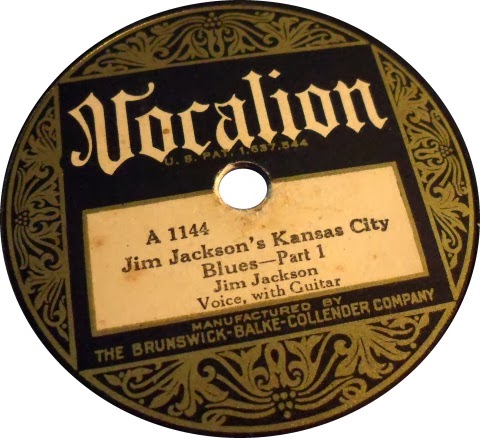 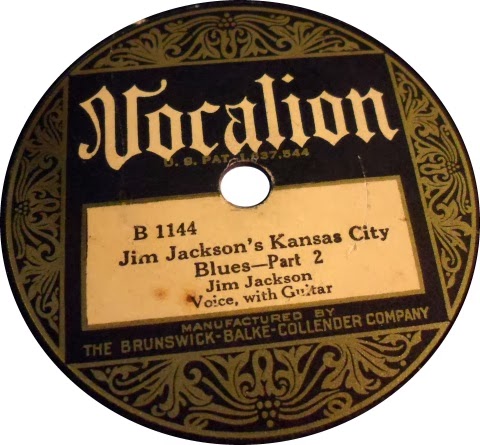 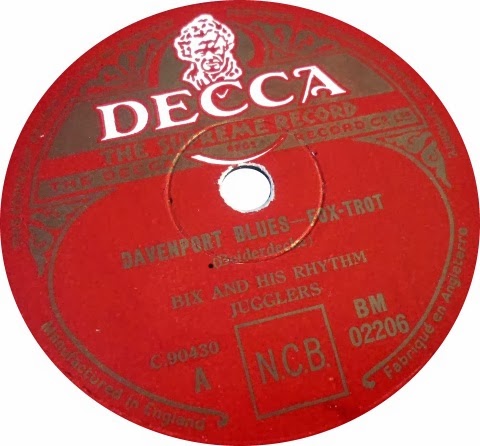