By chance, I had someone contact me about a stash of 78s found as they were cleaning out an elderly relative's house. I said I could take a look and see if anything may be collectible. This morning, he drove the records over to my house but unfortunately the original carrying case had been sitting in an inch of water for years. (They were basically Crosbys and newer Hawaiian)

After explaining that the damage made these all but worthless and unplayable, I saw a 45 stuffed in a folder which resided well above any water threat.

Sorely out of place, it was a decent copy of early Orioles on Jubilee. Not bad. 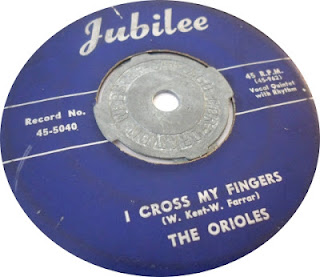 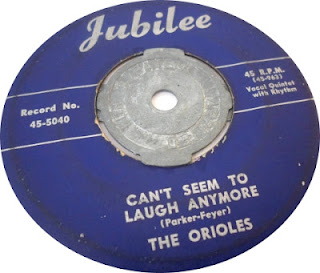 Email ThisBlogThis!Share to TwitterShare to FacebookShare to Pinterest
Labels: Can't Seem To Laugh Anymore, I Cross My Fingers, Jubilee 5040, Sonny Til, The Orioles

Here's my second offering from the Canadian stash...


Love is Strange was a crossover hit by American rhythm and blues duet Mickey & Sylvia, which was released in late November 1956 by the Groove record label.

The song was based on a guitar riff by Jody Williams. The co-writers of the song are of some dispute. The song has also been recorded by Buddy Holly and Bo Diddley, among others. The guitar riff was also used by Dave "Baby" Cortez in his 1962 instrumental song Rinky Dink.

At a concert at in Mickey & Sylvia heard Jody Williams play a guitar riff that Williams had played on Billy Stewart's debut single Billy's Blues. Billy's Blues was released as a single in June 1956 and the instrumentation combined a regular blues styling with Afro-Cuban styling.

Sylvia Robinson claims that she and Mickey Baker wrote the lyrics, while Bo Diddley claims that he wrote them.

Recorded on on RCA’s Groove label. 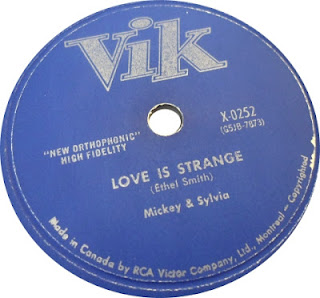 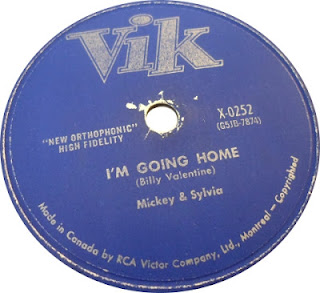 Have been in a Little Richard frame of mind for a couple of weeks now after having recently seen him in concert. Just the other day, I acted on a tip from the local record store guy and came across a nice stack of rock & roll 78s that were all pressed in Canada. It looks like they all came from one owner and that person took great care in handling them.


The recording session took place on at J&M Studio in , the legendary studio owned by Cosimo Matassa on the corner of Rampart and Dumaine where Fats Domino and many other luminaries recorded. "Tutti Frutti", as well as many other Little Richard sides, was also recorded there. 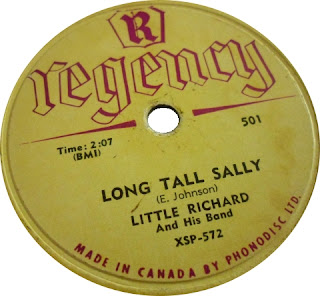 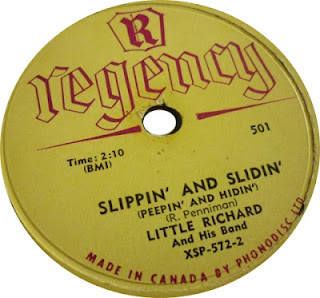 
Frank Teschemacher (March 13, 1906, Kansas City, Missouri – March 1, 1932, Chicago) was an American jazz clarinetist and alto-saxophonist, associated with the "Austin High" gang (along with Jimmy McPartland, Bud Freeman and others). He was born in , but spent most of his career based in , although gigs sometimes took him to , around the U.S. Midwest, and he also took a job in with Charlie Straight.

Strongly influenced by cornetist Bix Beiderbecke, he was mainly self-taught on his instruments; early on he also doubled on violin and banjo. He started playing the clarinet professionally in 1925. He began recording under his own name in 1928 and made what are believed to be his final recordings two years later, although there is now reason to believe (via sine wave recording research, aka Smith/Westbrook Method) that he appeared on unidentified recordings as late as 1930. His intense solo work laid the groundwork for a rich sound and creative approach, that is credited with influencing a young Benny Goodman and a style of which Pee Wee Russell is perhaps the best-known representative. He also made recordings on the saxophone. Late in his career, he returned to playing violin with Jan Garber's sweet dance orchestra, trying to earn a living in the midst of the Great Depression. Although he was well known in the world of jazz, he did not live to enjoy popular success in the swing era.

He was killed in an automobile accident on the morning of , a passenger in a car driven by his performing associate cornetist "Wild" Bill Davison; it was several days short of what would have been his 26th birthday. 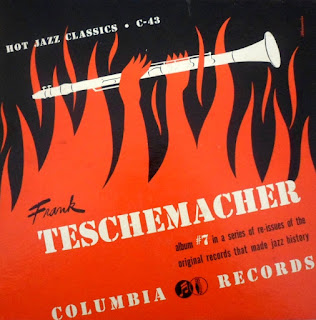 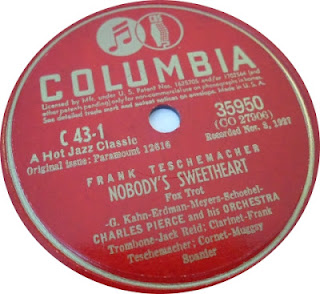 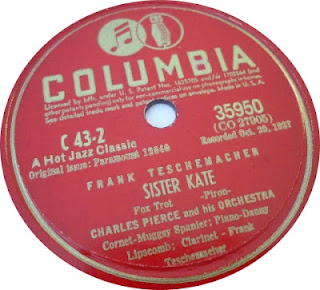 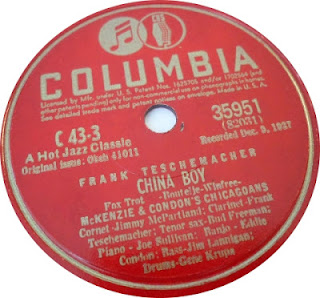 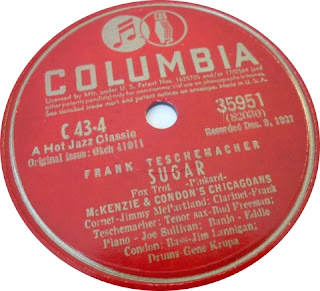 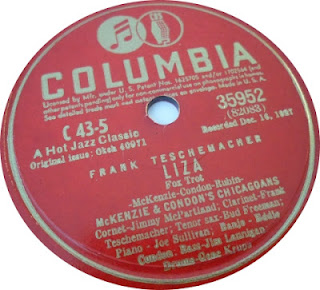 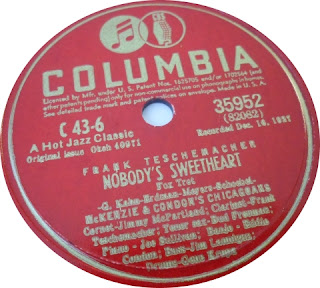 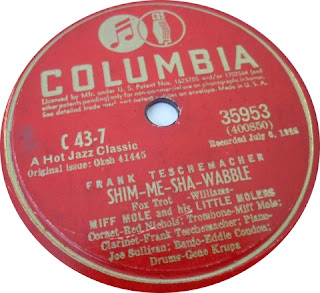 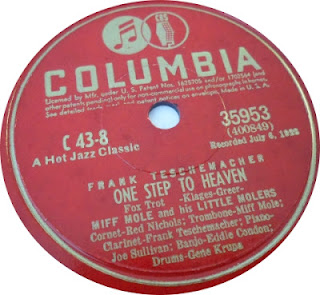 Following the personnel trail in the discography, I believe this may be the lineup for these sides. 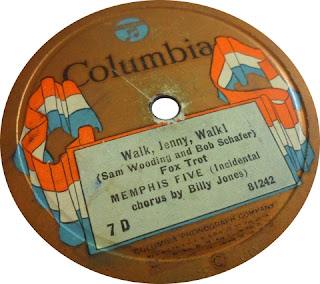 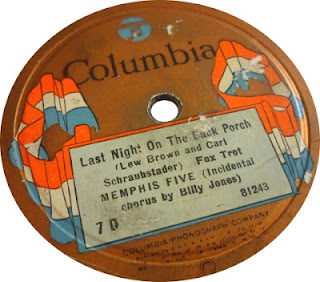 Leonard Caston Sr., was born in , and raised in from age eight. He lived in from 1934 to 1936 but then moved back to after his family relocated to . He learned to play piano under the influence of Leroy Carr and Art Tatum; he has also credited Andy Kirk and Jimmy Rogers, as well as his relative Kim Weathersby, as stylistic influences.

In 1938 he returned to , where he met with Mayo Williams, a producer for Decca Records. Williams recorded him in a trio with Eugene Gilmore and Arthur Dixon; introduced him to his brother, Willie Dixon. Willie and Caston then formed the Five Breezes, along with Jimmy Gilmore, Joe Bell, and Willie Hawthorne, a group in the style of The Ink Spots. In 1940, Caston recorded his first solo record for Decca, "The Death of Walter Barnes", which also included Robert Nighthawk on harmonica.

The Five Breezes disbanded in 1941, and Caston began playing in the Rhythm Rascals Trio with Alfred Elkins and Ollie Crawford. The group did USO tours, and in 1945 performed at a conference for Dwight Eisenhower, Bernard Montgomery, and Georgy Zhukov. After the war, he recorded under his own name as well as for Roosevelt Sykes and Walter Davis, and did myriad studio sessions. He also recorded again with as the Four Jumps of Jive and the Big Three Trio, playing in both groups with Bernardo Dennis as well. Ollie Crawford joined this group soon after Dennis's departure. The Big Three Trio recorded for Columbia Records and Okeh Records.

The Big Three Trio's last sides were recorded in 1952, but the group did not officially break up until 1956. Caston continued performing for decades afterwards, returning to perform with in 1984.

Caston also released an album, Baby Doo's House Party, shortly before his death of heart disease in , in 1987. 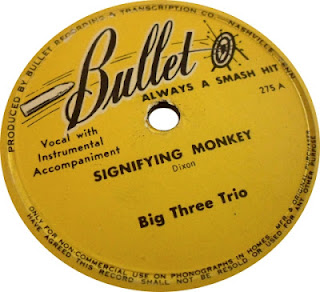 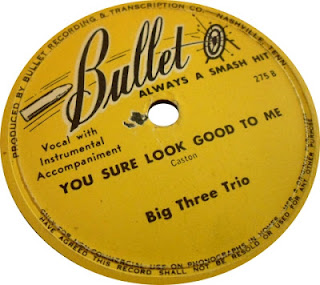