Here's the newest addition to the collection. 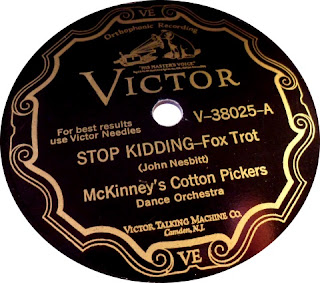 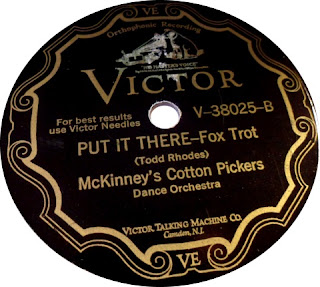 Just last week, I received a great surprise in the mail...a carefully packed box loaded down with 78s.

A good friend (you can check out his shellac & vinyl videos here) sent them knowing my penchant for wax pertaining to Puerto Rico and Cuba (among others).

Morales learned several instruments as a child. He played in Venezuela from 1924 to 1930, then returned to Puerto Rico to play with Rafaél Muñoz. He emigrated to New York City in 1935, and played there with Alberto Socarras and Augusto Cohen. In 1939, he and brothers Humberto and Esy put together the Brothers Morales Orchestra. He released the tune "Serenata Ritmica" on Decca Records in 1942, which catapulted him to fame in the mambo and rumba music world; his band rivaled Machito's in popularity in New York in the 1940s. 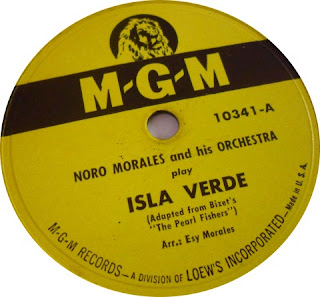 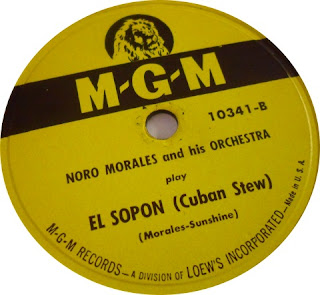 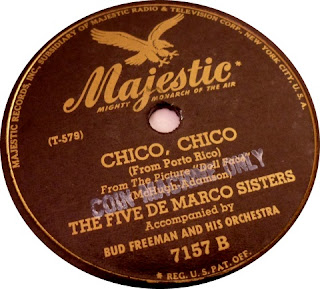 Through his long associations with jazz pianist George Shearing, vibraphonist Cal Tjader and guitarist Carlos Santana, he has been internationally known from the 1950s through to the 1990s. Although primarily known as a bongocero and conguero, Peraza is also an innovative and accomplished dancer and composer. Peraza has been featured on classic recordings by Perez Prado, Machito, George Shearing, Charlie Parker, Tito Puente, Cal Tjader and Carlos Santana.

Armando Peraza is one of a handful of Cuban percussionists who came to the United States in the 1940s and 50s. Other notable congueros who came to the U.S. during that time include Mongo Santamaria, Chano Pozo, Francisco Aguabella, Julito Collazo, Carlos Vidal Bolado and Modesto Duran.

Peraza's work with Shearing, Tjader and Santana brought him international fame. He has been inducted into the Smithsonian Institution's Hall of Jazz Legends and has had three official "Armando Peraza Days" by the City of San Francisco. 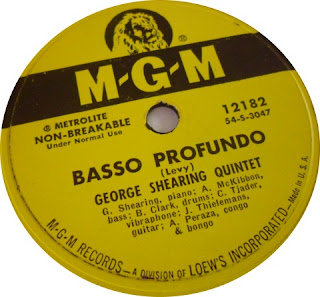 Anselmo Sacasas (23 November 1912 - 22 January 1998) was a Cuban jazz pianist, bandleader, composer, and arranger. As a pianist he took inspiration from Cuban tres players like Arsenio Rodríguez, adapting their techniques to his own style as a soloist in orchestras playing Cuban music.

He began to learn piano at the age of 6 from a female cousin, and 10 years later graduated from the music conservatory in Manzanillo. He later moved to Havana, where he composed piano pieces for silent films and developed an interest in the danzón style. In the early 1930s he was a membor of Tata Pereira's orchestra.

In 1936 he met the singer Miguelito Valdés, with whom he would work in the Orquesta de los Hermanos Castro. Shortly after he would found the Orquesta Casino de la Playa. This band, with its jazz arrangements, would prove to be a complete revolution in the Cuban music scene, touring Central and South America and appearing on film in both Cuba and the United States.

In 1940, Sacasas left for New York, where after some difficulty he was able to found his own orchestra in 1941. They played in the Colony Club in Chicago and the cabarets La Conga Club and Havana Madrid in Manhattan. 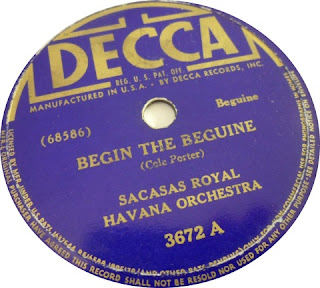 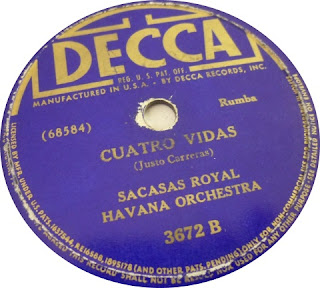