Finally found a copy of the other Thumper record. 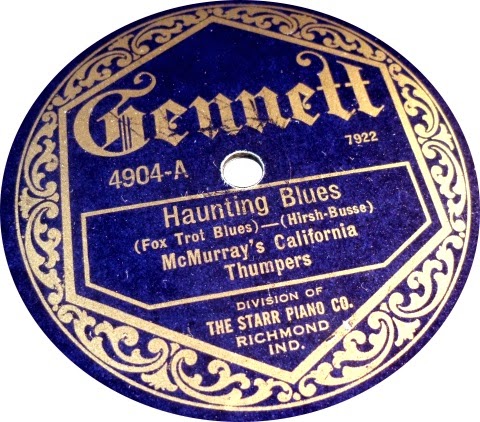 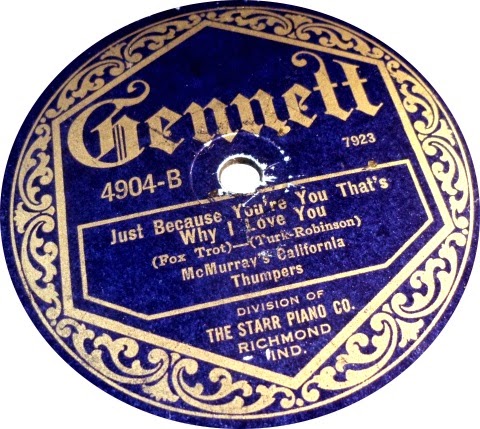 Here we have the first recording...and the only one for Okeh...by Anthony Parenti as leader. (His last 78 can be heard here)

This was recorded one day before Brownlee's Orchestra Of New Orleans waxed their only record.

Parenti was a childhood musical prodigy, first on violin, then on clarinet. As a child he substituted for Alcide Nunez in Papa Jack Laine's band. In New Orleans he also worked with Johnny Dedroit. During his early teens Parenti worked with the Nick LaRocca band. among other local acts. Parenti led his own band in New Orleans in the mid-1920s, making his first recordings there, before moving to New York City at the end of the decade.

In the late 1920s, Parenti worked with Benny Goodman and Fred Rich, and later in the decade moved to New York City full-time where he worked through the 1930s as a CBS staffman and as a member of the Radio City Symphony Orchestra.

From 1939-1945 Parenti, with Ted Lewis's band, played alongside Muggsy Spanier. In 1944, he recorded and appeared in concert with Sidney Bechet and Max Miller in Chicago.

In the 1940s and still in New York City, Parenti formed a Dixieland jazz band called Tony Parenti and His New Orleanians, and which featured Wild Bill Davison, Art Hodes and Jimmy Archey, among others. He often appeared at such New York jazz spots as Nick's and Jimmy Ryan's, and also worked with Eddie Condon. Parenti remained active until the 1960s in clubs, and died in New York City on April 17, 1972. 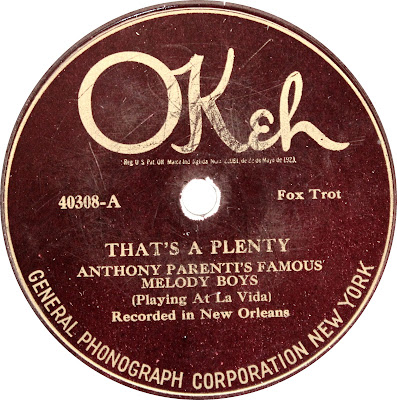 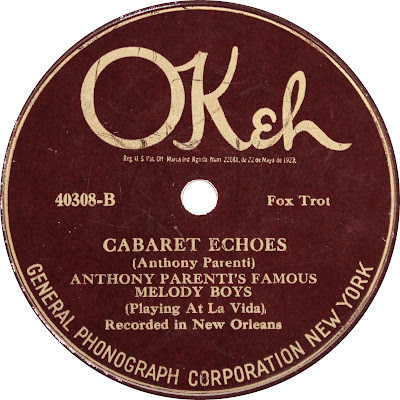