Trying to clear my head, I looked around the garage a bit and saw a box of records that I was sure I had recently combed through. Giving it a nudge to get it off the shelf, I saw my handwriting on the side saying "Hot Sides."

I put it on the table to start flipping through and realized I hadn't seen the contents since at least 2007 (judging from the dates on the sleeves that I mark when I clean them).

Don't have it but there is a version sans vocal. 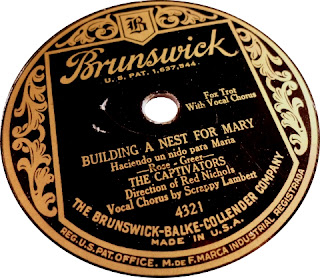 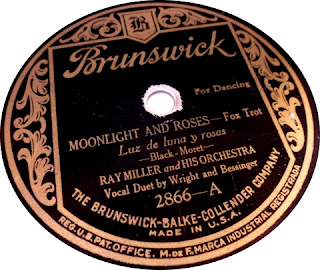 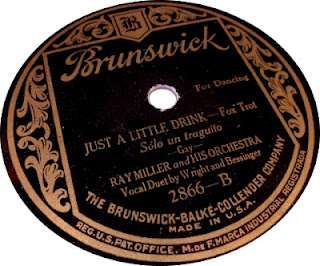 “Next to a letter from home, that organization (Glenn Miller's Army Air Force Band) was the greatest morale builder in the European Theater of Operations.” - General Jimmy Doolittle 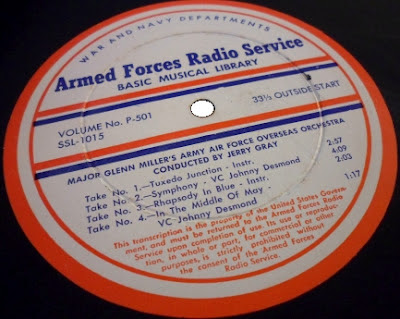 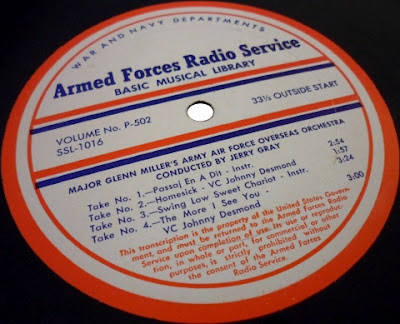 Ben Bernie (May 30, 1891 – October 23, 1943), born Bernard Anzelevitz, was an American jazz violinist and radio personality, often introduced as The Old Maestro. He was noted for his showmanship and memorable bits of snappy dialogue.

Bernie was born in . By the age of 15 he was teaching violin, but this experience apparently diminished his interest in the violin for a time. He returned to music doing vaudeville, appearing with Phil Baker as Baker and Bernie, but he met with little success until 1922 when he joined his first orchestra. Later, he had his own band, "The Lads," seen in the early DeForest Phonofilm sound short, Ben Bernie and All the Lads (1924–1925), featuring pianist Oscar Levant. He toured with Maurice Chevalier and also toured in .

(Side A is pretty rough) 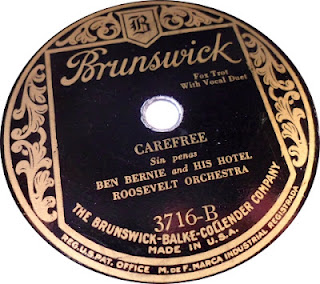 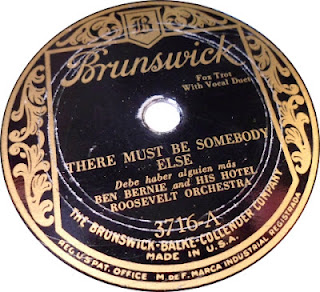 Email ThisBlogThis!Share to TwitterShare to FacebookShare to Pinterest
Labels: Ben Bernie And His Hotel Roosevelt Orchestra, Brunswick 3716, Carefree, Jack Pettis, Scrappy Lambert, There Must Be Somebody Else

Looking up the Lanin side in Rust's discographies, it looks like Red Nichols may be present. 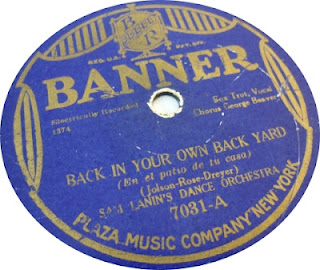 Not much info found for thise side...it may be a Billy James' Orchestra. 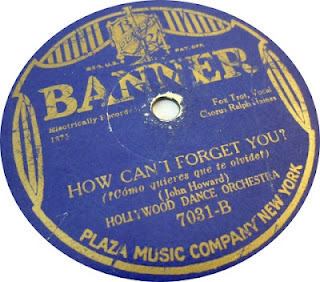