Wilbur Sweatman made his first recording, in Minneapolis, on cylinder just after the turn of the century. These were promotional items and apparently none have survived to the present day.

It would be more than a decade later before he would record again. In December of 1916, he recorded two versions of My Hawaiian Sunshine for Emerson. The first of the recordings was issued on a five and a half inch disc while the second was on a seven inch.

Here we have the earliest Sweatman record.

Recorded in New York in December 1916. 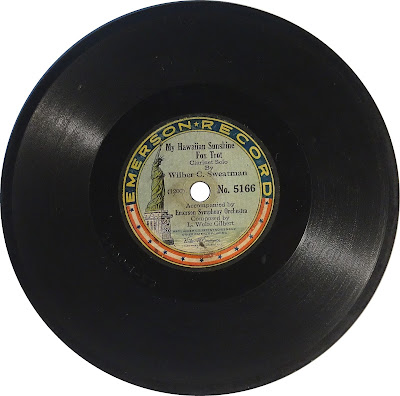