Just got a nice copy of this disc...love my Motens! 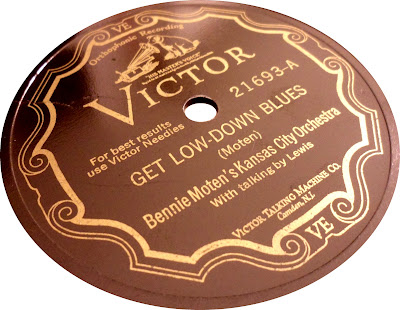 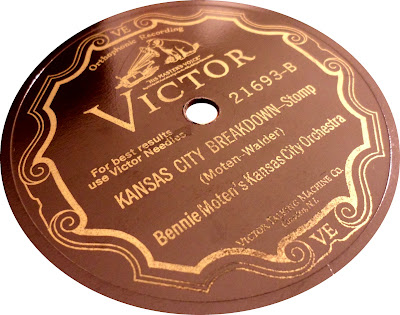 Continuing with my Veterans Day theme...

About 15 years ago, my parents moved into a neighborhood that had its share of snowbirds and retirees. It didn’t take long for them to start joining in the neighborhood parties and meeting everyone.

Dad started talking to an older gentleman, Frank…a WW II veteran and after a while discovered that although a generation apart, they were from the same small rural town in .

Before I ended up moving to the same neighborhood myself a few years later, I happened to be visiting my parents when one of these neighborhood get togethers was going on. I met Frank & Shirley that night and even though he was 50 years older…I sat and talked to him the whole evening.

The conversation began with the common town and eventually turned to music. Frank had moved to early on and was there right smack in the middle of the Swingin’ The Blues era. He recounted the times he saw Basie’s group and also how he knew Jay McShann personally. (I can still remember the day he called to tell me Jay McShann had passed away.)

He then mentioned how he had been looking for a certain recording, Bugle Call Rag & One O’Clock Jump by the Metronome All Star Band. Being a record collector, I had several copies and would later make a recording and give him a copy of the Victor 78.

For years, Frank and his wife Shirley would invite me to the annual Big Band concerts that came to town by The Glenn Miller & Tommy Dorsey Orchestras. My wife and I still go with Shirley because, unfortunately, I lost my friend Frank a couple of years ago. He passed away just short of the opening of the in where he had been invited to the dedication.

I am often reminded of Frank almost everywhere I look as he just happened to be a bystander in one of the most famous photographs ever taken.

This one’s for you Frank! 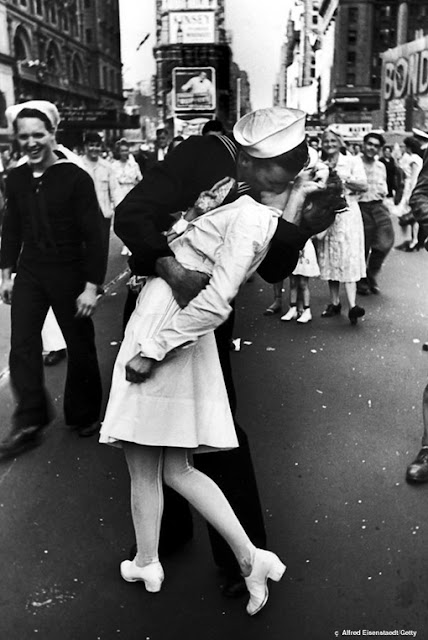 Frank is the 'other' sailor (on the left)﻿ 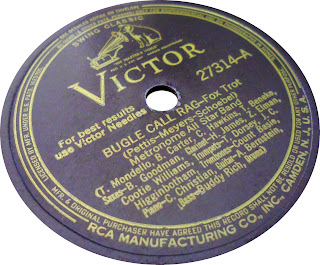 In honor of Veterans Day, and more specifically my Father-In-Law...who was a member of The West Point Glee Club and a Class of '75 graduate from the United States Military Academy, I am posting this 1950 Columbia Records album. 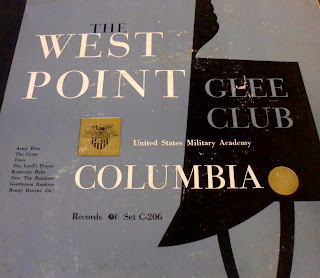 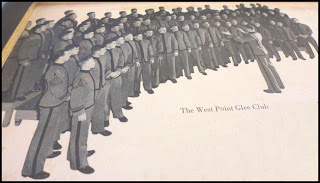 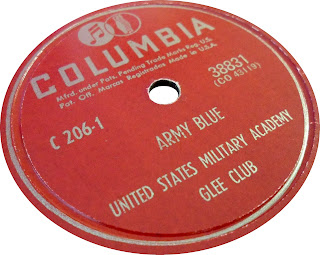 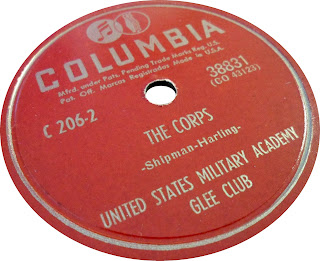 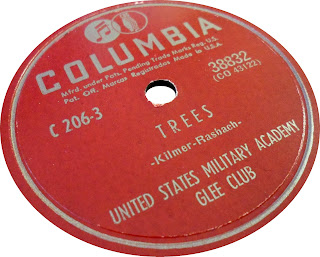 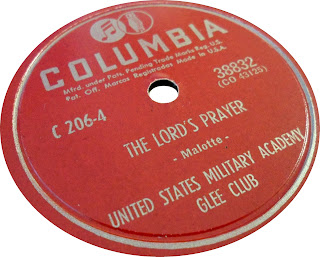 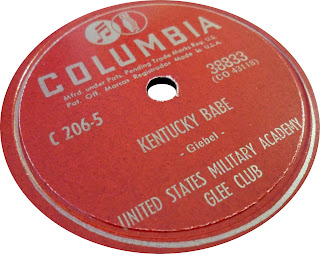 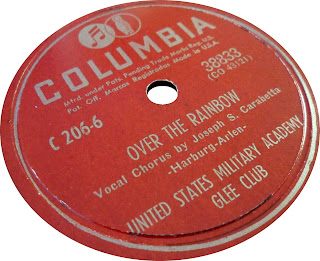 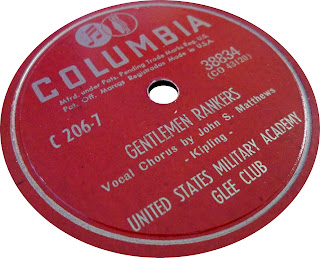 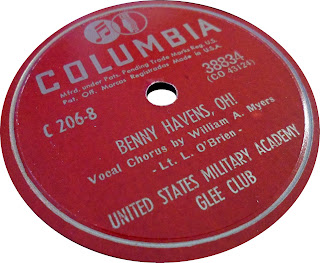 Looks like this group led by banjoist Maurice Sigler was an offshoot of the Birmingham, AL territory band, Jack Linx & His Society Serenaders.

Here we have half of their total output from the group's only recording date of August 28, 1924 in Atlanta. 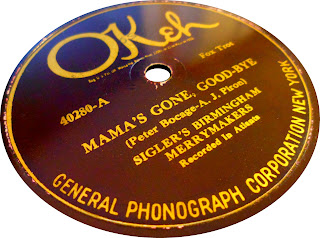 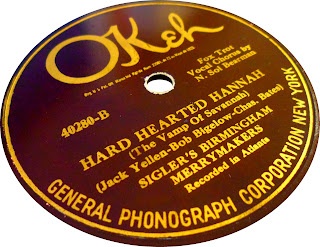 Gonna continue with the Latin flavor one more time.

Here we have a 1946 recording from Cuba. Unfortunately, while the wax on this record is fairly shiny...the sound quality does not match. 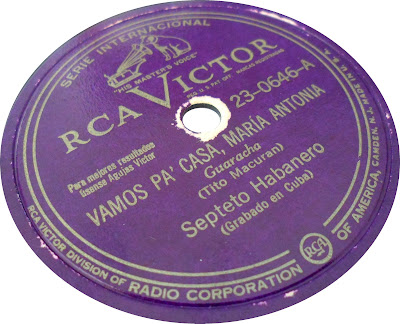 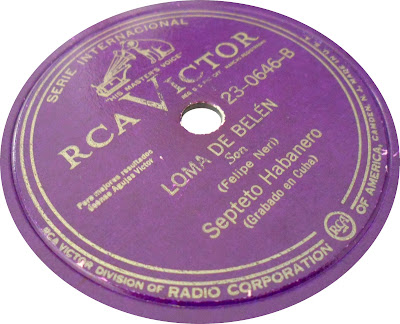 Juan Tizol was born in Vega Baja, Puerto Rico in 1900. He would become an integral part of Duke Ellington's orchestra and brought a Latin influence to many recordings. He is arguably best known for two of his compositions...Caravan and Perdido.

These sides were recorded in Hollywood during one of his leaves from the Ellington orchestra on April 7, 1946. 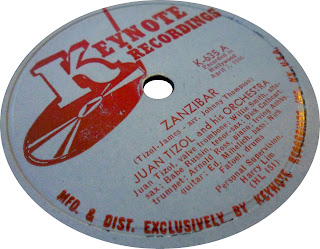 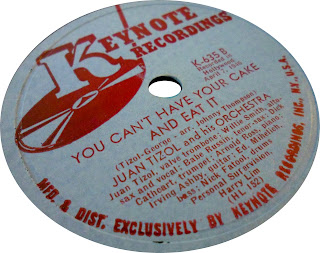 Here we have Fletcher Henderson's group with the great Tommy Ladnier on trumpet. 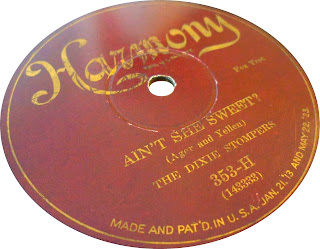 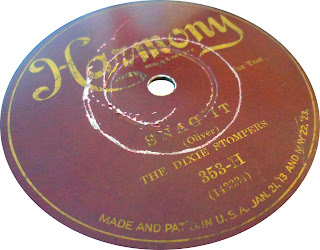 Just slid this disc out of its sleeve, placed it on the platter and googled the name. Come to find out...Tim Brymn was a fellow Tarheel. He was born in Kinston, NC in 1881 and had a 70 piece orchestra called the Black Devils which was also the group for the 350th Artillery Regiment during World War 1. (Willie The Lion Smith fought in that regiment)

I might start searching for other Tarheel jazz artists and see if I might have any of their records on 78. 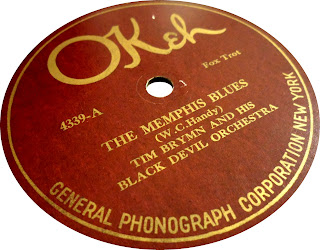 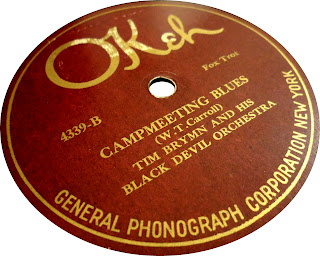