Still digging into the stash of R&B that I found a few weeks back...really like Natural Natural Ditty. 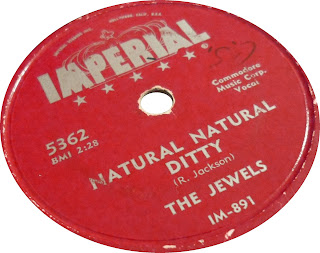 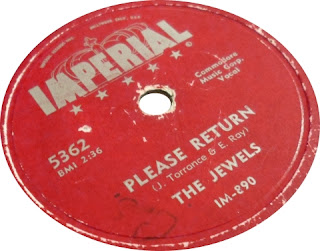 Just gave this side a listen and was blown away by the style. Never really got into Ray Charles and only knew him from his hits...and the great song That Spirit Of Christmas from the movie Christmas Vacation.

The interplay between the piano and guitar is hypnotic. Searching to find who the guitar player was, I found out that it was Mickey Baker of Mickey & Sylvia fame...Love Is Strange...which captured a whole new audience after playing a prominent role in Dirty Dancing.

I only wish that I had found a better copy of this song as it is a little noisy. 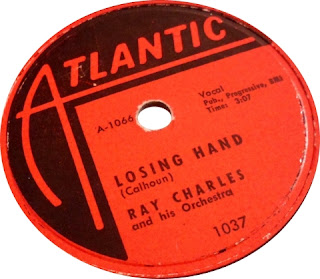 Here we have a double sided demonstration record from Columbia Phonograph Company.

Not sure of the recording date but the latest patent pending date on the label is 1909. 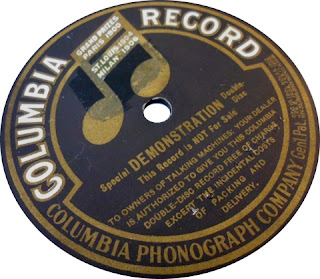 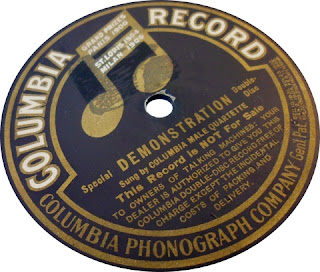 Just came across this one that has been stacked in a 'common' box for a few years. (It is rather fun to go junking around your own collection...you never know what you packed away)

These sides seem to have a just-shy-of-r&b tinge to them.

The Four Knights were originally a gospel quartet based out of Charlotte, NC. 1945 saw them picked up by a major label, Decca, and a shift to more secular fare.

This was also basically Andy Kirk's last recording session other than a few on-demand pick-up sessions in 1949 and the 1950s.

(I was just alerted to the fact that Eddie Davis is indeed "Lockjaw." Thanks to Jazzrealities!) 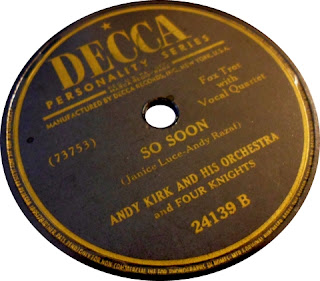 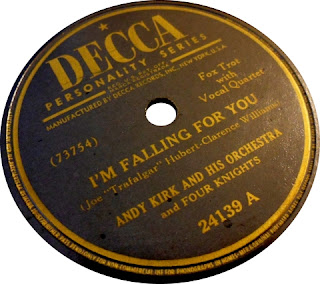