Have you ever found that one record that made your heart skip a beat when you saw the label...only to slide it out of the sleeve, see it in the light and make you wanna curse the world? Well...this one is a little bit like that but instead of the world...you just wanna curse the person who owned it when it slipped into its present condition.

I found this one after getting home and searching through nearly 3,000 78's I had just purchased...almost sight unseen. It looks like it shouldn't make a coherent sound (and some may judge the results to be just that...incoherent), much less play at all, but I decided to give it one attempt and capture the audio. 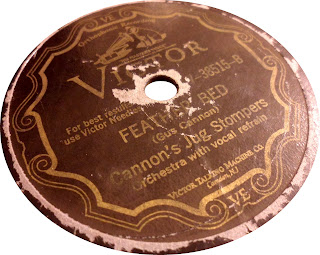 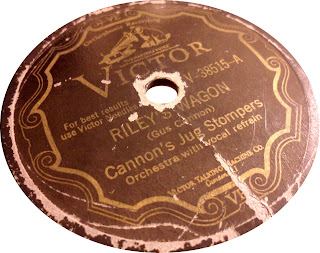 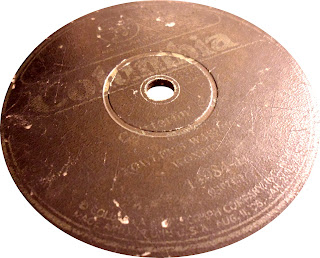 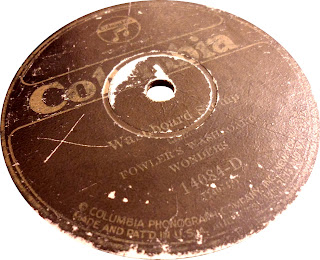 Eddie Lang's (Salvatore Massaro) story has haunted me since I discovered it years ago...one of those classic "what if's." He was one of the pioneers of jazz (and blues) guitar and even crossed the early color barrier recording with Lonnie Johnson, Bessie Smith, King Oliver & Louis Armstrong.

At the urging of Der Bingle, Lang went in for a tonsilectomy at age 30...and didn't come out. His is one of many jazz & blues artists' lives that was snuffed out too early and although he left behind a large recording legacy...it still makes me ask...what if?

I don't have any Blind Willie Dunn's in my collection but I did discover this 78 in my garage last week. It's a little beat up but you can still hear that guitar! 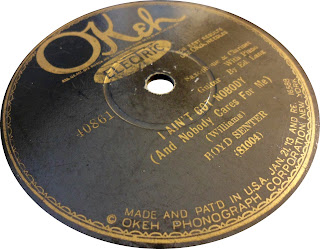 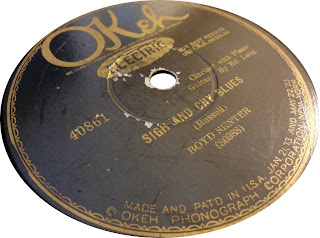 Email ThisBlogThis!Share to TwitterShare to FacebookShare to Pinterest
Labels: Boyd Senter, Eddie Lang, I Ain't Got Nobody, Okeh 40861, Sigh And Cry Blues

I came across this 78 after answering an ad about a Victrola full of Roy Acuff / Red Foley records. It was tucked nice and neat near the bottom in what looked to be the original sleeve. I also found an Alabama Four which made the haul that much sweeter.

The Victrola now sits in my living room, which is quickly looking more and more like a phonograph museum. (I'm not a collector of phonographs...they are just necessary to get to the wax)

By the way, the lady sold her Victrola and records so she could buy a dog. May I suggest the name Nipper?

The line up for the following record is as follows: 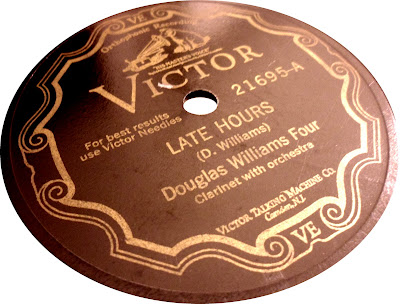 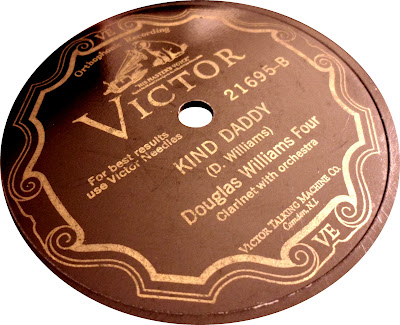 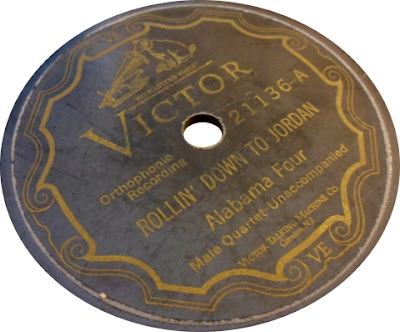 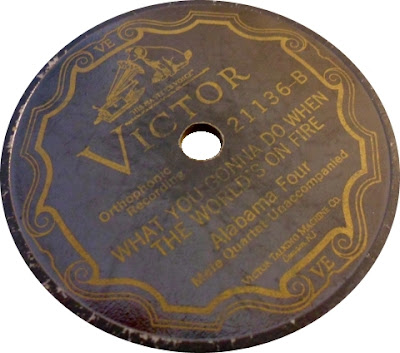 Email ThisBlogThis!Share to TwitterShare to FacebookShare to Pinterest
Labels: Alabama Four, Douglas Williams Four, Kind Daddy, Late Hours, Rollin' Down To Jordan, Victor 21136, Victor 21695, What You Gonna Do When The World's On Fire

I found this record while looking through some boxes in the garage (I still find stuff out there that surprises me!) and seeing the titles, put it on the turntable. Immediately, the guitar playing caught my attention. I posted this on a facebook site to see if anyone could help me identify the musician and quickly got a reply...Albert Harris. Thanks Rob!
Click below and give it a spin. 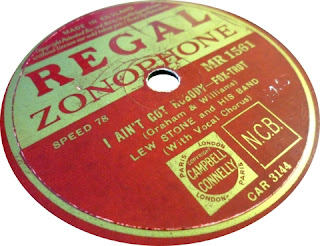 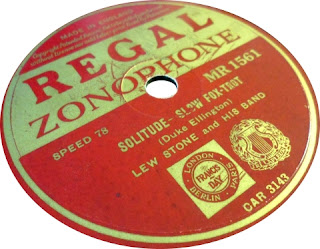 Email ThisBlogThis!Share to TwitterShare to FacebookShare to Pinterest
Labels: I Ain't Got Nobody, Lew Stone, Regal Zonophone, Solitude 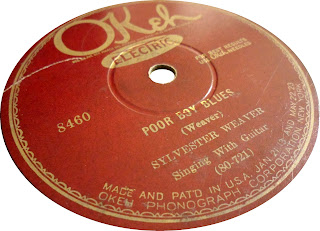 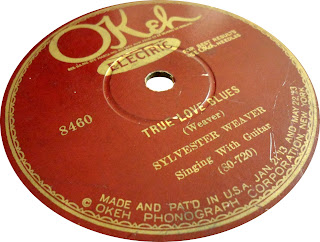 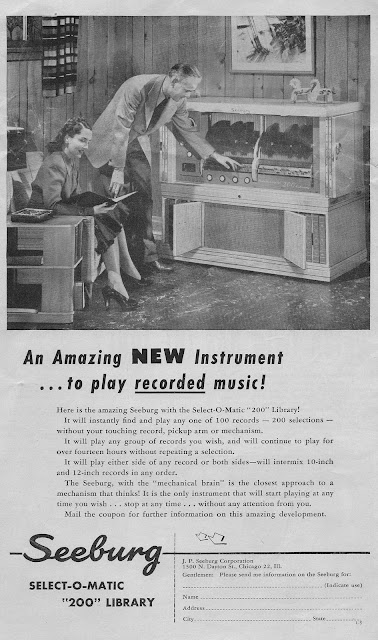 The Lonesome Road by The Rev. 'Satchel Mouth' Armstrong
Posted by HeyPally No comments:

Come Over Here
Posted by HeyPally No comments: