These are not reissues of the same two sides found on the 1925 Victor batwing (19645) by the New Orleans Rhythm Kings...both of these tunes are alternate takes from that earlier session and were made available for the first time on this Bluebird release.

Now...I've got to find the batwing. 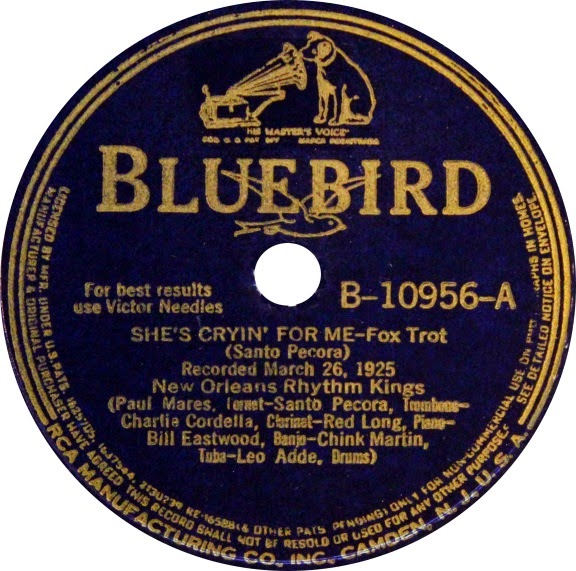 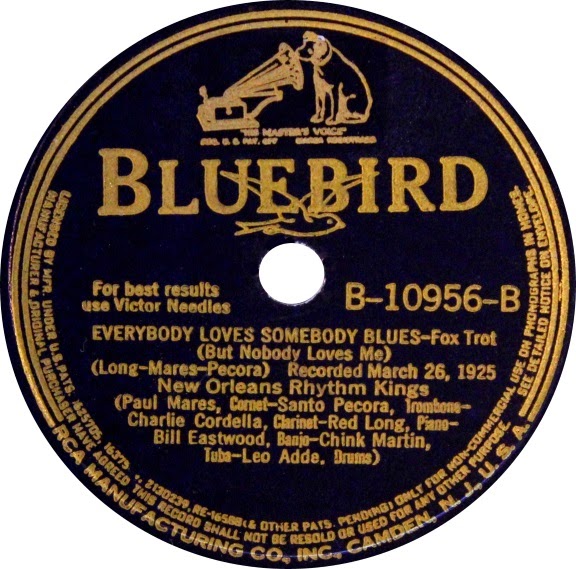 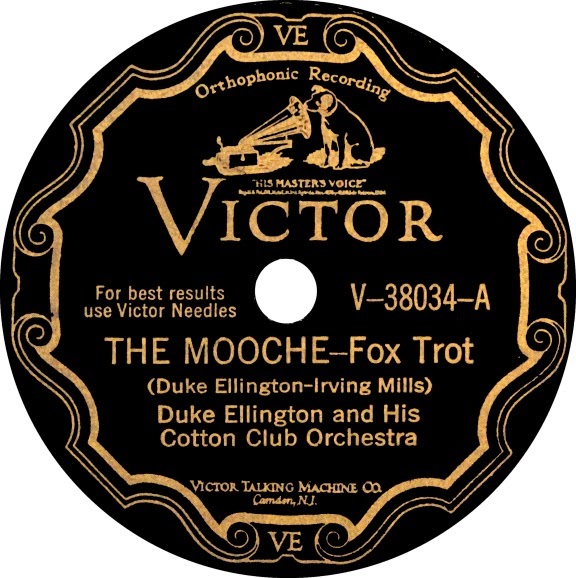 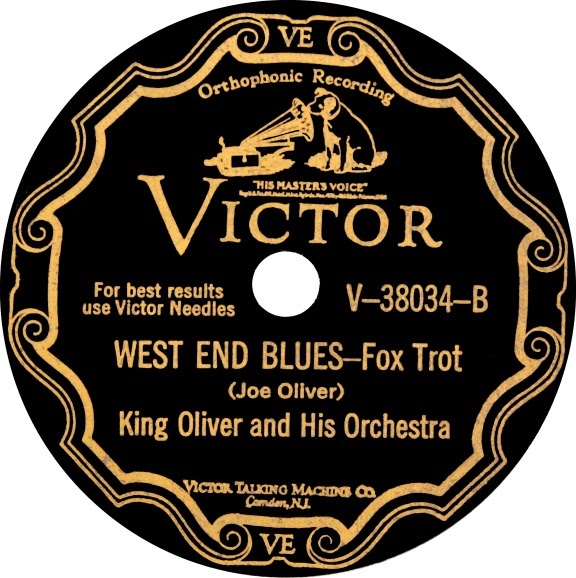 Jones was born in Jackson, Mississippi in 1924. He arrived in Chicago in 1945 in the company of Little Walter and "Baby Face" Leroy Foster, and soon replaced pianist Big Maceo Merriweather in Tampa Red's band after Merriweather suffered a stroke which paralysed his right hand. He later backed Muddy Waters on harmonica, and recorded (on piano and vocals) with Waters for the Aristocrat label in 1949. From 1952 to 1956 he played and recorded with Elmore James, and in later years he worked with Howlin' Wolf, Billy Boy Arnold and Magic Sam, among others.

Like several other Chicago pianists of his era, his style was heavily influenced by Big Maceo Merriweather, from whom he had learned, and for whom he played piano after Merriweather's stroke. Jones's 1949 side Big Town Playboy is regarded as a classic of the genre, and was covered by guitarist Eddie Taylor in 1955.

Popular with audiences, Jones was a heavy drinker and had a reputation as a wild character. According to Homesick James, who worked and toured with them in the 1950s, "Elmore and Johnnie used to just have a fight every night."

Jones married his wife Letha in 1952. He died of bronchopneumonia in Cook County Hospital, and was interred at Restvale Cemetery in November 1964.

On May 14, 2011 the fourth annual White Lake Blues Festival took place at the Howmet Playhouse Theater in Whitehall, Michigan. The event was organized by executive producer, Steve Salter, of the nonprofit organization Killer Blues to raise monies to honor Jones unmarked grave with a headstone. The concert was a success, and a headstone was placed in June, 2011. 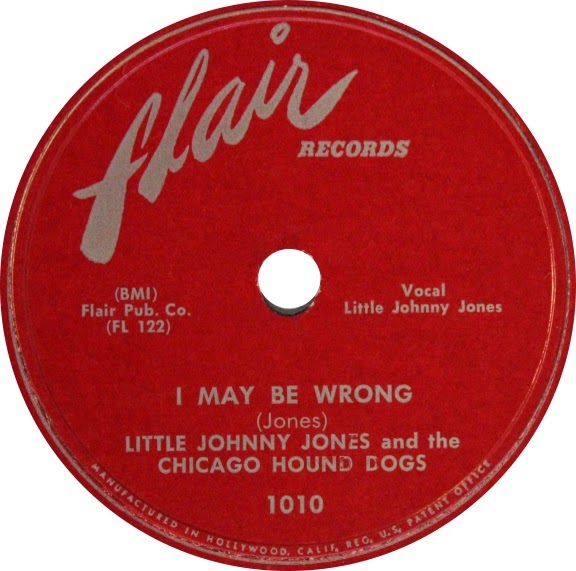 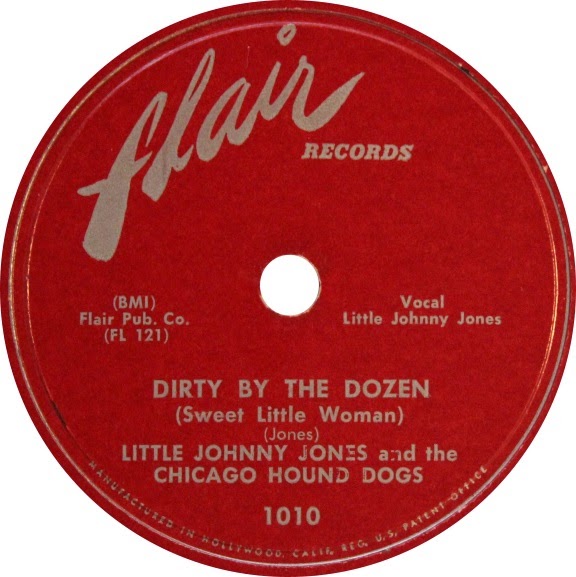 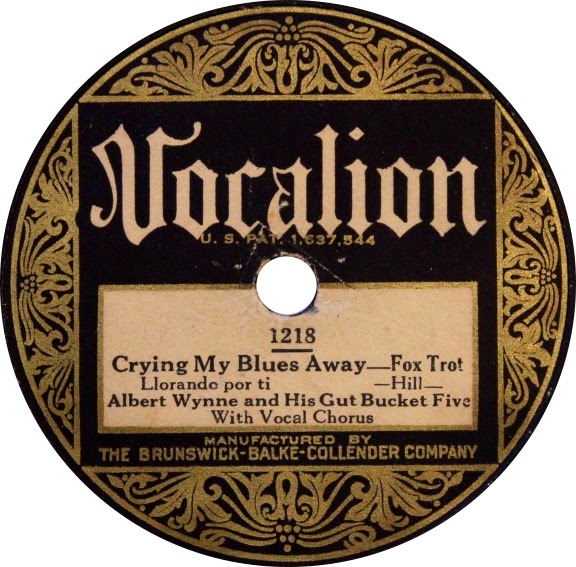 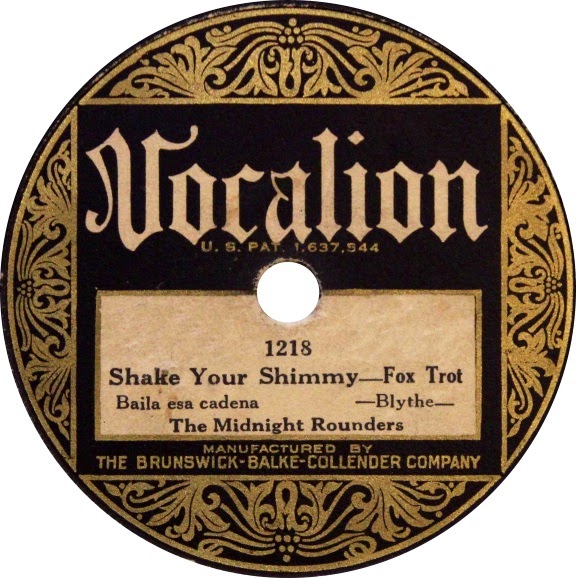 Judging by appearance, I didn't hold out much hope for this one when I came across it in a stack back in 2013. But it's turning out to be a diamond in the rough.

Still trying to crack its story but it may go something like this:

In 1952, Ike Turner and Jules Bihari (one of the brothers who owned Modern, RPM, Flair, Meteor and Kent labels) brought a portable recording machine and setup into a music store in Little Rock. They recorded these two sides, among others, featuring Sunny Blair on harmonica and vocals, Baby Face Edgar Turner on electric guitar...maybe Ike on guitar? and Bill Russell on drums? 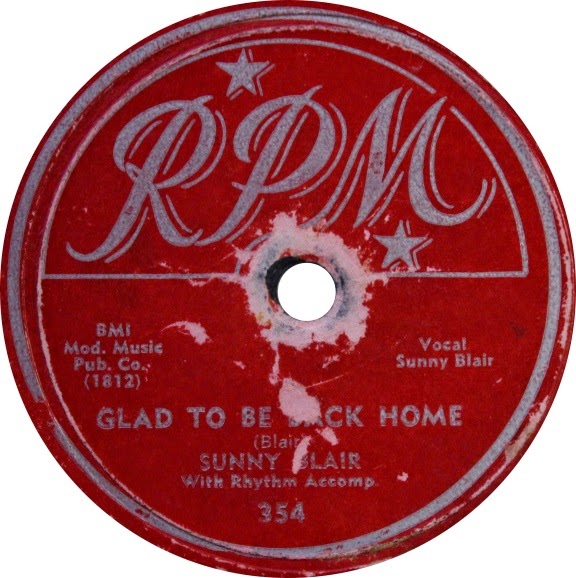 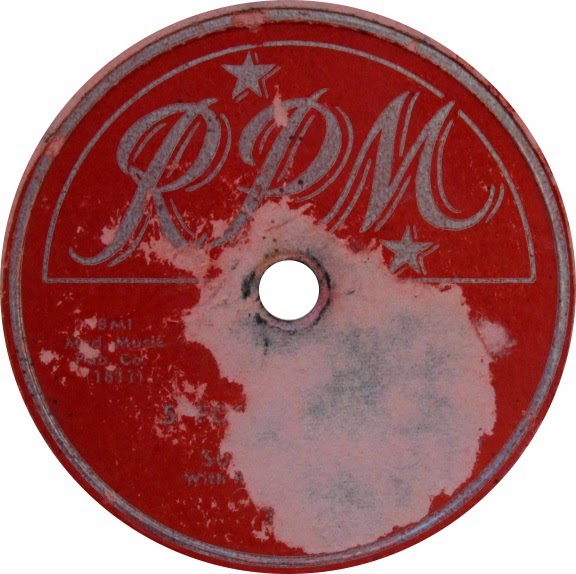