Next up we have a couple of Ellington sides on Brunswick.

I first heard I've Got To Be A Rug Cutter on the very first Chuck Cecil's The Swingin' Years radio show I had listened to some 15-20 years ago. Although I moved away from being able to hear it on local radio...I can still catch the show online on Saturday & Sunday mornings here. 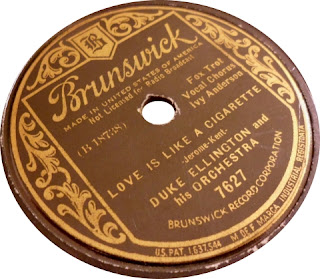 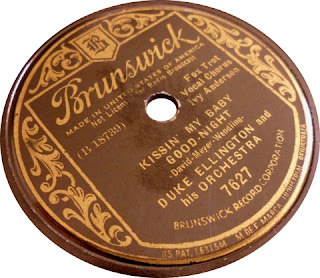 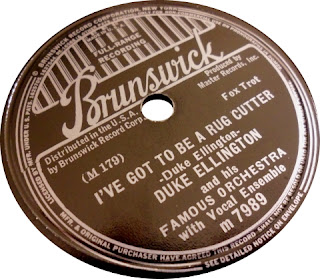 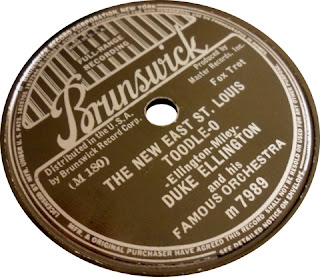 Email ThisBlogThis!Share to TwitterShare to FacebookShare to Pinterest
Labels: Brunswick 7627, Brunswick 7989, Duke Ellington, I've Got To Be A Rug Cutter, Love Is Like A Cigarette

Not sure where I picked this one up but I'm 100% positive that it came home with me because of the labels. This group appears to be a Nathan Glantz band with vocals by Charles Hart. 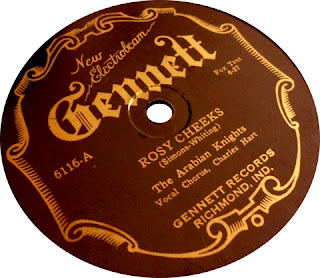 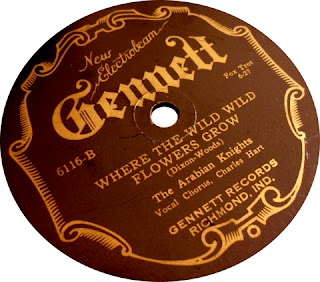 Although continuing with Perry Bradford thread, the focus here is more about James P. Johnson and quite possibly, the Ellington sidemen.

Rust lists the personnel as follows...most with question marks: 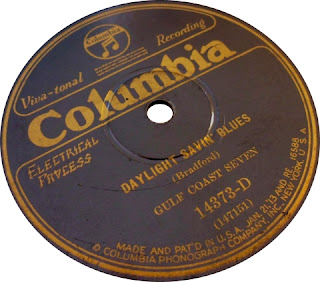 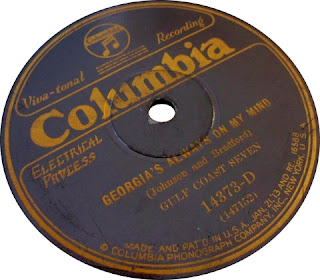 Continuing with the Perry Bradford theme.

Ethel Ridley apparently recorded ten sides...four accompanied by Perry Bradford either alone or with his group. 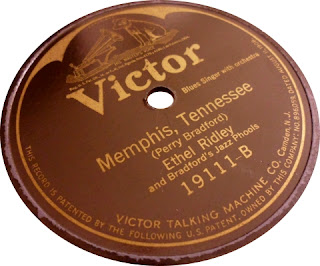 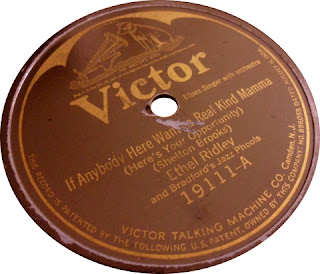 Sticking with the blue Columbia label, here we have The Gulf Coast Seven, which was another name for Perry Bradford's Jazz Hounds.

This is their second recording session under this name and one of four total made for Columbia.

There is at least one more Bradford outfit, called The Gulf Coast Minstrels (basically a comic dialog), that was recorded on Columbia in 1923 also. The Nick Tosches' book Where Dead Voices Gather is the only information I could find on the net linking Bradford to the recording 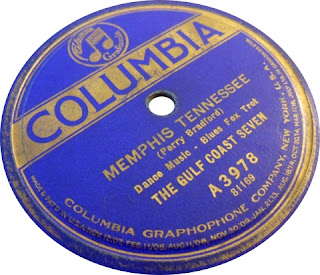 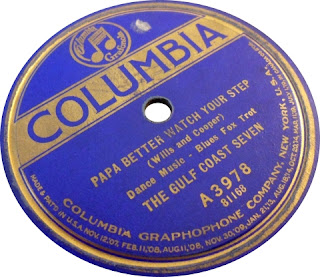 Here is Amanda Brown (who recorded more prolifically under the pseudonym Viola McCoy) accompanied by Porter Grainger on piano on her second session with Columbia about a month after her first recording session on the Gennett label earlier in March of '23. 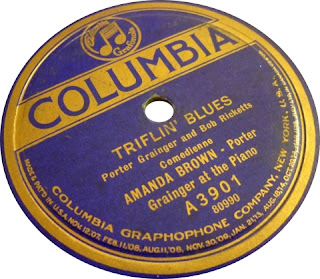 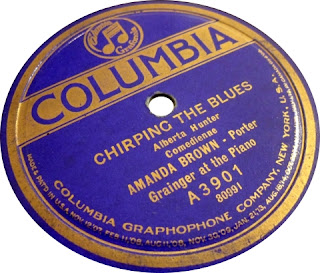 Had this record for a while but never played it...not even sure where or how I acquired it...but attempting to give it a listen recently, I discovered that it was unplayable. Not sure why but the grooves are not completely round and when the stylus reached a certain part in the rotation, it would jump inward several grooves. I tried heavier tracking but there was no difference. I sleeved it, put it away and basically forgot about it.

Pulling it out today, and remembering the sick feeling of having a wonderful record and not being able to play it, I thought I would try to track it at 33 rpm (45 rpm was still too fast)...and...it didn't jump the grooves! I had recently found out that Audacity software had a speed changer for those who wanted to record 78s but didn't have access to a 78 player. 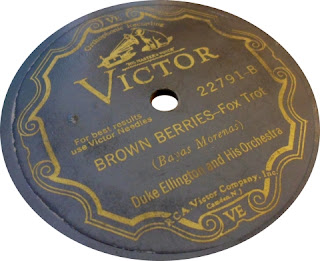 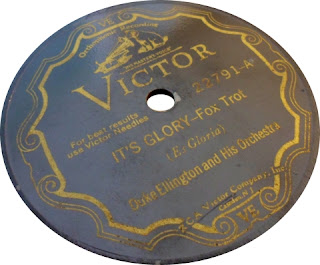 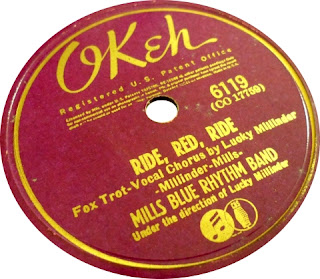 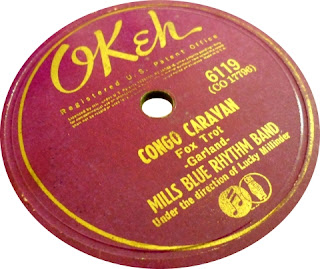