Just one lone side by John Tobin's Midnight Serenaders. 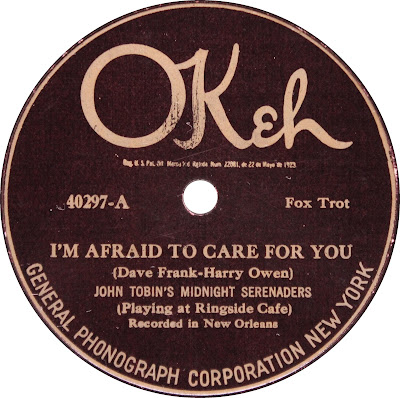 Here's a Pennsylvania group that had several notables pass through its ranks prior to this sole New Orleans recording session (resulting in just two songs) including Jimmy and Tommy Dorsey, Fred Fuzzy Farrar, and Eddie Lang. 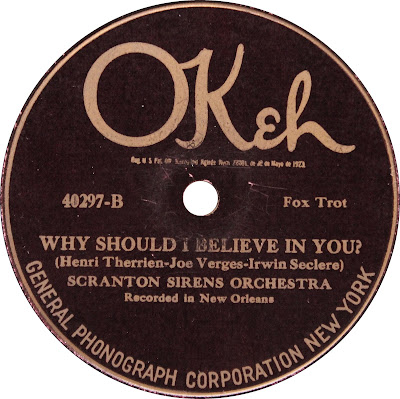