Jimmy Wilson (born 1921, Louisiana / died 1965, Dallas, TX) Wilson was singing in California with a gospel quartet when his distinctive, bluesy lead was noticed by impresario Bob Geddins, who recorded Wilson as the blues singer with his band, Bob Geddins’ Cavaliers, and in his own right, for his Cava Tone label, often in the company of legendary Bay Area guitarist Lafayette Thomas. Some of these tracks created enough of a stir for Aladdin Records to take an interest and purchase some of ’s masters from Geddins, and later during 1952, began recording for Aladdin Records and its small subsidiary 7-11.

In 1953 again signed with Geddins to record for his new label, and the first release, ‘Tin Pan Alley’, although not a original, was a tremendous success and has since become synonymous with his name. Most of ’s mid-50s output was issued on , although occasional releases appeared on Irma and Elko (the latter under guitarist Jimmy Nolan’s name), and four tracks were issued on the Chart label.

Later recordings did not match up to the doomy Bay Area sound of his Geddins tracks, despite a couple of attempts at the ‘Tin Pan Alley’ sound and a good local seller, ‘Please Accept My Love’ on Goldband, which was covered successfully by B.B. King.

died in 1965 of drink-related problems, virtually forgotten by the record-buying public.

Born in , Thomas first heard blues guitar from his uncle Jesse Thomas, but Lafayette Thomas did not play professionally until 1947, in .

"Lafayette" Thomas was the famous guitarist of Jimmy McCracklin's Blues Blasters, which he joined in 1948 and recorded with right through the 1950s. He was influenced by Lightnin' Hopkins and T-Bone Walker and joined Bob Geddins and the Cavaliers in 1949. The bulk of his recordings were with Jimmy McCracklin in the 1950s, and for Modern in 1952-53. He soloed on his own "Standing in the Back Door Crying," recorded at a 1954 McCracklin session with Modern Records.

In 1958 he moved to , working with Sam Price and playing on Bluesville album dates by Memphis Slim and Little Brother Montgomery, but soon went back west, though he let his music lapse.

Late in 1968, he recorded his first sides for the World Pacific record label on Oakland Blues, a compilation album of artists from that city. He remained semi active in the early 1970s working with Sugar Pie DeSanto.

Thomas died from a heart attack, in , at the age of 48. In his 1977 obituary Tom Mazzolini, producer of the San Francisco Blues Festival wrote: "Unquestionably the finest guitarist to emerge from the San Francisco-Oakland blues scene, there is hardly a guitarist around here today who doesn't owe a little something to Lafayette Thomas…" 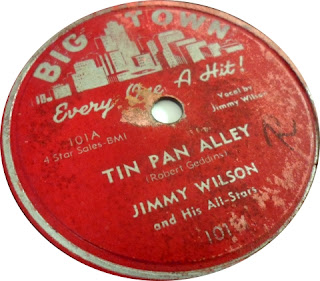 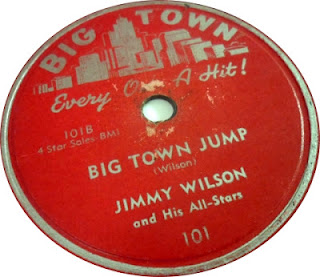