I recently found and sold an Andrews Sisters 78 (Decca 3598). I then used the proceeds to get the following record...even had enough left over for a Dr. Pepper.

Jones grew up in . Jones suffered from a stiff leg and walked with a limp; fellow musicians gave him the nickname "Richard My Knee Jones" as a pun on his middle name. In his youth he played alto horn in brass bands. His main instrument, however, became the piano. By 1908 he was playing in Storyville, the red-light district of . A few years later, he often led a small band which sometimes included Joe Oliver. Jones also worked in the bands of John Robichaux, Armand J. Piron, and Papa Celestin.

In 1918 Jones moved to . He worked as manager for publisher Clarence Williams. Jones began recording in 1923, making gramophone records as a piano soloist, accompanist to vocalists, and with his bands The Jazz Wizards and The Chicago Cosmopolitans. He recorded for Gennett, OKeh, Victor, and Paramount Records in the 1920s. He also worked for OKeh Records as supervisor of the company's "Race" (African-American) Records for most of the decade. In the 1930s he played a similar role for Decca.

Richard M. Jones worked for Mercury Records until his death in 1945. 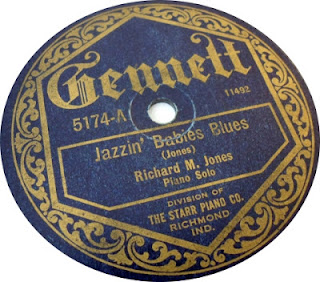 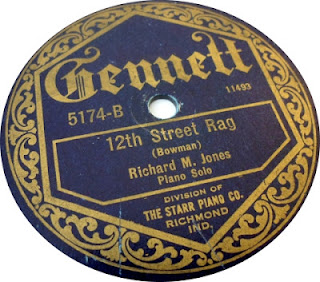