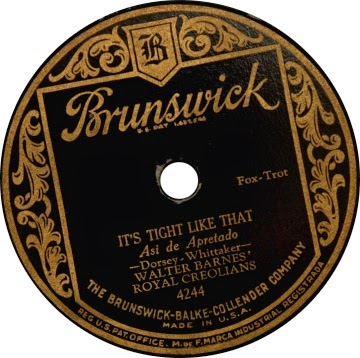 Jabbo Smith, born as Cladys Smith (December 24, 1908 – January 16, 1991) was a United States jazz musician, known for his hot virtuoso playing on the trumpet.

Smith was born in Pembroke, Georgia. At the age of 6 he went into the Jenkins Orphanage in Charleston, South Carolina where he learned trumpet and trombone, and by age 10 was touring with the Jenkins Band. At age 16 he left the Orphanage to become a professional musician, at first playing in bands in Philadelphia, Pennsylvania and Atlantic City, New Jersey before making his base in Manhattan, New York City from about 1925 through 1928, where he made the first of his well regarded recordings.

In 1928 he toured with James P. Johnson's Orchestra when their show broke up in Chicago, Illinois, where Smith stayed for a few years. His series of 20 recordings for Brunswick Records in 1929 are his most famous (19 were issued), and Smith was billed as a rival to Louis Armstrong. Unfortunately, most of these records didn't sell well enough for Brunswick to extend his contract.

In March 1935 in Chicago, Smith was featured in a recording session produced by Helen Oakley under the name of Charles LaVere & His Chicagoans, which included a vocal by both Smith and LaVere on LaVere's composition and arrangement of Boogaboo Blues. It is an early example of inter-racial blues recordings, although far from the first as such had been made at least since c. 1921.

In the 1930s, Smith moved to Milwaukee, Wisconsin which would be his main base for many years, alternating with returns to New York. In Milwaukee he collaborated with saxophonist Bill Johnson. Subsequently, Smith dropped out of the public eye, playing music part-time in Milwaukee with a regular job at an automobile hire company.

Jabbo Smith made a comeback starting in the late 1960s. Many young musicians, fans, and record collectors were surprised to learn that the star of those great 1920s recordings was still alive. Smith successfully played with bands and shows in New York, New Orleans, Louisiana, London, and France through the 1970s and into the 1980s. 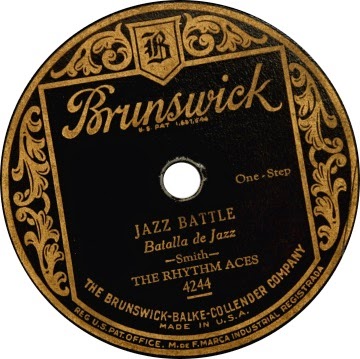