What a great pairing of early Victors on a re-issued Bluebird!

Their 1932 recording of Tiger Rag has been cited for its "wild, informal feel" as an early precursor of rock and roll. Their music was also highly influential on the skiffle music of the 1950s and later.

For the most part, they recorded for Victor. The 'Alabama Washboard Stompers' were on Vocalion. There was a March 8, 1933 session of 8 sides recorded for John Hammond at Columbia primarily for export to the UK. Two of the tracks were subsequently issued in the US on Columbia 14680-D, which was the last issued record on the legendary 13000-D/14000-D Race Series.

They also recorded for ARC in August, 1933 and those sides were issued on their Banner, Domino, Melotone, Oriole, Perfect, and Romeo labels. As 'Georgia Washboard Stompers', they were on the newly formed Decca label in late 1934 and early 1935. 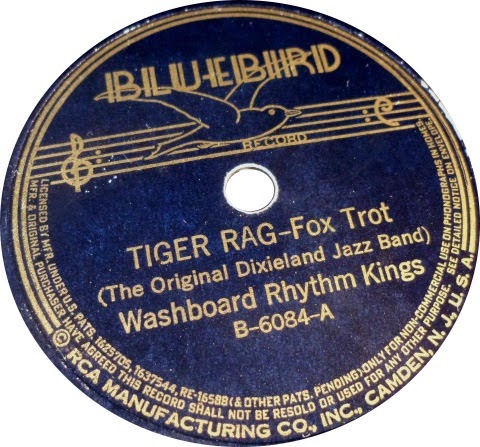 The Missourians started out as Wilson Robinson's Syncopators in the early 1920s and then formed their identity while operating as Andrew Preer's Cotton Club Orchestra from 1925-27, when they were the house band of the Cotton Club. The ten-piece group toured with Ethel Waters in 1927 and changed its name to The Missourians at the time, since it was no longer based at the Cotton Club.

The band played regularly at the Savoy Ballroom from 1928-29 under the direction of altoist George Scott. Although they had recorded I've Found a New Baby under Andrew Preer's leadership in 1927 (when one of its trumpeters was Sidney DeParis), its main accomplishments were the dozen hot recordings that it made as The Missourians for RCA from 1929-30. However, the band was struggling and would have broken up were it not for Cab Calloway, who had first started working with The Missourians in 1929. Calloway hired all of the musicians as the nucleus of his orchestra in 1930 and once again they had great success at the Cotton Club. But this time The Missourians (whose name was dropped) were quite subservient to its leader, no longer having its own separate identity. And over time, one by one, the musicians were replaced by Calloway as The Missourians passed into history. 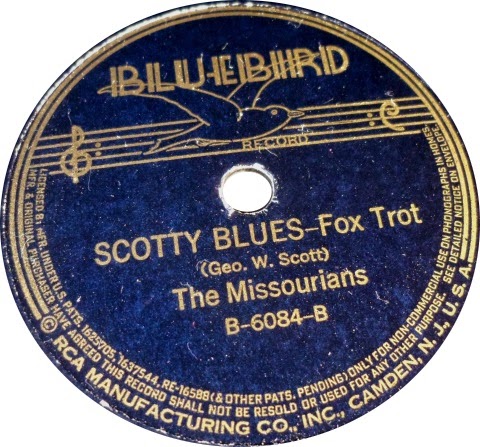