Don Byas was born in Muskogee, Oklahoma. Both of Byas' parents were musicians. His mother played the piano, and his father, the clarinet. Byas started his training in classical music, learning to play violin, clarinet and alto saxophone, which he played until the end of the 1920s. Benny Carter, who played many instruments, was his idol at this time. He started playing in local orchestras at the age of 17, with Bennie Moten, Terrence Holder and Walter Page. He founded and led his own college band, "Don Carlos and His Collegiate Ramblers", during 1931-32, at Langston College, Oklahoma.

Byas switched to the tenor saxophone after he moved to the West Coast and played with several Los Angeles bands. In 1933, he took part in a West coast tour of Bert Johnson’s Sharps and Flats. He worked in Lionel Hampton’s band at the Paradise Club in 1935 along with the reed player and arranger Eddie Barefield and trombonist Tyree Glenn. He also played with Buck Clayton, Lorenzo Flennoy and Charlie Echols. 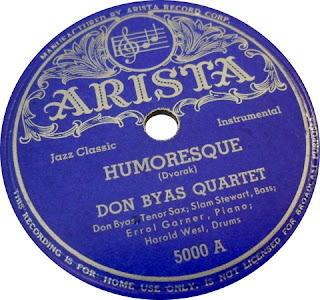 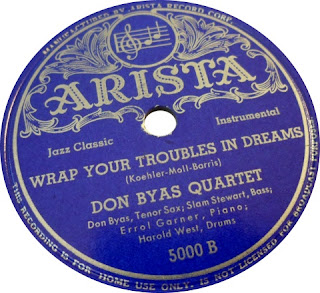