Jimmy "T99" Nelson (April 7, 1919 – July 29, 2007) was an American jump blues and rhythm and blues shouter and songwriter. With a recording career that spanned over 50 years, Jimmy "T99" Nelson became a distinguished elder statesman of American music. His best known recordings are T-99 Blues and Meet Me With Your Black Dress On.

Nelson got his start singing in church. In 1941, he saw a performance by Big Joe Turner while he was visiting Oakland, California, and realized he wanted to sing the blues. Turner taught Nelson about singing, performance and the music business. Nelson, in turn, absorbed the shouting style of his mentor.

From 1951 through 1961, Jimmy Nelson and the Peter Rabbit Trio released eight singles with the Bihari Brothers' Modern/RPM label. The biggest of these was T-99 Blues (which referred to the old Texas Highway #99), which debuted in June 1951. It stayed on the US Billboard R&B chart for twenty-one weeks and reached number 1. In 1952, Nelson had another RPM hit with Meet Me With Your Black Dress On. 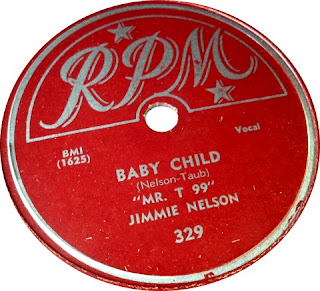 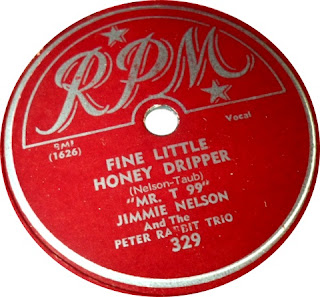