Finally got a Diamond from Farish Street.

Willie Love (November 4, 1906 – August 19, 1953) was an American Delta blues pianist. He is best known for his association with, and accompaniment of Sonny Boy Williamson II.

Love was born in Duncan, Mississippi, and in 1942, he met Sonny Boy Williamson II in Greenville, Mississippi. They played regularly together at juke joints throughout the Mississippi Delta. Love was influenced by the piano playing of Leroy Carr, and adept at both standard blues and boogie-woogie styling.

In 1947 Charley Booker moved to Greenville, where he worked with Love. Two years later, Oliver Sain also relocated to Greenville to join his stepfather, Love, as the drummer in a band fronted by Williamson. When Williamson recorded for Trumpet Records in March 1951, Love played the piano on the recordings. Trumpet's owner, Lillian McMurray, had Love return the following month, and again in July 1951, when Love recorded his best known number, the self-penned, "Everybody's Fishing." Love played piano and sang, while the accompanying guitar come from Elmore James and Joe Willie Wilkins.

After suffering the effects of years of heavy drinking, Love died of bronchopneumonia, in August 1953, at the age of 46. He was interred at the Elmwood Cemetery in Jackson, Mississippi.

Recorded in Jackson, Mississippi on December 1, 1951. 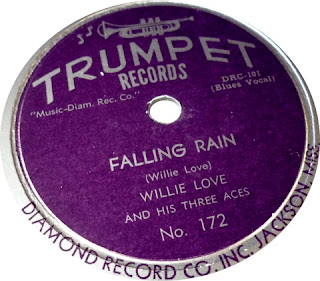 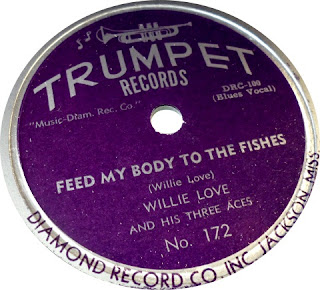