It's always nice to add to my collection of early Cuban and Puerto Rican 78s...although I've yet to find a single Puerto Rican one. Still though, hope springs eternal.

Here are some of my other Cuban 78s.

Not finding much information on Pedro Via but I am finding mentions of Jose 'Chiquito' Socarrás...not sure if he was related to the famous Alberto Socarrás, the famed Cuban that recorded with Clarence Williams jazz bands.


The English lyrics were written by Stanley Adams, and was played by Harry Roy & His Orchestra. It was published in late 1934. The most successful early recording, in 1934, was by the Dorsey Brothers. 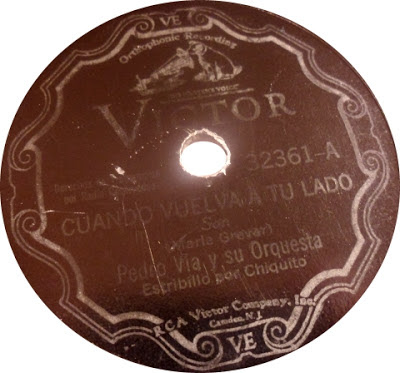 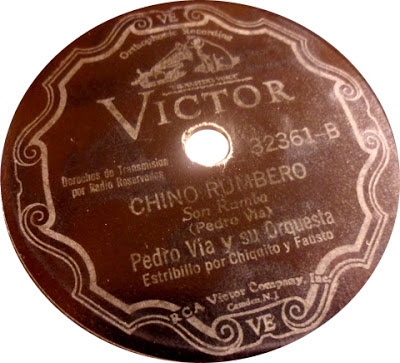