Would really like to find the other two records they made from their lone recording session in Havana in 1928...Victor 80657 and 81625.

This group developed in at the end of the 19th century. It was significantly different from the típicas, both in music, instruments and racial composition (the members were usually white). The genres of music played included danzón, bolero, son and guaracha. The instruments included tres, marimbula, kettle drums or pailas criolla (timbales). This instrumental line-up prefigures that of the sextetos which appeared later, rather than the older típicas. The members would be based on university students, probably reinforced by talent from other quarters. Similar Estudiantina groups were formed in other provincial towns.

Giro gives this set-up as characteristic of Estudientinas: two tres, 1st and 2nd; two guitars; one trumpet; botija or double bass; paila (timbal); cencerro (cow-bell); güiro; three singers, 1st, 2nd and falsetto, and maybe both sexes. It is clear that estudientinas in different parts of had variations in membership, instruments and repertoire. 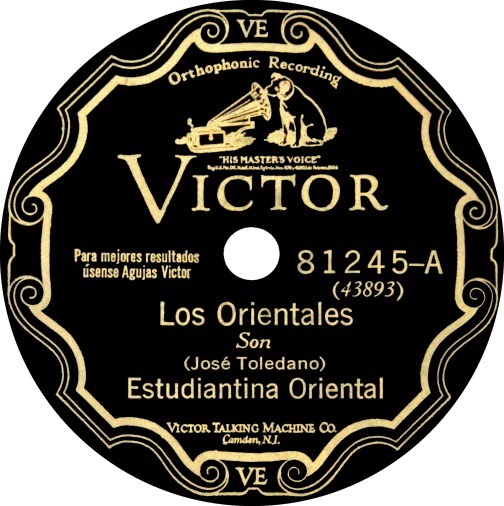 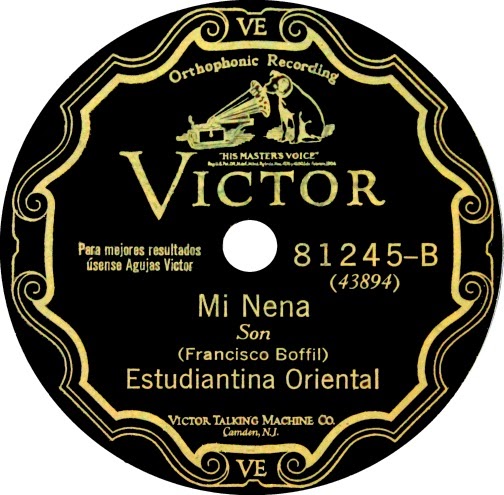