Just read where Roger Wolfe Kahn learned to play 18 instruments by the time he lead his first orchestra...at age 16. He apparently lost interest in music and in 1941, became a test pilot for Grumman.

George Olsen and His Music appear on the flip side. Although not on this recording, Fred MacMurray (movie and tv star) played saxophone in Olsen's group in 1930. I recently saw an episode of The Jack benny Show where many stars showed up for a jam session in Benny's living room...among them, MacMurray and his sax. 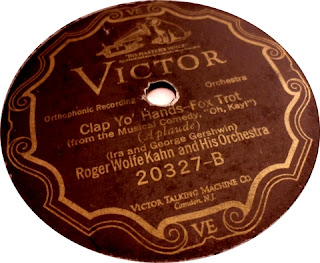 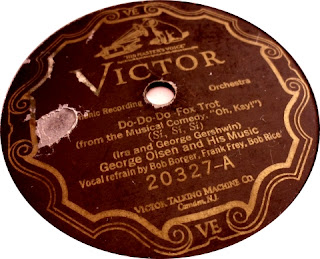