Just scored a Monk Hazel Brunswick...on the lookout for the other one now.

In addition to being a well regarded drummer, Hazel occasionally took solos on brass instruments, notably cornet and melophone. Monk Hazel was a fixture on the music scene for decades. Hazel's father was a drummer as well. Early on Monk played drums with Emmett Hardy, who gave him his first cornet, and then with Stalebread Lacombe.

In the 1920s, Hazel worked with many bands including those led by Abbie Brunies (the Halfway House Orchestra), Tony Parenti (with whom he recorded in 1925) and Johnny Wiggs. He led his own Bienville Roof Orchestra (which played for atop the Bienville Hotel at Lee Circle, and made recordings in 1928) and then spent time in New York playing with Johnny Wiggs, Jack Pettis and with his own group (1929–31).

Hazel was in for a period (working with Gene Austin) but eventually came back to , performing with Joe Caprano (1937) and the Lloyd Danton Quintet. Hazel spent 1942-43 in the Army and then worked for a time outside of music. However during his final 20 years, Hazel was once again quite active in , performing with Sharkey Bonano, George Girard, Mike Lala, Santo Pecora and virtually every other important name in jazz.

As a leader, Monk Hazel recorded four titles in 1928 for Brunswick Records and a full album for Southland Records in 1954; Pete Fountain and Al Hirt were among his sidemen on the latter recording. 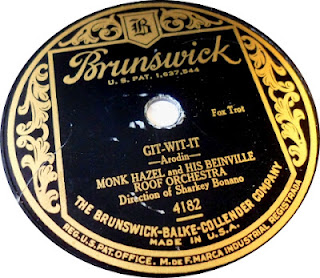 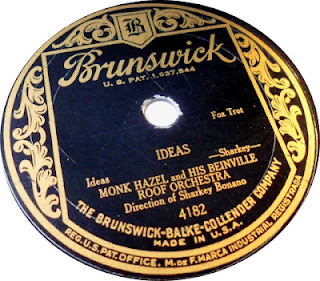