Several years ago, my wife and I went to see The Glenn Miller Orchestra conducted by Larry O'Brien. We were just about the youngest ones in attendance.

Just as everyone was almost seated, a well dressed elderly gentleman with a very elegant woman walked down the outside aisle and caught the eye of the orchestra leader which resulted in acknowledging smiles between the two.

My curiosity was laid to rest when, in between songs during the first set, Mr. O'Brien introduced Mr. Buddy DeFranco to the audience. During intermission, we approached both men and they graciously gave us their autographs.

Buddy DeFranco had lead the Glenn Miller Orchestra for 8 years in the '60s and 70's. He is the link for clarinetists bridging the Big Band Era and Bop. 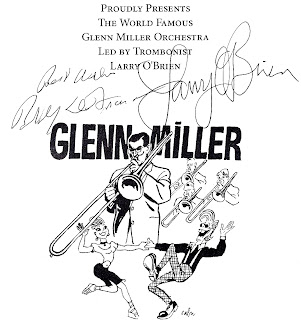 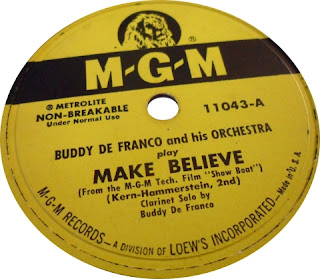 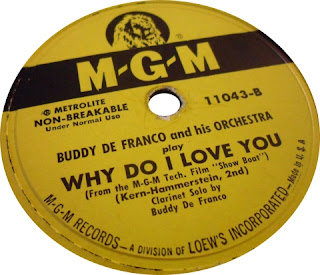 Email ThisBlogThis!Share to TwitterShare to FacebookShare to Pinterest
Labels: Buddy DeFranco, Glenn Miller, Make Believe, MGM 11043, Why Do I Love You