Added another one to the Big Easy collection (had to go across the pond for this one).

This was the first recording by The Arcadian Serenaders...which would be called that after this session. It's also Sterling Bose's debut recording.

Sterling Belmont "Bozo" Bose (September 23, 1906, Florence, Alabama - June 1958, St. Petersburg, Florida) was an American jazz trumpeter and cornetist. His style was heavily influenced by Bix Beiderbecke and changed little over the course of his life.

Bose suffered from an extended period of illness in the 1950s and eventually committed suicide in 1958. 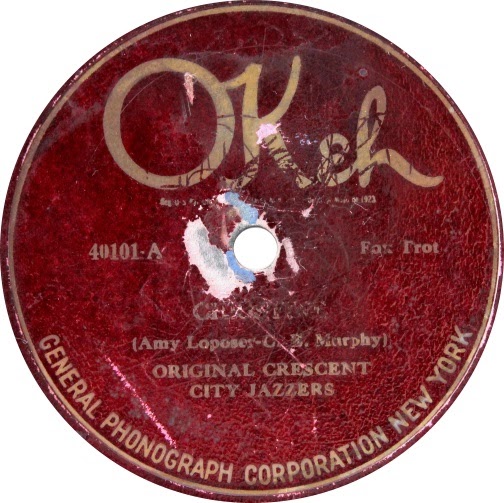