In 1915, Piron and Clarence Williams together started the Piron and Williams Publishing Company, and in their first year of business published Piron's composition, I Wish That I Could Shimmy Like My Sister Kate, which became his biggest hit. After touring briefly with W.C. Handy in 1917, he started an orchestra under his own name, which soon included such notables as Lorenzo Tio and Steve Lewis. Piron's New Orleans Orchestra quickly became the best paid African American band in , for Piron landed regular jobs at both the Spanish Fort amusement park and the exclusive white New Orleans Country Club.

Back in , he again lined up good jobs, returning to the Country Club, playing at Tranchina's Restaurant and on the excursion steamships Capital and President into the 1930s; in about 1935, he decided to dramatically change the sound of his orchestra to swing, in line with popular taste.

I really do wish that this record was in better shape. 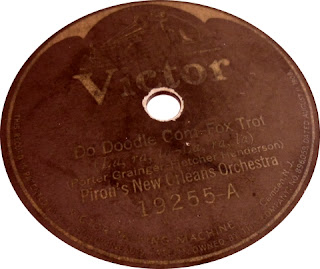 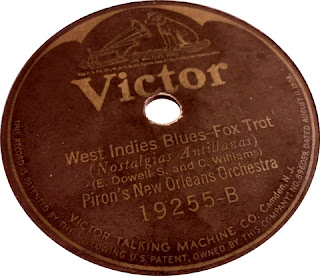