Due to the recent weather, there hasn't been a new post in several days. The hurricane decided to skirt us and take aim at Louisiana. Although New Orleans wasn't a direct hit...the storm decided to stop moving and just dump rain...25 inches. For a city built below sea level and shaped like a bowl, that's not good.

Here's a little Tin Roof Blues that the New York based New Orleans Jazz Band (their first side) recorded on Banner less than a year after the New Orleans Rhythm Kings first waxed the tune on Gennett. 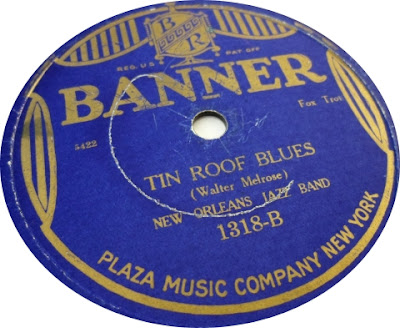 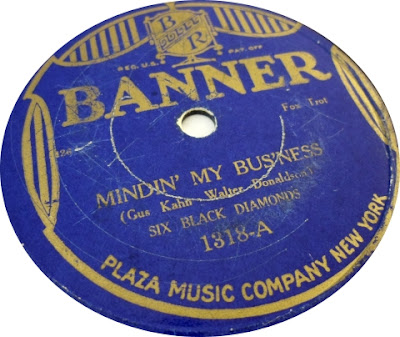