Just got back from my most recent 78 hunting adventure...almost passed out from the heat searching every nook and cranny of an old outbuilding full of all kinds of records and vintage stereo equipment.

Came across this one buried deep in a bunch of maroon King labeled country 78s (for a change, I snatched those up too).

I may be wrong (sometimes Rust's Discographies trip me up on personnel from one recording session to the next) but I believe that Red Nichols is present on the Varsity Eight (a pseudonym for the California Ramblers) side. He allegedly played on a few of Paul Van Loan's (a former trombonist and arranger for Jean Goldkette) recordings but this isn't one of 'em. 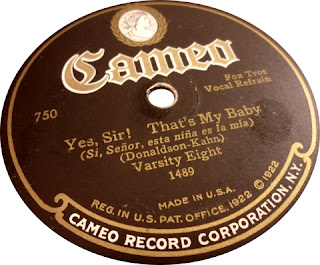 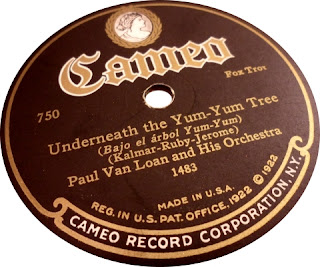