Here's a performer I've never heard of before but apparently was very influential in the burgeoning New Orleans rhythm & blues scene.

He waxed his first sides (the record here) before the mighty Fats Domino...and he was only 15. He had several hits with his first label, black owned Coleman Records. They billed him as The World's Youngest Blues Singer.

Columbia records scooped him up quickly but the success wasn't the same as earlier.

In 1951, he met Johnny Otis and recorded sides on the Duke label and wrote Otis' hit, "Please Forgive Me."

Falling on hard times because of bad financial deals, he relocated back to New Orleans and started dating a white woman which was against the law and didn't sit favorably with the local authorities. The woman cut her hair short, dyed her roots jet black and applied man-tan cream to try and pass as at least Creole. It didn't work and when August tried to end the relationship, she shot him in the stomach with what one source says a shotgun and another says a rifle. While bleeding, police officers carried him to the nearby hospital but not before stopping off to have themselves a beer.

Produced by Allen Toussaint, he waxed his final side in 1965. 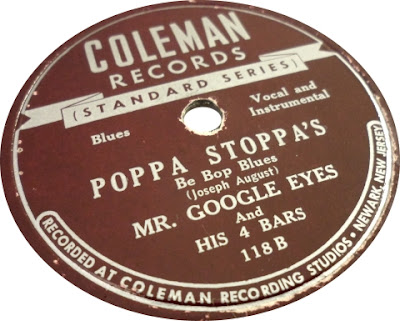