Fifteen years ago or thereabouts, when I was just getting into Big Band / Swing music, I found one of those greatest hits budget cds by various band leaders. On it was Krupa's Let Me Off Uptown. Hearing it once was all it took and it became a personal favorite from then on.

Like the earlier Artie Shaw post featuring Roy Eldridge, this song ranks right up there for me as a Swing Era favorite. 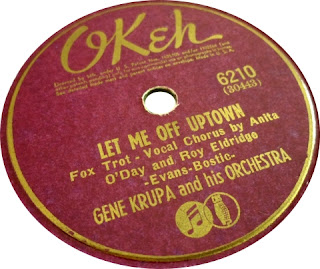 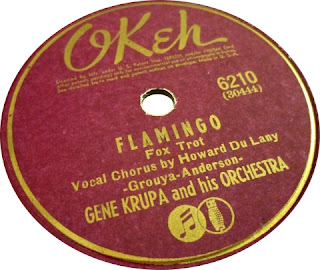