Not sure who had recorded this popular Mexican folk song first but I haven't found any recordings (yet) earlier than this one in 1945.

Of course Ritchie Valenz would record the definitive version over a decade later and would rank #345 in Rolling Stone's 500 Greatest Songs Of All Time.

Edit: Was just informed that there were at least two other versions recorded around the same time as this one... one on RCA by Andres Huesca not issued in the and one on Peerless. However, the first version is from 1936, on a Mexican Victor by El Jarocho. (Thanks Mike!) 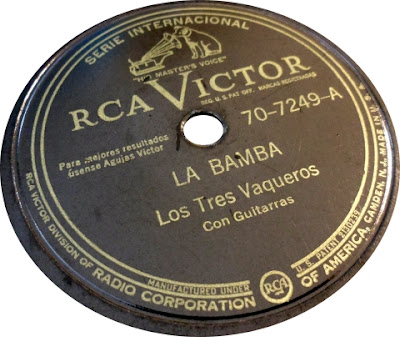