I was sitting here at the computer with The Grammys on the television but not really watching as my interest in 'new' music died sometime in the early 90s...and even then it was on life support. I happened to glance up at the screen to see an elderly gentleman playing the trumpet...it was a clip of Dave Bartholomew showing where he had just received this year's Grammy Trustees Award.

This man was instrumental (<--no pun intended) in the emergence of Crescent City Rhythm & Blues. He opened the door for many New Orleans' artists but none as great...in my opinion...as Antoine Fats Domino.

I recently found this 78 of Detroit City Blues / The Fat Man on Imperial 5058 from 1949 at a local record store in a box tucked away under some LP shelving. It took several visits but I finally became the owner.

To honor Dave Bartholomew for his Grammy award tonight...here is Fats Domino's first release under his own name performing 2 songs written by Fats and Mr. Bartholomew. 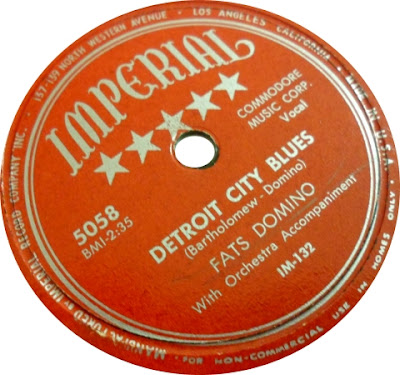 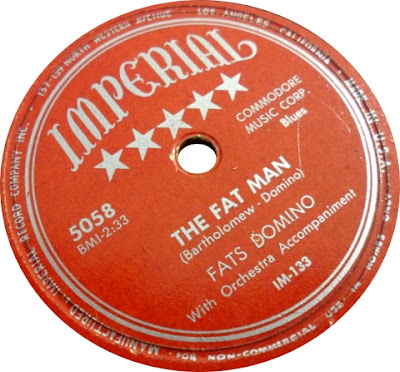