Didn't find too much information on Sonny Jones but did come across this from his son's entry in Wikipedia:

Guitar Gabriel (Robert Lewis Jones) was born in Atlanta, Georgia, moving to Winston-Salem, North Carolina at age five. His father, Sonny Jones (also known as Jack Jones, James Johnson, and as Razorblade for an act in which he ate razor blades, mason jars, and light bulbs) recorded for Vocalion Records in 1939 in Memphis, accompanied by Sonny Terry and Oh Red (George Washington). Sonny Jones also recorded a single for the Orchid label in Baltimore in 1950 (as Sunny Jones). His family, who grew up sharecropping, shared a talent for music. His great-grandmother, an ex-slave, called set dances and played the banjo; his grandfather played banjo and his grandmother the pump organ; his father and uncle were blues guitarists and singers and his sisters sang blues and gospel.

Recorded in July of 1939 in Memphis. Is Sonny Terry and Oh Red present? 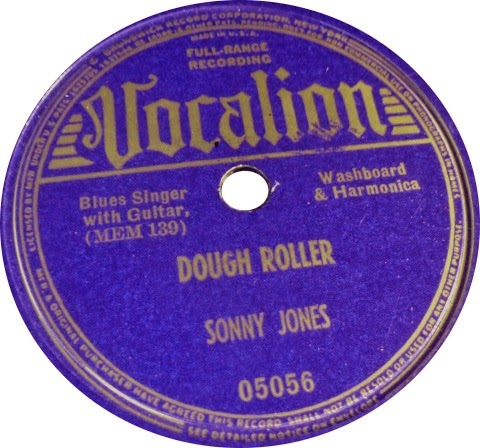 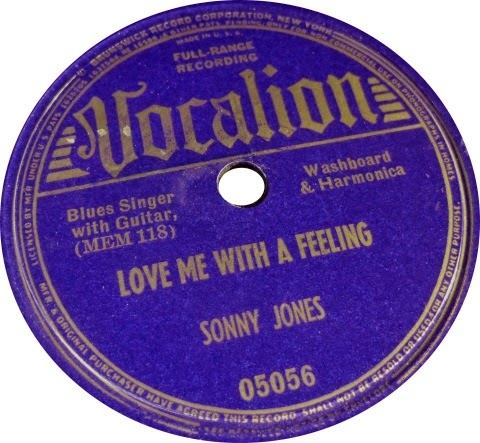