This side happened to be the first Drifters' tune to crossover to the mainstream Billboard charts...33 more would follow.

First vocal we hear is Bill Pinkney, a South Carolinian, a pitcher in the Negro Leagues and also the last original Drifter to pass away...in 2007.

Second lead will be by the great Clyde McPhatter. McPhatter was a fellow Tarheel from Durham, NC. After winning an Amateur Night at the Apollo, he joined Billy Ward's Dominoes and later was a founding member of the first incarnation of The Drifters. 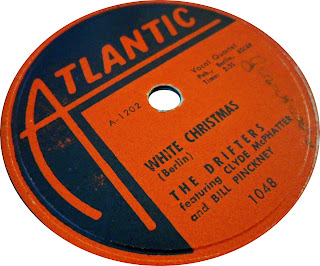